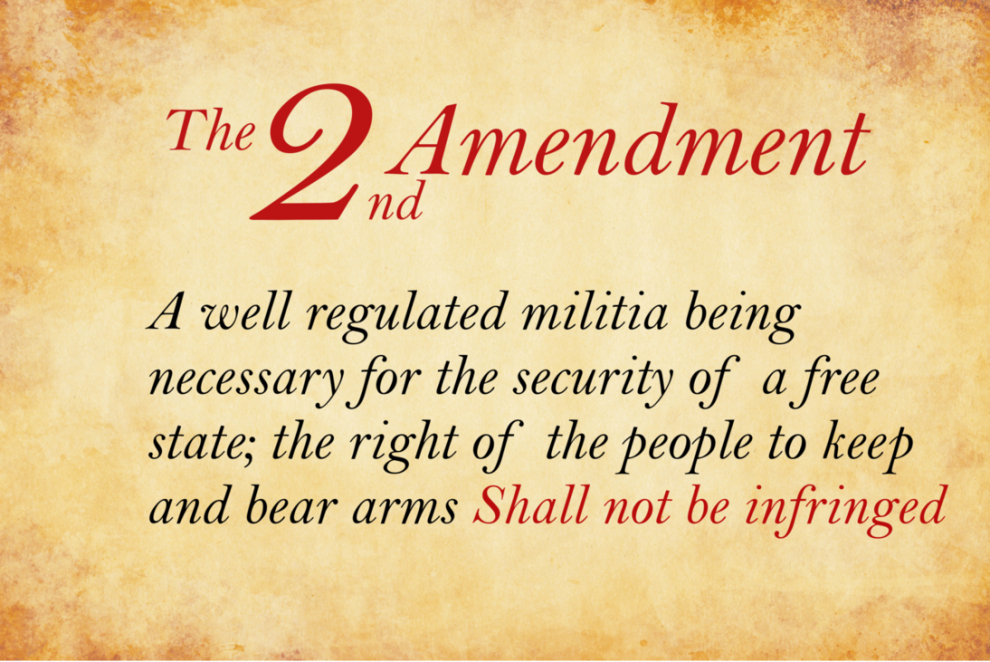 In the wake of the horrific Parkland, Florida school shooting, President Trump has unveiled a number of proposals to increase school safety. His best suggestion is that a select number of trained teachers, coaches, and staff members should be permitted to bear arms in our schools, so that attacks can be deterred, and, if necessary, shooters can be promptly neutralized. Few conservatives will balk at the idea that guns can indeed promote safety, in the right hands.
Unfortunately, President Trump has also proposed that the legal minimum age for gun purchases should be increased from 18 to 21, although whether this would apply to so-called assault weapons, semi-automatic firearms, or all guns remains unclear. Regardless of Trump’s intentions, any policy of this kind would be a grave error, and conservatives should work to dissuade the President and, if need be, to defeat any bill in Congress that incorporates such a change.
Why? First, the right to keep and bear arms is a constitutional right, enshrined in the Bill of Rights, and as such should be subject to regulation but never to infringement. This is what conservatives have been correctly arguing for decades. A constitutional right cannot be denied to any person on the basis of sex, race, religion, or age. Indeed, even to attempt to infringe a constitutional right in this manner would be dangerous and un-American. True, federal law already prohibits some handgun sales to persons under 21, but this ought to be struck down as unconstitutional.
Second, in a country of 325 million people and a roughly equivalent number of guns, there is little reason to suspect that an age restriction, or any form of gun control, would succeed in depriving any would-be school shooter of the opportunity to kill.
Lastly, those who support raising the minimum age for gun purchases to 21 have clearly not considered the anomaly this would create: hundreds of thousands of young Americans would suddenly be serving in our armed forces, bearing not only guns, but howitzers, torpedoes, attack helicopters, and even nuclear weapons, but, as private citizens, they would be unable to purchase firearms. One word for such a predicament would be “unjust” – personally, I prefer the more apt term: surreal. Our nation simply cannot deny its soldiers, sailors, airmen, and marines the full and unabridged constitutional right to self-defense.
President Trump has been a breath of fresh air, proposing and implementing innovative solutions to our country’s problems, and literally saving the Republic, which would otherwise have been plunged into the Clintonian abyss. In this case, though, the President has not properly considered the full implications of his suggestion.
Where the heartfelt desire to protect children from harm bumps up against common sense and the U.S. Constitution, it must be the latter that prevail. There are simply better ways to defeat school violence.