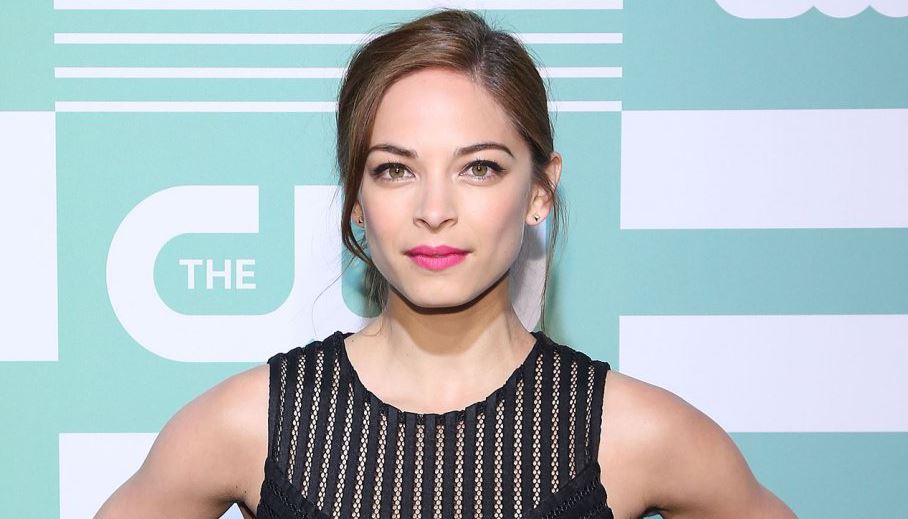 A thread appeared on Reddit in response to a story posted on News.com: ‘Smallville” actress Allison Mack recruits up to 25 women as slaves for a cult

What looks like an authentic description of one person’s experiences with NXIVM appears under the name Cl0ud_le0pard.

The entire thread can be viewed by clicking here.

It shows a slice of NXIVM’s underside and how famous people like Kristin Kreuk are used to induct others into NXIVM. Since Cl0ud_le0pard has a definite desire to warn others through her experience, it seems fitting that her voice be heard on this site.

Here are excerpts of Cl0ud_le0pard tale: I got dragged into one of the NXIVM classes about five years ago and Kristin Kreuk showed up

My boss at the time told me he was sending me to a “leadership and management” class in LA. He was some high level member and shelled out $5,000 to send me there.

[My boss] was high level in the [NXIVM] organization. [He was] the owner of the company I worked for… . I’d only met him a handful of times, and when he offered to send me to this to “advance my career,” I naturally jumped at it.

[My boss] was an extremely wealthy guy that owned businesses all over the world.

There were about 30 people total. Although six or so were “upper level” leaders in the organization.

A mix – most of them seemed pretty down on their luck [attended the class] . Since the courses are so expensive, I think they target wealthier people and upper middle class people who have lost direction in their life. Several of the men were producers that were struggling.

It was held at a vacation rental, which was too small for the number of people attending.

The bathroom,…  was a dead end hallway at the back of the house.

In fact, there was no escaping without everyone seeing you leaving (great strategy on their part).

They made us sign all kinds of paperwork, then gave everyone a white sash to wear around their neck. They explained that each person gets to a new color sash depending on how many classes they’ve been to and how far they’ve gotten in the organization.

They gave us about 15 mins to review all documents and sign. The papers we did sign contained some sort of agreement not to share their “training documents” with anyone else. We did not get copies of those. The only documentation that was left in our possession was the “training guide” which was basically a spiral bound manual of exercises in fill in the blank format.

I always wished I took photos of those documents. At the very beginning, before they tell you about the actual program, it all seems very innocent – that’s when they have you sign things.

They introduce you to the group, have a nice breakfast (the only real meal for the next 5 days) and talk about business and life success.

I wouldn’t have ever done it except that I trusted my boss at the time and assumed it must just be an extra cautious business management program that maybe had their materials pirated or something.

They then had us watch a bunch of videos, followed by group “exercises” in which they would give scenarios and ask how that made you feel. The trick was that there were no right answers. It was all about making people feel vulnerable and that they were somehow changing. They tried to claim that if you started to feel really hungry or tired, that meant their program was working.

I honestly wanted to leave after about the first hour, but it was … the owner of the company [that sent me). I really didn’t want to piss him off, and his cousin was also attending … which made it even more difficult.

Some people seemed very down on their luck and willing to do whatever it took. Others seemed a bit suspicious, but when you spend that kind of money, I think they just assumed it would give them something.

Most of the … people at the “class” were struggling with their careers or family lives. They were told that if they did everything right, they’d be just like the successful celebrities.

Every time someone would question what they were doing, the leaders would tell them they have to fight through their insecurity in order for the process to work. They would then tout the amazing celebrities that were big members of their organization.

NXIVM framed it as a way to get ahead and “change your life.”

They did a whole speech on the first day about people who “almost gave up” but then went on to be phenomenally successful because they stuck with it.

For some reason they took one look at me and proudly announced that they were offering a healthy vegetarian diet -.- upon further inspection, their “buffet” consisted of vegetables, plain bagels, and fruit.

I asked where the meat or any kind of protein was, and they pointed me to a pathetic bowl of four hard boiled eggs lurking behind the toaster. They smelled funny and I left early to find real food.

When I showed up the second morning, they kicked the day off with everyone wearing their white sash standing in a circle and repeating some chant. I swear the neighbors must have thought the KKK was in town.

Kristin Kreuk showed up, and proceeded to “help” people with their group exercises. All I remember is that she looked half alert and her legs weren’t shaved.

It wasn’t really judging, so much as just a weird thing that stood out to me because of how tired and run down she looked.

Yeah it was so weird to see her in that context, looking so disheveled and tired. I was sad.

I did talk to one lady who was really on the fence. Apparently her son had paid for the class and was heavily involved in the program. I told her my honest opinion (yeah.. I can be a little blunt sometimes) and I’m hoping she left the same day I did.

I went for lunch the second day and never went back.

Two different “leaders” from the group called me nonstop, begging me to see it through. I told them I’ve taken several psychology classes and that what they were doing was barely basic psychology, mixed with a dash of absolute insanity.

They didn’t take it well and my boss wasn’t too happy when he found out … oh well.

The owner of the company sent me – and we only really saw him a few times a year. I loved my immediate boss, and he really went to bat for me with the owner when I left the “class”. I was definitely glad to get out of an organization owned by someone wrapped up in that though.

I left the company about 4 months later, once I found a better job with saner bosses.

The entire program is set up so that people who have been through the brainwashing erm. program are the ones who are “teaching” (evangelizing) to new people. It’s much easier to sell if the salesmen believe it works.

I think that a lot of people who get wrapped up in these things believe so strongly that it must be right because they are too afraid to see the alternative.

That’s one of the reasons I never held it against my boss. Can you imagine spending hundreds of thousands of dollars on an organization you believe in, only to find out they’ve been playing you?

The mere thought that it’s all a pyramid scheme would be devastating. Let alone the personal betrayal of trust from the entire network of people who you believed in. In this particular organization (and I believe many like it) they make participants feel like they’ve been let in on some secret, and are now “separate” from anyone who isn’t a part of the organization.

This alienation leads to people placing compete faith and trust in their peers in the organization, and a growing lack of trust in anyone whose not involved or unwilling to become involved. I think that’s why its so incredibly hard for people to move away from these situations.