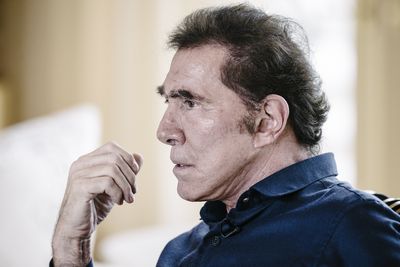 The New York State Common Retirement Fund filed a lawsuit against the Board of Directors of Wynn Resorts Ltd.

The complaint, filed by New York State Comptroller Thomas P. DiNapoli, as Trustee of the Retirement Fund, alleges that officers and directors of Wynn Resorts were aware that former CEO Stephen Wynn, 76, made unwanted sexual advances and pressured employees to perform sex acts yet failed to hold him accountable.

“Wynn Resorts’ Board members were complicit in Steve Wynn’s pervasive pattern of sexual abuse and harassment, setting a tone at the top that permitted Steve Wynn to wield his power unchecked,” the complaint alleges.

DiNapoli said “[The] board was loyal to Mr. Wynn at the expense of the safety of the company’s employees and the company’s shareholders.”

Founded in 2000, Wynn Resorts is a developer, owner, and operator of casino resorts that integrate hotel accommodations and dining, retail, entertainment theaters, and meeting complexes. The company owns and operates Wynn Las Vegas and Encore in Las Vegas, Nevada, and Wynn Macau and the Wynn Palace in China.

A luxury retail Strip-front expansion, Wynn Plaza, is under construction in Las Vegas and is scheduled to debut the third quarter of 2018. Wynn Resorts is currently constructing Wynn Boston Harbor located in Everett, Massachusetts.

According to the lawsuit, the board’s failure to act was a breach of fiduciary duties to the company and seeks to have Wynn Resorts’ take “necessary actions to … protect Wynn Resorts, its employees, and its stockholders from repeating the harms described” in the complaint.

Wynn stock holdings comprises about 1.5/one hundredth [0.015%] of the Retirement Fund’s $200 billion in assets.

The lawsuit alleges the board knew about Wynn’s behavior since at least 2016, when allegations surfaced in litigation involving the company and Wynn’s ex-wife Elaine Wynn.

Wynn resigned in February in response to a Wall Street Journal article published on January 26, 2018. The article detailed Wynn’s alleged history of sexual predation at Wynn Resorts, including an alleged sexual assault of a Wynn Resorts employee on company property in 2005. Later reports revealed Wynn created a clandestine limited liability company, Entity Y, to conceal a $7.5 million settlement paid to the alleged assault victim in 2005.

The Wall Street Journal article reported that Wynn is known for a decades-long pattern of sexual abuse and harassment. Former Wynn Resorts employees described an atmosphere of terror at the company, and several claimed their repeated efforts to notify senior management fell on deaf ears.

The text of the complaint, filed in District Court in Clark Co., Nevada, can be read here http://osc.state.ny.us/press/docs/wynn-complaint.pdf

The action the state is pursuing is termed a “derivative lawsuit” which allows shareholders to take legal action on behalf of a corporation when a company’s officers or directors have not met their obligations as fiduciaries of the company.

After experiencing a steady increase in the price of Wynn stock in the year leading up to the public exposure of Wynn, going from under $100 per share to over $200 per share, the stock plunged to about $160 after the public scandal was reported in late January and has been holding steady – trading at $163.20 per share as of the time of publication.

The current Board members are named defendants as well as Wynn and Kimmarie Sinatra, the company’s legal counsel and senior vice president.

It is unknown how much the lawsuit will cost New York State taxpayers in legal fees.