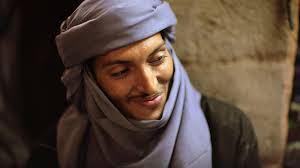 A new album by guitarist, Omara Moctar, also known as “Bombino,” is one of the desert blues, invented by the Tuareg, that draws from classic rock and reggae.

He is from Agadez, Niger. His music frequently addresses Tuareg geopolitical concerns and is sung in the Tuareg language of Tamasheq.

Moctar has played with many contemporary African performers. His last two albums, Nomad (2013) and Azel (2016), were produced by Black Keys Dude and That Guy From Dirty Projectors respectively.

Bombino’s upcoming album, Bombino, the World’s Best Guitarist™, Shares New Song “Tehigren” (loosely translated from Tamasheq as, “Best Wishes”] is to be released on May 18 on Partisan Records.

It was produced by Bombino’s manager, Eric Herman, and recorded in Casablanca, at Studio HIBA, in Morocco, which is owned by King Mohammed VI.

Bombino said, “For me this album is like a culmination of everything that came before it—there are rock songs, there are softer, acoustic songs, there are Tuareggae songs. It has a balance that I am proud of. But this was not a goal I had in my mind when going into the studio. I always like to just play and see what happens.”

“Usually my songs will begin with a riff on the guitar,” said Bombino. “I love to play without direction when I am alone, just improvising, or even jamming with friends. This improvisation is where ideas for songs often come. From the riff I will start to hear the rhythm guitar chords that accompany it, and from there I will start to hear a melody. Usually the song will unveil itself to me like this, and I simply need to keep my mind open and listen for it.”

Premiering today is the first single off of Deran, “Tehigren.”

The song, he says, is one he “started to write about two years ago, more or less, while on tour with the band. It is in the style of what we call ‘Tuareggae’ which is an even mix of Tuareg traditional melody and guitar with reggae drums and bass. In this case we even have the rhythm guitar chops of reggae. This song quickly became a hit with the audience so we played it more and more often in the set. Now, it is not even released but it is already a hit in Niger. Everyone knows it there already. The song is about my own struggle with being on the road all the time, away from my home. It is a nostalgic song, remembering the beauty of my home. For this reason it has always brought me joy to play when I am far from Niger. But of course to play it for my people in my home country, this is an exceptional feeling.” 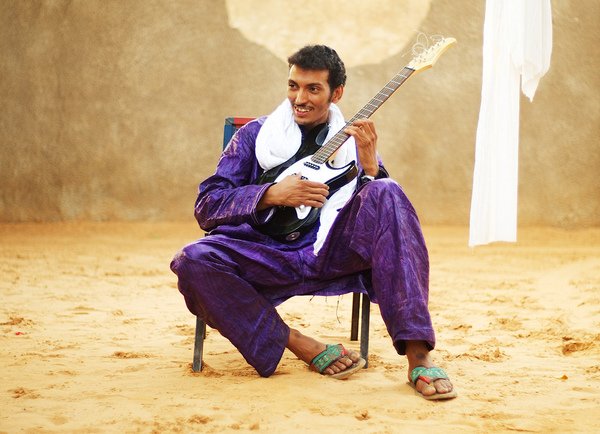