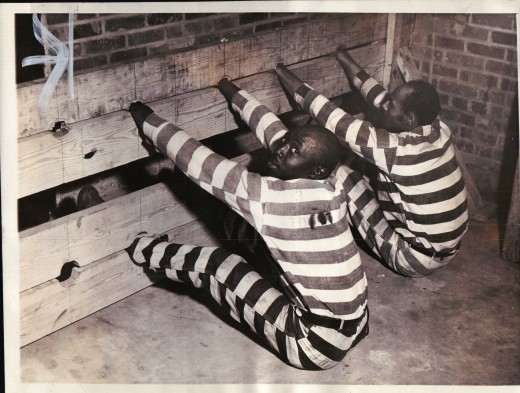 As a former covert operative, I was ordered to conceal the Deep State’s hand in undoing the “abolition of slavery.”

Their underhanded dealings, giving rise to the Black Codes and Convict Leasing, expanded African American slavery by exploiting the loophole in the 13th Amendment to the US Constitution.

“Neither slavery nor involuntary servitude, except as a punishment for crime whereof the party shall have been duly convicted, shall exist within the United States, or any place subject to their jurisdiction.”

A hundred years later, the Federal Prison Industry reinvented itself into a corporate entity, UNICOR.  It creates demand for forced labor through marketing, and prisons are built in record time.

According to the International Labour Organization, forced labor generates an estimated $150 billion in profits per annum as of 2014.

From 1990 to 2010, the private prison business increased 1600% in the United States with 50% or more detainment facilities for immigrants run by private prisons.

Major corporations that benefit from penal slavery are McDonalds, Boeing, Starbucks, Victoria Secrets, Microsoft. These seem to be major contributors to the anti-Wall, anti-Trump political groups.

Private Prison Industry conglomerates CCA and GEO Group reportedly made $3.3 billion dollars USD in annual revenue in 2012, with CCA operating 67 Prisons and GEO operating 95 prisons, in USA. — making up 75% of the prison industry in 2012.

A lower crime rate is not in the slave labor special interest group’s best interest.

So who is in these prisons?

More than half of all black men, without a high-school diploma, will go to prison at some time in their lives.

Dr. Martin Luther King and Malcom X were assassinated for attempting to disrupt the cycle of dysfunction that keeps the forced labor force intact and growing.

Malcom X said: “Education is the passport to the future, for tomorrow belongs to those who prepare for it today.”

Without trying to be camp, “Be prepared”… is the Boy Scout motto and it’s a good one.  You won’t find many if any boy scouts, in prison.

US props up prison rates to exploit the modern slave laborer
Roger Stone at Oxford; the freedom principles America – under Progressives – have lost
Comment