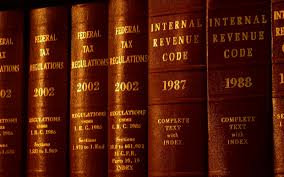 I have a question for Special Prosecutor Robert Mueller and Sen. Lindsey Graham, Sen. Chuck Schumer, Rep. Adam Schiff. Can anyone , after a year and millions spent, what’s the Title and Section of the US Code that the special prosecutor was charged to investigate?

The United States Code is a consolidation and codification by subject matter of all federal laws. Prepared by the Law Revision Counsel of the US House of Representatives, the basic unit of every Code title is the section: which are the statutes as enacted by Congress.

In short, if an activity isn’t prohibited in the US Code, it is not against federal law. I know a little about it. I was an FBI agent for 28 years. My job was to find violators of law and prove the elements- according to the US Code.

So now, as a taxpayer, I want to know what my dollars have been spent on. I’m concerned that this Mueller probe is not based on any law. I could be wrong, so let me ask: What section of US law do you, Mr. Mueller, want to talk to the president about?  That should not be a secret.  (BTW If I were advising the president, I would advise him “not” to talk to you unless, of course, it was to tell you, “You’re fired”!}

He shouldn’t even consider talking to you, or anyone else, who is clearly on a vendetta, unless you told him what specific crime you are investigating: Title and Section!

In every interview I conducted in my years with the FBI, I advised the interviewee the reason for the interview. I never told anyone, “I ‘m not sure”, or “I’m working on it”. I never told anyone “conspiracy or collusion” because neither is a crime! There “must” be a crime associated with the “conspiracy.” And I’m not aware of any crime called “collusion” except as an antitrust matter.

So what’s the crime?

James Comey claims his firing by the president “obstructed justice”.  Okay… again, what “crime” was Comey trying to bring to justice that the president obstructed?

Was it that FBI Agents deceived the FISA Court and violated Carter Page’s 4th Amendment right against unlawful search and seizure when they obtained a “wiretap”?

Maybe it was that the president didn’t want it known that Comey was investigating Hillary Clinton conspiring with Chris Steele, Fusion GPS and others, including Russians, to interfere with the election.

I would like to believe the president’s private business deals and personal affairs from years gone by are below even Mueller’s “bottom of the barrel”  dignity, or are they? I certainly hope the American people aren’t footing the bill for Mr. Mueller trying to catch the president in a “lie” about a sexual act in the White House.  That has already been done with a previous president, and it was a waste of taxpayers’ money and congressional time and effort.

The president is concerned with a North Korea Nuclear treaty, a FISA Court that’s been abused, leaking information from the NSA, FBI, CIA and who knows what else, and I sure hope you aren’t trying to do to him what you did to Mike Flynn because, I’m fairly certain, that the American people won’t stand for it!

So, what is the crime (Title; Section of US Code, please) that Mueller was appointed to investigate? Here’s a clue… it involves investigating whether there was “collusion” between any Trump campaign workers and Russia concerning the presidential election.

So what Title and Section is Mueller investigating?

I know I don’t need to ask Lindsey Graham, Adam Schiff or Chuck Schumer, for I’m certain they couldn’t tell me. But does anyone know – including even up to Robert Mueller?