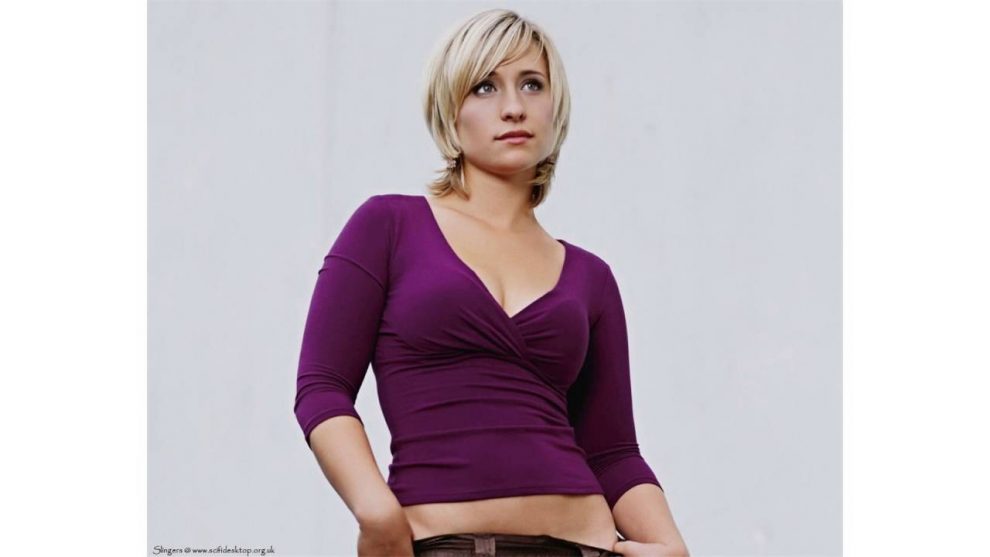 TV Actress Allison Mack is named as CC1 in the federal complaint against Keith Raniere.

She is expected to be arrested shortly, sources say. 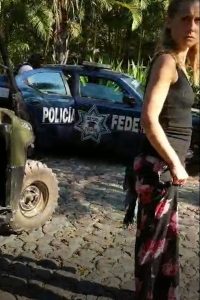 Photo above Allison Mack in Mexico at the scene of Keith Raniere’s arrest. It is believed her arrest is imminent for sex trafficking.

As of yesterday, Mack was in Mexico, living with Raniere.

Raniere himself was arrested yesterday by Federal Police in Mexico and immediately extradited to the USA.

It is believed the actress, who appeared in the hit TV show ‘Smallville’, will face sex trafficking charges.

Mack, 34, has been a member of NXIVM since 2006. Sources say she gave up her acting career at the direction of NXIVM leader Keith Raniere aka ‘Vanguard’. She works closely with NXIVM leader Clare Bronfman, an heir to the Seagram’s fortune.

Raniere, Bronfman and Mack are believed to have conspired to form and fund the brutal ‘master-slave cult’, which depends on blackmail to keep women in slavery.

Bronfman allegedly financed the entire operation. There has been no comment from the Bronfman family or their trustees.

The women who were coerced into slavery were branded on their pubic region with a hot iron in an excruciatingly painful procedure with the initials of Raniere and Allison Mack. 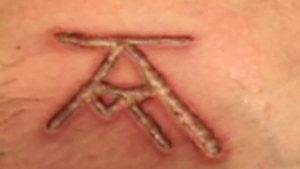 The brand with the initials of Keith Raniere and Allison Mack.