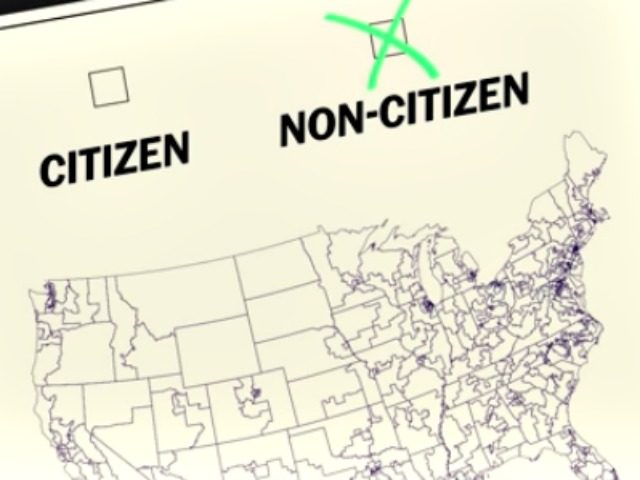 In California, top officials are whistling “Dixie” today as they embrace the very notions once advanced by the Antebellum South.

When California hired the ethically flexible former Attorney General Eric H. Holder and a slew of lawyers from the Covington & Burling firm to, as The Los Angeles Times put it, “advise on the state’s legal strategy against the incoming administration,” California’s Senate president, Kevin De León, D-Los Angeles, was more blunt, calling the effort “legal firepower” to protect “the values of the people of California.”

That mindset was on display again Tuesday when California’s neo-Confederate Attorney General Xavier Becerra announced he would sue the U.S. Commerce Department to block them from reinstating a question on 2020’s U.S. Census—last asked under President Bill Clinton in 2000—about the citizenship status of the respondent and others in their household. The Clinton Census asked, in Questions 13 and 14, whether an individual was actually a citizen and how long they had lived in the United States.

(If you’re an aficionado of genealogy and websites like ancestry.com, by the way, information like this is invaluable in researching your own family’s story.)

That question was removed by the Obama administration, famous for allowing the exceedingly partisan White House Chief of Staff Rahm Emmanuel to supplant the Commerce Department’s traditional role managing the Census and run it from his office instead. So now, President Trump is poised to reinstate “normal” in directing the way that the Census counts heads—and if anything is offensive to Californians, it’s normal.

In Becerra’s eyes, a Census that asks important and useful questions like who’s actually a citizen is all part of an insidious plot to deny California seats in Congress. As CNBC reported:

“According to Becerra, the U.S. Constitution requires an actual count of the population in the decennial census, regardless of citizenship status. Including a question about citizenship could intimidate or discourage people and result in an inaccurate census that might ‘translate into several million people not being counted,’ [Becerra] said.”

Indeed, the power of various states—and who counts toward federal representation and presidential electoral votes—is at the crux of this argument. Becerra’s lawsuit notes that the Golden State “has more foreign-born residents (over 10 million) and non-citizens (over 5 million) than any other state.”

California, with 53 Congressmen and -women, is a behemoth. Its 55 electoral votes, pretty much ceded to the Democratic Party’s candidate every four years without a fight, equal more than one-fifth of the votes needed to be elected president. Those 5 million-plus non-citizens, many here illegally, have a lot to do with that electoral strength.

Becerra and other state officials, including Gov. Jerry Brown and Lt. Gov. Gavin Newsom, are pushing to ensure that California continues to bolster its political strength by counting people who aren’t supposed to be here towards its federal representation.

This actually is a bizarre restatement of the original problem that Article I, Section 2 of the Constitution sought to address as it laid out the Census and how representation in Congress would work, offered up the “Three-Fifths Compromise.” This nefarious portion of the Founding Document determined that slave states, primarily in the South, would be able to count each slave—certainly not “free persons” with voting rights—at a rate of three-fifths that of their free counterparts.

The Antebellum South, of course, wanted to inflate its population relying on a fuller count of people debarred actual civic participation, so that it would have more seats in Congress—and more power shaping federal legislation. This particular issue, among others, would come to a head some eight decades later at places with names like Shiloh, Antietam, and Gettysburg.

Xavier Becerra’s effort to count non-citizens with no voice in government toward the political power enjoyed by his state’s elite is nothing new in American history, and it’s no more honorable today than it was two centuries ago when Southern states holding men and women in bondage sought the same thing.