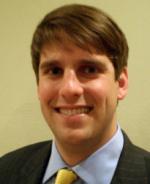 A New York Times story about a lawsuit with a lawyer as a plaintiff in Galveston, Tex., points to a larger problem with the criminal injustice system in the American prison state.

The lawyer – Drew Willey – claims he was pulled off cases defending poor clients because the judge said he spent too much time on them.

Willey’s clients did not complain but Judge Jack Ewing, who appoints lawyers for defendants who cannot afford them, told lawyer illey that he overworked his cases.

Four of five criminal defendants in the USA use court-appointed lawyers or public defenders.

Willey’s lawyer, Charlie Gerstein of Civil Rights Corps, a nonprofit organization in Washington, D.C., said the lawsuit would be the first in a series of cases filed to illustrate a “phenomenon that pervades the entire legal system.”

Judge Ewing took some of Willey’s poor clients away and refused to appoint new ones because Willey “sought to provide a vigorous legal and factual defense for his clients,” the lawsuit claims.

According to the lawsuit, Judge Ewing told Willey “You are the only attorney” to routinely ask for a paid investigator.

Judge Ewing complained that cases resulting in guilty pleas should not take more than three hours of work.

A good evaluation of evidence – which sometimes takes more than three hours – can put defense lawyers in a better negotiating position for a plea bargain. Willey’s lawsuit cited the case of a client charged with breaking into a car who faced up to a year in jail.

Willey found “blatant inconsistencies” in police statements. When prosecutors declined to reduce the charge, he hired an investigator. Ultimately the client was allowed to plead guilty to criminal mischief, which carried no jail time.

But Judge Ewing cut Willey’s request for $1,320 in pay on the case to $511, citing “excessive out-of-court hours,” according to the lawsuit.

Willey appealed and another judge approved the $1320.

The extra $809 spent on the case spared an innocent defendant from spending time in prison.

The NY Times cites a 2011 RAND Corporation study of more than 3,000 Philadelphia murder cases. It found clients fare better when represented by a public defender not appointed by a judge. Conviction rates were 19 percent lower;  and sentences were 24 percent shorter.

Some judges have an incentive to appoint counsel who makes less work for them.  Lawyers who file “fewer pretrial motions, ask fewer questions during voir dire, raise fewer objections, and present fewer witnesses,” are preferred by judges, the study said.

The Times pointed to a survey commissioned by the Texas bar in 2000, which reported that nearly half of the criminal court judges in Texas said that a lawyer’s “reputation for moving cases [swiftly], regardless of the quality of defense” was a factor in appointment decisions.

According to a report by Truthdig.com roughly 1 million US prisoners work for corporations and government industries in the American prison system.

Corporations have privatized most of the prison functions once handled by governments. They run prison commissaries and, since the prisoners have nowhere else to shop, jack up prices.

Corporations have taken over prison phone systems and charge exorbitant fees to prisoners and their families. They overcharge for money transfers from families to prisoners.

Some of these same corporations pay little more than a dollar a day to prison laborers who work in for-profit prison industries.

Prisons, in America, are a profitable business.

The US prison-industrial complex holds 2.3 million prisoners, or 25 percent of the world’s prison population. It depends on keeping prisons full.

Wages paid to prisoners for labor inside prisons can be less than 20 cents per hour.

Politicians and the courts can often be counted on to protect corporate interests.

It is understandable that Judge Ewing would not wish to see big corporations deprived of their prison profits required to make America great again.

Lawyers like Willey are anathema to the entire system.