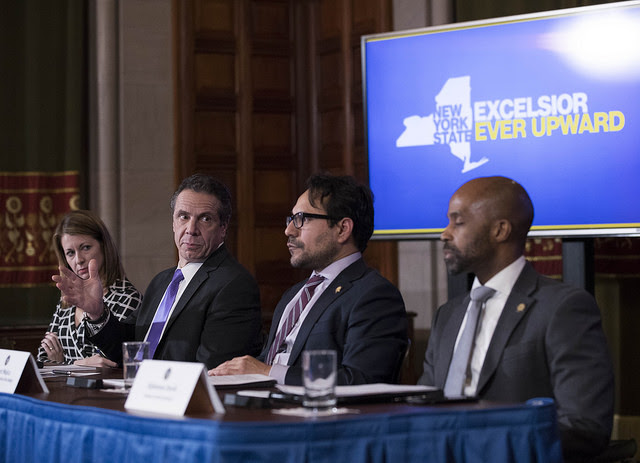 Lawmakers finalized the state’s $168 billion 2018-19 state budget late Friday and early Saturday, with a deal that includes a new state tax code as a response to federal changes,  a plan to combat sexual harassment, and more money for education.

A number of the more controversial policy items from Cuomo’s 2018 agenda were stripped from the spending plan including the Child Victims Act, which raises the statute of limitations for victims of childhood sexual abuse; the DREAM Act, which enables undocumented immigrants to qualify for college assistance programs; and early voting.
Highlights of the FY 2019 Budget: