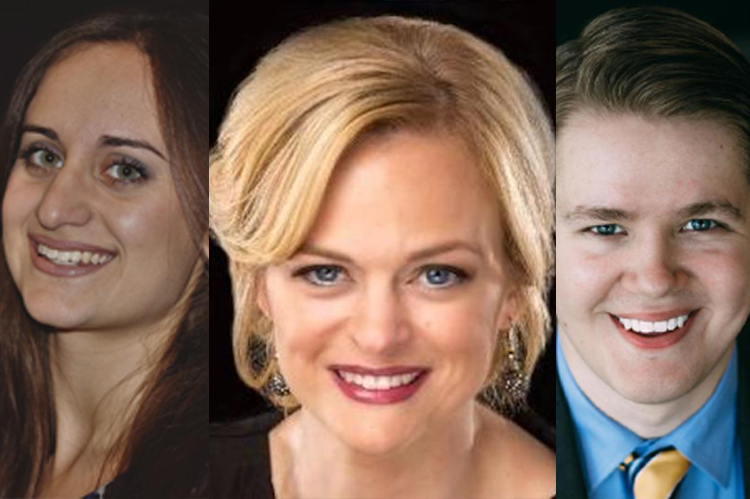 Artistic Director Tim Kennedy will lead Buffalo Opera Unlimited in a centennial celebration of the 100th anniversary of the birth of American composer Leonard Bernstein who was born on August 25, 1918, in Lawrence Massachusetts. The sole performance for this event will take place in the 710 Main Theatre on Friday, April 6 at 8pm.

Singers, dancers, and instrumentalists will showcase Lenny’s musicals, songs, opera and sacred pieces. The production includes selections from On the Town, West Side Story, Candide, Wonderful Town, Peter Pan, 1600 Pennsylvania Avenue, Mass, and Trouble in Tahiti. The program also includes a song with special significance for Buffalo, “My New Friends” from The Madwoman of Central Park West, which had its premiere exactly 39 years ago on April 6, 1979, at 710 Main Street when it was the Studio Arena Theatre.

The cast includes Felicia Costa, who will sing the quirky song “Plum Pudding” and “I Hate Music,” a short cycle of five ‘kid’ songs, composed for soprano and piano. Bernstein dedicated this song cycle to his friend the artist Edys Merrill, with whom he shared an apartment in New York City. A close friend of the composer’s, she has said that “I hate music” is what she used to shout, walking around the room with her hands over her ears, while Bernstein clowned around while improvising and coaching opera singers.

Karen D’Angelo will perform the irresistible aria ‘Glitter and Be Gay’ from Candide, and David Waterland will sing ‘Quiet Girl’ from Wonderful Town, and the infectiously happy “Lucky to be Me” from Bernstein’s 1944 Broadway musical, On the Town. Other cast members include Amy Grable, Samantha Luck, Stephen MacDonald, and Alfonzo Tyson, while the choreographer is Bernadine DeMike.