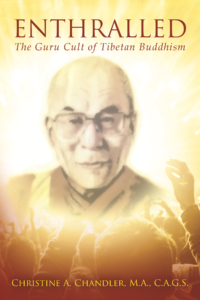 EVERYTHING is censored in the U.S. when it comes to the Dalai Lama.  He has protection from our CIA as an asset, our  Republican and Democratic governments,  and the last four, previous Presidents.  So it should not surprise us that part of the post concerning the 1-2 million-dollar speaking fee for an endorsement of Keith Raniere’s  group, given to the Dalai Lama, of course denied,  was taken down, within two hours, by Wikipedia administrators.  The Dalai has only to deny something is true and that is enough for the establishment media. I am sorry I gave Wikipedia that 5.00 donation. I suspected they were censoring news, but I gave them the benefit of the doubt.

The hardest thing has been for ordinary people to see the interlocking hierarchy of Lamaism, that has the Dalai Lama and his damage control machine, controlling the news about his Lamaist groups,  in a positive direction,  while quickly covering up its institutionalized sexual abuse, financial skulduggery, use of free western labor for infrastructure, and the secret teachings of his Tantric Kalachakra prophecies.

This is because the go-to-journalists, who report on the Dalai Lama, when the lamas’ sexual abuses reach the public,  are often western Tibetan Buddhists themselves and/or former monks, who have taken vows to keep the lamas’ secrets in this Lamaist cult; a sexually abusive cult with vast interconnected influences, and now thousands of centers, world-wide, whose devotees have also vowed to bring their  disguised Tantra to the rest of the world, with their latest mask: a global spirituality of faux-feminism and faux-ecology; the new GAIA religion that will nail all female energy down, just as it did in Tibet.

One way the Dalai Lama  has been protected, is through  pro-Dalai Lama journalism and academia (his critics get little coverage in the mainstream news)  who continue to  promote the idea that Tibetan Buddhist lamas   “have no overarching hierarchy”; that all these lamas work “solo.”

So a ‘bad boy’ lama might occasionally appear; but it is only one bad apple in the pristine barrel of Lamaism.

Anyone who believes this hasn’t been studying with all these high Tibetan lamas, who all are connected; who ‘teach’ at each other’s centers; and who even ‘share’ sexual consorts amongst each other.

This has been a purposeful untruth, by the establishment media,  not only to prevent the public from seeing the connections between all these Tibetan Lamaist sects, working together but now in a ‘blended’  Buddhism of Tantra,  Zen, Theravada;  bringing us their  ‘mindfulness’ product: their first cult technique, in a secular disguise, that got us to think as a herd.

Mindfulness, that leads one to ‘not judge’;  eventually accepting all kinds of corruptions and abuses in leaders;  including the keeping  of female harems,  pedophilia, and financial corruptions, inside their own sanghas (their devotee membership)  that that then secretly spreads out and infiltrates into our culture; causing chaos while appearing as a force for good.

The lamas have always been masters of the ‘masked dance.’

And then there is Hollywood, who has promoted, protected, and enabled the sexual abuse of these Tibetan Lamas, and the Dalai Lama, for decades. Even creating Shangri-la films like Seven Years in Tibet,  or  Little Buddha that featured the notorious Sogyal Rinpoche as the main lama; a favorite of Richard Gere, now hiding out, it is rumored, in Thailand, to avoid the French Courts.

The Dalai Lama would have no problem with accepting an estimated 1-2 million dollars for one of his many civilization jihad Tantric foundations,   from a sex-branding cult like Keith Raniere’s NXIVM.

He would have approved of Keith Raniere’s group of sex-branding women, just as he approved of the egregious abuses inside Lama Sogyal’s  Rigpa organization for over forty years.

The Dalai Lama also gave his  imprimatur to the Shambhala International organization,  that put the old Vajradhatu cult on the map in a big way; finally being called out for their egregious sexual abuses. A Tibetan Tantric group that pretends to be ‘secular’ where their late leader-despot, Trungpa kept a  western harem of women, and his sexually exploitative inner circle, including his notorious Regent, Osel Tenzin,  who got young heterosexual males,  prove their devotion to him, while knowingly having unprotected sex while infected with AIDS.  The devotees believed, and still do, that AIDS is only a ‘concept’ and has no reality. One of the young men died.

The Dalai Lama can often be seen endorsing  the most egregious of sexual abusive cults; whether of his own Lamaist sects, or a sexual abuse cult like Keith Raniere.  His Compassion rhetoric,  that supports the nailing of all women down,

Regarding the news coverage and subsequent detainment of the Raniere, it is thanks to the persistent reporting of  Frank Parlato in the Frank Report.  Raniere is  now being held at a Federal Prison to await trial for his sex-slave cult.

But, when are these sexually abusive lamas, with their amoral Tantra,  going to be held to account?   It is their Tantric teachings, disguised as ‘Buddhism,’ that is increasing the amorality around the world. The secret teachings that no one will report on and no one will reveal who is one of the western ‘blended’ devotees.  The Dalai Lama’s theatre of compassion, is why Keith Raniere reached out to the Dalai Lama. Both for his currency, and because he had surely read  the Dalai Lama’s Tantric texts and its practices with  young women and girls for the high lamas’ practices.  Practices that have kept women in their place in Tibet for the  last 1000 years.

The cover-up of Tibetan Lamaism, and its egregious sexual abuse, that has lamas keeping harems in the West, and sexually exploiting their students in a master-slave paradigm, disguised as ‘blessings,’ for over four decades, and still counting,  has been a story in itself, that has yet to be reported.

Why are they allowed to continue to break our laws, and exploit our women and young girls?

About Christine A. Chandler

Christine, A. Chandler, M.A.; C.A.G.S. licensed as a certified social worker, psychologist and family systems therapist, specializing in the areas of dysfunctional systems and sexual abuse. I also spent nearly thirty years as a practicing Tibetan ‘Buddhist’; six of those years taking care of the handicapped son of Chogyam Trungpa Rinpoche, giving me access to the celebrity Tibetan lamas of the Kagyu and Nyingma sects and their western inner circles, as well as the back-stage of their theatre and deceptions, created for the western world. It was not until I managed to extricate myself from these lamas and their guru-worshipping influences, that I realized I had actually been in an authoritarian, thought-controlling cult, that disguises itself as representing the ‘highest teachings of the Buddha” the ‘diamond vehicle’ of vajrayana Tantric Lamaism, that uses the same techniques and engages in the same destructive behaviors found in the most dysfunctional of sexually abusive family systems: those that use religion to justify their abuse. Tibetan Lamaism was just a larger extended ‘family system’ with the same ‘perpetrators, enablers and deniers,’ that keep all abusive systems intact. Manipulated into keeping their secrets.