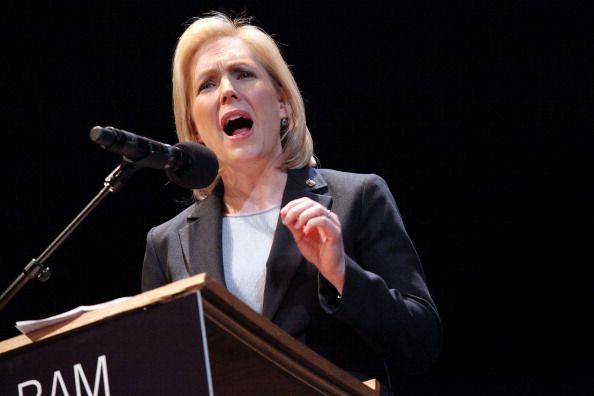 When asked about her connections to the NXIVM cult run by current federal inmate Keith Raniere a/k/a Vanguard, Sen. Kisten Gillibrand repeatedly denied any knowledge of the notorious group.

Her spokesperson Glen Caplin issued the following statement: “Senator Gillibrand had never heard of this group until she recently read about them in the newspaper”.

Many people – including her opponent in this election, Chele Farley – have challenged Sen. Gillibrand’s claim because her father, Albany lobbyist and attorney Doug Rutnik, once worked for NXIVM and was even sued by them. In order to end that lawsuit, Rutnik paid back every penny he ever earned from NXIVM and signed a Non-Disclosure Agreement that prevents him from saying anything about NXIVM or Raniere.

But according to a former NXIVM insider, Sen. Gillibrand has even more family connections than Rutnik. That would be her step-mother, Gwenn Belcourt – who, according to the source, was personally targeted by NXIVM President Nancy Salzman for inclusion in the cult.

“Nancy pulled out all the stops to get Gwenn involved in NXIVM activities. She spent an enormous amount of time with her and we all thought that Gwenn was hooked,” the source said. “Had it not been for Rutnik’s efforts to get Gwenn out, she would have quickly become part of the inner circle. Keith had spotted her early on and wanted her to become NXIVM’s inside attorney.”

Rutnik and Belcourt married sometime after she left the cult. But apparently, neither of them ever mentioned anything to Sen. Gillibrand about all this. Unless, of course, Sen. Gillibrand is lying about her lack of awareness of the cult.

Apparently, Sen. Gillibrand also doesn’t read the Times Union or the New York Post.  Because between the two of them, those newspapers have featured at least 20 NXIVM-related stories over the years.

Hmmm…Maybe Chele Farley ought to do a little more digging on this topic.