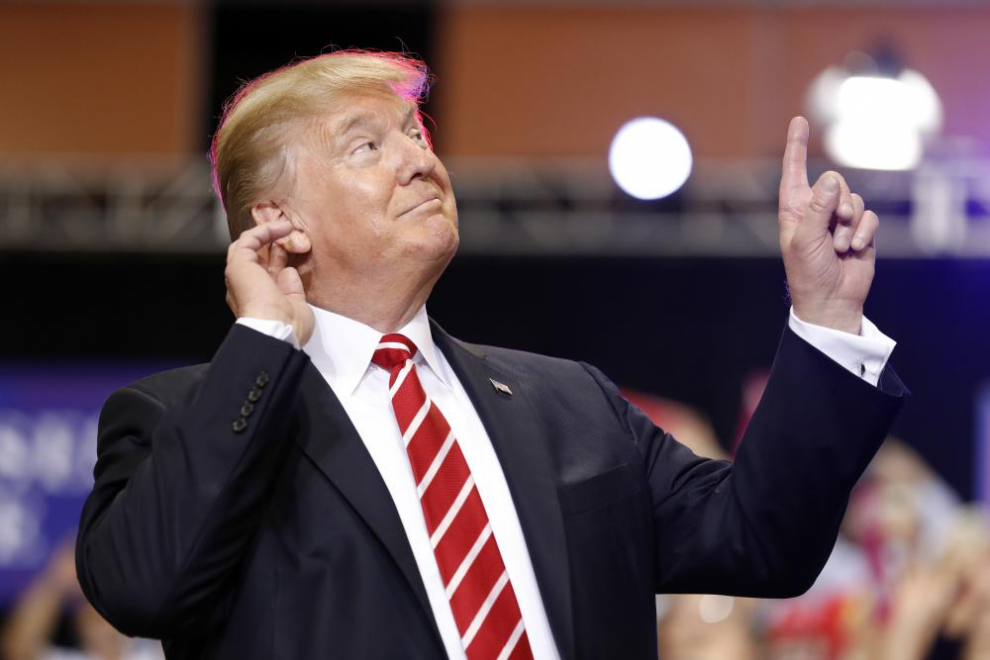 An Open Letter to President Trump

To begin with, let me congratulate you on a long list of achievements in your first 15 months in office. I will not be exaggerating when I say that your presidency has been a dream-come-true for many conservative patriots like myself. What makes your successes even more impressive is that, during your campaign for the presidency, the Democratic Party, the Obama administration, the FBI, intelligence agencies, the mainstream media, and many foreign governments plotted to undermine you…and they failed. Now that you are President, most of these establishment figures are still plotting against you, and they are doing their best to poison the minds of the American people. Nonetheless, your popularity has recently surged to its highest level in almost a year. Your ability to persevere and prosper in the midst of these extraordinary headwinds is nothing short of miraculous.

Nevertheless, Mr. President, given your successes, a strong case can be made that your approval ratings ought to be much higher. I believe this is partly due to self-inflicted wounds and missed opportunities, and I wish to tender some advice that may help you to flourish politically, even more so than you already have. I hope you will take my constructive criticism to heart.

First, I cannot stress enough that timing is critical in politics, as it is in most fields of human endeavor. Occasionally, you have not shown the patience or forbearance to wait to speak your mind, or to take action, until the moment is right. Your decision to fire FBI Director James Comey, while unquestionably correct, was timed poorly, insofar at it occurred when Democrats and the media were frothing with (phony) outrage over “Russia collusion”, and you were due to meet with the Russian Foreign Minister the next day. This was poor planning, to say the least. Arguably, much of the heartache you have experienced dealing with the false narrative of Russian collusion (including the appointment of Robert Mueller as special prosecutor) could have been avoided had you fired Director Comey at a more propitious moment.

More recently, your administration announced the firing of Secretary of State Rex Tillerson on the same day as a critical Congressional special election in Pennsylvania. This meant that the news cycle that day was dominated by a (thoroughly contrived) media narrative of “chaos” in the White House. This was a foreseeable problem. Had you foreseen it and delayed the firing by 24 hours, the outcome of the election could have been altered. This is because the Democrat Conor Lamb won that election by only .33% of the vote (less than 800 votes). It is very plausible that a positive news cycle on that day, instead of a negative one, would have made the difference. This is important, because Democrats’ victory in the special election bolstered their claim that a “blue wave” is building that may devastate Republicans in November.

I applaud the fact that General Kelly, as your Chief of Staff, has brought greater discipline and order to the functions of the White House. Many leaks also appear to have been plugged. Nonetheless, I believe that the timing of your administration’s public statements and actions could be further optimized. I ask you to consider holding off on moves that are destined to be controversial until the right moment arrives.

Second, I believe you are missing crucial opportunities to speak directly to the American people to circumvent the toxic effects of media bias. I can illustrate this point in a simple way.

Twice, you have delivered State of the Union addresses to the country. In both cases, while the media was hostile before, during, and after your addresses, the public reacted very positively, and your approval ratings rose. The reason is fairly evident: for a brief period, your public image, instead of being filtered through the biased media, was sculpted by you personally, based on your ability to engage with the American people. These opportunities are precious indeed for any president, but especially for you, because of the degree of media antipathy that you face.

Therefore, Mr. President, I advise you to make greater use of the presidential bully pulpit by more often speaking with the American people. Other than the State of the Unions, you have delivered only one prime-time, nationally-televised address, in the classic sense: a speech about U.S. policy in Afghanistan. This is a drastic under-utilization of a forum for political rhetoric that has historically served many U.S. presidents very well.

To cite only one example of a missed opportunity, your recent actions on trade, including the imposition of tariffs on China, are vitally important (and frequently misunderstood) initiatives that unquestionably serve U.S. national interests. You could easily justify giving a prime-time, Oval Office address to the American people explaining why the short term pain that tariffs and a “trade war” may entail are necessary because of China’s long-time abuses, including the theft of U.S. intellectual property. The chance to make this case directly to the American people, I would add, is infinitely preferable to allowing the likes of CNN, MSNBC, and the New York Timesto spin your policies as they please. In fact, you owe it to Americans to make your case as effectively and as forthrightly as you can.

Again, Mr. President, I do not mean to minimize the difficulties and challenges you face, nor the singular triumphs you have won by a great deal of hard work, boldness, and granite resolve. Nonetheless, there are always ways to improve, and I hope you will bear in mind my suggestions. The stakes are simply too high for you not to make maximum use of the opportunities at hand to make America great again.

FISA, FBI, DOJ and THE PRESIDENT
ONE NATION OVERDOSED: 3 Things To Understand About America’s Opioid Crisis And Pain-Pill Addiction
Comment