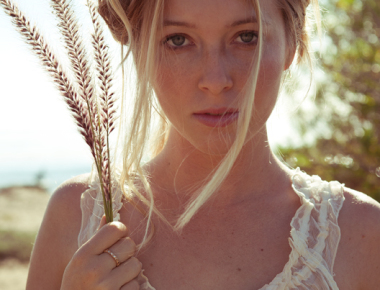 I usually do not reply to criticism on my own  site since I do not want to discourage people from speaking out. Since I have the platform and in a sense the last word – I want people to feel they can criticize me without me coming down on them.  I want this to be a free speech forum.

So in making this response to you, Anonymous, I don’t want you to think you should stop criticizing me. Keep your opinion, if you believe it and express it to others.

The reason I posted about India is as a last ditch effort to wake up India Oxenberg. I have been told that she reads this site – mostly because of her condemnation of it – especially when something about her is written.

She thinks I am her enemy when in reality I am her friend in spirit. I have never met India Oxenberg.

Today – and it may be her last day to do so – she has a chance, an absolute chance to avoid going to prison.

Anonymous, don’t worry about me – criticize me all you want – but the real victim is India. I did not make her a victim. I believe she is not a criminal. It is no secret she is going to be outed. That may be less than 24 hours away.

While I have a duty to provide info to readers, at the same time, people are more important than stories. This girl, India, needs a wake up call.

Pretty soon the die will be cast and divisions between victims and victimizers will be set- maybe in stone. India is one of only two co-conspirators listed in the criminal complaint. Of course there are going to be more.

But everyone who knows about NXIVM knows she is hardly one of the top three most culpable people in NXIVM [along with Raniere and Mack].

She is a victim. She needs to get out. She needs to work with law enforcement and not go down with a ship that will positively sink – the Bronfman-Raniere- Salzman crime ship.

Thanks Anonymous for criticizing me, it helped me further express my views on this sensitive topic. Keith Raniere caused so many people – including me – a tremendous load of pain. I fought back, but never think for a second I sought to inflict pain – not even to Raniere. I sought only to stop people – including me – from experiencing pain from him.

I never bought into “He who has the most joy wins.”

That is Raniere’s slogan. Shouldn’t it be “He who gives the most joy wins.”