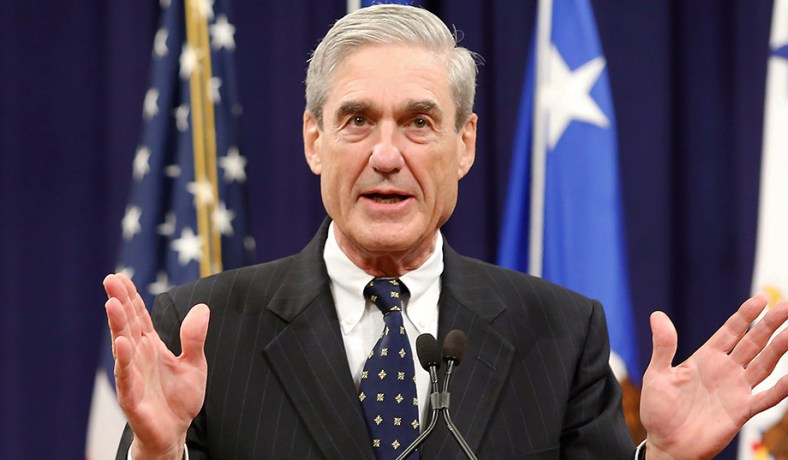 This has been an extraordinary week. It began with an abusive raid on the home and law office of President Trump’s long-time attorney Michael Cohen. And it ended with disclosures from the disgraced former FBI Director’s anti-Trump book and the Department of Justice Inspector General’s report released today regarding the corrupt behavior of fired FBI Deputy Director Andrew McCabe. The attached video lays out my concerns about the Mueller-inspired raid.  And as I recently tweeted:

The Raid is just one more reason to shut the Mueller operation down–it’s constitutionally suspect, ethically compromised, & frankly has no reason for being – given the fact that there’s no evidence of @RealDonaldTrump-Russia collusion.

And Comey’s book is another act of misconduct.  Again, another tweet sums our concerns:

We already know Comey took FBI records and illegally leaked them to get a special counsel appointed as part of his vendetta against @realDonaldTrump. Now it looks like he doubled down and used them also to write a book. And the DOJ/FBI has yet to lift a finger.

Judicial Watch has numerous lawsuits on the Mueller-Comey-McCabe axis (see, for example, here, hereand here). We are stepping into the oversight gap. And the today’s IG report is worth a read. Here’s my statement for JW on the late-breaking news:

Attorney General Jeff Sessions was wholly justified in firing former FBI Deputy Director Andrew McCabe. The IG report released today portrays McCabe as a serial liar.
When regular people lie to the FBI, they get slapped with felony charges.
Judicial Watch uncovered documents months ago that should have triggered Mr. McCabe’s removal. Americans should expect a full investigation of the numerous anti-Trump and other outrageous FBI abuses under Obama and McCabe’s mentor, James Comey.
The IG report also presents additional evidence that the Obama DOJ sought to shut down the FBI investigation of Clinton Foundation. This is yet one more reason to either reopen or reinvigorate the Clinton Foundation pay-to-play probes.
And, once again, the IG report shows the FBI has been covering up Andrew McCabe text messages. The messages should have been turned over in Judicial Watch FOIA litigation, but we haven’t received one McCabe text message. FBI corruption and cover-up didn’t end, unfortunately, with James Comey’s well deserved firing.

Judicial Watch uncovered that McCabe, despite massive contributions from Clinton ally Terence McAuliffe to his wife’s 2015 political campaign, did not recuse himself from the Clinton email investigation until just a week before the 2016 presidential election. Judicial Watch also forced out documents that show that McCabe used FBI resources for his wife’s campaign.

Separately, the FBI failed to turn over any McCabe text messages in a final response to a September 2017 Freedom of Information Act (FOIA) lawsuit that Judicial Watch filed on behalf of Jeffrey A. Danik, a 30-year veteran, retired FBI supervisory special agent, against the Department of Justice for records related to McCabe (Jeffrey A. Danik v. U.S. Department of Justice (No. 1:17-cv-01792)).  The lawsuit seeks:

The corruption here in DC may be disconcerting to you and, at times, seems overwhelming. Trust your Judicial Watch to try to address this mess as best we can with our lawsuits, investigations, and public education efforts. So be sure to support our efforts as we take on this Deep State attack on our constitutional system of government!