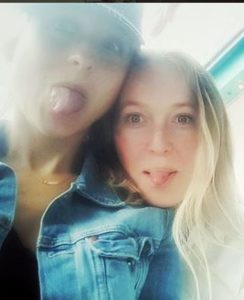 According to an inside source in Brooklyn:

Allison Mack has come back to the USA from Mexico to take control of her sex-slave pod. Following the arrest of Keith Raniere, head of the dangerous sex-trafficking cult, NXIVM, Mack returned to take over where Raniere left off.

Mack was with Raniere when he was arrested in Puerto Vallarta on March 25.

Mack – the former Smalville star – is bent on keeping her NXIVM slaves from escaping and setting them up as witnesses to testify in defense of cult leader Raniere. Raniere has been charged with sex trafficking and forced labor.

Clare Bronfman, the Seagram’s heiress, is also reportedly in NYC. Bronfman is the main financier for Raniere, who is now in pretrial detention in Brooklyn Metropolitan Detention Center. He was denied bail.

The slave women are congregating at Plant Made NYC, a coffee shop in the Village – where India works.

Bronfman is paying for Raniere’s attorneys and reportedly paid more than $1 million in retainers so far.

Mack is under orders to marshal slaves to protect Raniere and they have been told to accept full responsibility for DOS. All of them are expected to testify they gained immensely from Raniere’s life coaching. They were not coerced, and if any women were coerced, it was India Oxenberg’s fault.

Raniere’s lawyers are expected to point out that Raniere’s “direct” slaves are not complaining of coercion or sex trafficking but only the slaves of his slaves. Everything that was done that was named in the criminal complaint was ordered by India Oxenberg and Mack.

Mack, Oxenberg and Clyne have made a pact to go to prison, saying privately they are ready to walk into prison tomorrow if Raniere could be free today. Salzman said she wanted to join them but someone must remain to run the mission.

Mack agreed with Salzman that if India Oxenberg [who is Mack’s slave] goes to prison to save Raniere, it will be “in line with what’s authentic with herself and what’s integrous with herself.”