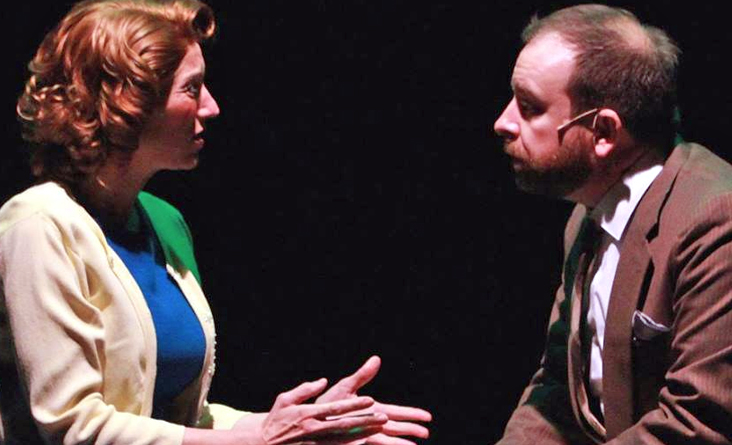 Mainstream outlets exploded Monday when news broke that Fox News host, Sean Hannity, and President Trump both have an attorney-client relationship with Michael Cohen, information gleaned from an FBI raid into Cohen’s office and hotel last week. Aside from the issue of whether the raid is itself unreasonable  due to its stemming from the tainted FISA warrant generating Mr. Mueller’s referral to the Southern District of New York DOJ, Mr. Hannity is not bound to disclose who his attorney/s is or are in his position  as a political commentator, and tv and radio host. He is not a journalist and does not claim to be. Additionally, had Mr. Hannity never met Michael Cohen, Mr. Hannity’s coverage of the raid would most likely have been exactly the same.

While there is no dispute that Mr. Cohen is one of Mr. Trump’s lawyers, Mr. Hannity does not characterize his relationship with Mr. Cohen as that of attorney-client in the “traditional sense.” Mr. Hannity tweeted on Monday “Michael Cohen has never represented me in any matter. I never retained him, received an invoice, or paid legal fees. I have occasionally had brief discussions with him about legal questions about which I wanted his input and perspective.” Mr. Hannity stressed that he and Mr. Cohen never discussed anything that involved a third party, and characterized mere discussions he had with Mr. Cohen as de minimis.

Mr. Hannity’s and Fox’s critics/competitors, however,  were quick to pounce, and arguing Mr. Hannity had a conflict of interest in reporting on Mr. Trump and Mr. Cohen. Politico posted an edited video on Monday entitled “Six times Hannity defended Cohen on Fox News”;  CNN ran a video on its website entitled “Sean Hannity’s bromance with Trump”; The Atlantic called it “Sean Hannity’s Ethical Mess” in a headline.

However, unlike news outlets whose writers and anchors pose as objective, purely fact-based purveyors, Fox’s Mr. Hannity has long since made it clear that his program is not that of news, and that he expresses his opinion. He does not pretend to provide so-called objective news-reporting, and reminds his viewers and listeners of that fact frequently enough. Mr. Hannity provides opinion and analysis on political issues and other matters in the news. He made it publicly clear in 2016 that he backed candidate Donald Trump, and not Hillary Clinton, unlike 65 members of the mainstream media, who were revealed by Wikileaks to have attended a private Hillary Clinton campaign dinner at John Podesta’s house in 2015, many of whom pretended objectivity in their coverage.

Notwithstanding Mr. Hannity’s previous public disclosures that he does give Mr. Trump advice and that he “never claimed to be a journalist,” critics and competitors, possibly envious of his high ratings, have taken the opportunity to pounce on the fact that he and Mr. Trump shared Michael Cohen. Critics, such as CNN, suggest discipline of Mr. Hannity is in order for his failure to disclose that Mr. Cohen was attorney when he reported on the Cohen FBI raid, and that it was a clear conflict of interest.

All of this fundamentally misunderstands the privacy expected of many attorney client relationships, and dishonestly presents what and who Mr. Hannity is as a television host and political commentator. Firstly, nothing would compel Mr. Hannity to comment on the existence or non-existence of his own attorney-client relationship with Michael Cohen. He chose not to. At the same time, with the FBI raid of Mr. Cohen being one of the dominant news stories since its occurrence, Mr. Hannity should not have been expected to remain mute on that news, and not to express his opinion. Critics argue that Mr. Hannity’s position, staunchly defending Mr. Cohen and criticizing the FBI’s raid, and that Special Counsel Robert Mueller’s probe has entered a “dangerous new phase” and is a conflict of interest. Mr. Hannity’s failure to report on the raid would have been odd to his viewers, and, assuming his attorney-client relationship with Mr. Cohen was minor as he claims, the “conflict of interest” would be easily “waivable.” His coverage would have been unaffected by that,, and he has not shied away from discussing and opining on people and matters with whom and which he is personally involved. Again, he does not pretend to be a journalist.

Moreover, this is entirely in keeping with Mr. Hannity’s modus operandi. He has made it known, and it has been widely reported, that he and Mr. Trump are friends. This has never stopped Mr. Hannity from plugging for and advocating for Mr. Trump when Mr. Hannity agrees with him. While it may have been interesting news in and of itself for Mr. Hannity to disclose that he and Mr. Trump both received legal advice from Mr. Cohen on one of his shows, not disclosing the existence of his attorney-client relationship is a right he has that does not undermine his ability to express his political opinions. Again, the judgment would be different if he posed as an objective news reporter, which he does not. The analysis would be different were the communications not with an attorney, as attorneys are professionals with whom clients enjoy special privileges and confidentiality.

Some may even argue that Mr. Hannity’s decision to heavily criticize Mr. Mueller and the SDNY DOJ’s raid of Mr. Cohen’s property shows guts, when Mr. Hannity might have suspected that the feds would discover Mr. Hannity’s relationship with Mr. Cohen, and Mr. Hannity’s criticism of the feds could prompt or heighten a probe into Mr. Hannity.

Interestingly by contrast, while mainstream media could not exactly ignore George Stehanopoulos’ contributions made to Hillary Clinton’s campaign, and the fact that he could not moderate the 2016 Presidential debates, his longstanding relationship with the Clintons never prevented him from providing political “news” at ABC.

One of the most vexing arguments raised so far is by CNN’s Brian Stelter, who argues that “even according to Hannity’s account, he was taking free legal advice from someone on the president’s payroll.” This argument misleads by a putatively objective newsman, Brian Stelter. The argument implies that Mr. Trump, through public office or otherwise, subsidized legal advice given to Mr. Hannity. This implies that Mr. Cohen took money from Mr. Trump and then used his legal skills to assist Mr. Hannity in rendering legal advice, with a causal connection between Mr. Cohen’s being on Mr. Trump’s “payroll,” accepting money from Mr. Trump to render legal advice to Mr. Hannity. However, Mr. Cohen could have provided the advice pro bono. Given Mr. Hannity’s description of the “de minimis” exchange, it very well could have been. But even assuming an attorney-client relationship between Mr. Hannity and Mr. Cohen were more substantial, and Mr. Cohen actually did bill Mr Hannity for his services, and not Mr. Trump, then the fact that Mr. Cohen received payments for services provided by Mr. Trump for work unrelated to Mr. Hannity is entirely irrelevant. In other words, Mr. Cohen being on Mr. Trump’s “payroll” means nothing, unless Mr. Trump paid Mr. Cohen to give Mr. Hannity legal advice.

However, there is one glaring conflict of interest that is not being addressed: CNN, MSNBC and various other MSM outlets and their commentators, reporters, and contributors are not self-reporting and disclosing that they directly compete with Fox News and Mr. Hannity for ratings and advertising dollars. What should be done about this? Is it a conflict of interest that warrants discipline or disclosure in every item of coverage?

Because Mr. Hannity provides political commentary, opinion and analysis on his television and radio shows, he does not have to play by the same rules as, for example, Wolf Blitzer of CNN, and pretend to objectivity. He also need not disclose the existence of a confidential relationship that, however attenuated and minimal, is sacrosanct in this country, namely the attorney-client relationship. Taking these two together, nothing prevented Mr. Hannity in his job from opining on what may turn out to be a massive abuse of process and authority by the FBI. Nothing required him to comment on his private and possibly attenuated involvement with Mr. Cohen, and had Mr. Hannity never met Mr. Cohen, like many of his colleagues at Fox and other conservative media, his opinion and coverage of it would likely have been exactly the same.