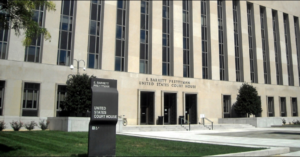 I have been writing for years, calling for the things that Congress and others are finally pushing forward…that is; bringing, crooked Obama administration appointees to justice. I’m talking about Hillary Clinton regarding Uranium One, her illegal email server and personal email use, the illegal handling of classified and un-classified information, money laundering; at the time, unknown FBI Agents (now known as McCabe, Strzok and Page) conducting corrupt investigations and breaking every investigation Rule and Regulation, in the FBI handbook; corruption abounding in the Holder and Lynch DOJ; and on and on. The Congressional Committees, lead by Republicans, and the FBI IG and now US Attorney Huber , are moving toward a fair and “complete” criminal investigation.

What about the FISA Court?

But here we are. McCabe was fired hours before his pension eligibility making him a prime candidate for a deal to nail Comey, who will cave like the little girl, the 6’7 wimp he is. Comey already threw Lynch under the bus. As I wrote numerous times, both cannot be telling the truth. Comey is going to give us a real, Obama “yes-girl,” Loretta Lynch, just like her passing off her responsibility as Attorney General to Comey on the Hillary probe. But ,what about the FISA court?

There is also a VERY serious problem that only the president must deal with the FISA Court !

I believe that the abuses of the FISA eavesdropping court have been profound, substantial and ongoing for years by the Obama, NSA, CIA, and FBI. The evidence is overwhelming just from the outrageous, arrogant, abnormal responses the Directors give when questioned by ANYBODY! It’s like they are saying, “How dare you question me”; it’s written in their body language and most importantly in their answers. Starting with Clapper and Brennan and ending with Susan Rice and Comey, the four highest ranking security officers in the nation and (think about this) they ALL lied to Congress, and you and me REPEATEDLY when it came to the FISA court… they circled the wagons! WHY?

Clapper had the audacity to be sure his lies under oath to Congress were just past the Statute of Limitations before he admitted he lied, under oath. Well, if he lied under oath, he did it for a reason. WHY?

As did Rice, Brennan and Comey. WHY ? If the reasons were a continuing crime, like participating in an ongoing Racketeering Organization to deceive the FISA court and those criminal activities were a pattern of Racketeering activities that are continuing today, or if the crime is being a party to Treason, a Capital Crime, or a part of another Capital crime like Murder, there is or may be, no statute that has run! The idea is, why the hell did all the top security officers in the country lie about “monitoring US Citizens” through the FISA court and the unmasking of “hundreds and hundreds of citizens” when their identities are supposed to be erased from the record,  according to law and when, during the same one year period before Obama’s last year, only a fraction of that was unmasked?

Also the Democrats, the Democrat National Committee used the FISA Court to monitor members of the Republican Party’s Presidential Campaign by illegally obtaining a wiretap on Carter Page with an application that was signed by Rod Rosenstein and Bruce Ohr, both ranking members of DOJ and both still occupying positions of trust and confidence, which has absolutely been violated!

Why are they still occupying positions of trust and confidence when nobody knows what they did before the FISA court, to deceive the court? We know that the court was deceived, don’t we? What part did Rosenstein play? His freaking signature is on the documents presented to the court!

If you wonder why so many top DOJ Attorney’s and FBI Official’s signatures are required on a FISA Application,  it’s because the FISA court has caught the Security Agencies, so many times, trying to deceive the Court, that they  now require additional, DOJ signatures…fact!

How do we investigate? The only, and I mean “only,” way this mess can be investigated is by the FBI. It must be handled by Field Offices, sharing the load using ONLY experienced Criminal Agents who have never been before the FISA board! Sorry, no Security Agents should be allowed. To find out why, research some of the available info on FISA court alleged abuses.

Also, the prosecutor must be a US Attorney (not a Special anything), appointed by the President and in a District that is both convenient and out of the D.C. area. DOJ must retain control, under the President and our Rule of Constitutional Law, and not some out of control agenda.

However, the President absolutely must take control and stay involved with what has been going on with the FISA Court abuses for years and by all the Security Agencies. Too many questions remain unanswered regarding this abuse. We ask WHY? What the hell have they been up to? And with whom? What other countries? We are talking about the security of our Nation and not just presidential election interference or any one issue!  I believe a proper investigation would lead to RICO cases to be opened on a lot of disloyal Americans!

The President MUST get involved and the FBI MUST investigate! There is no other way. The Presidency and America are both at risk!

The Wait is Over for Unreleased JFK Documents
After McCabe, will Comey be referred for criminal investigation for leaking classified info?
Comment