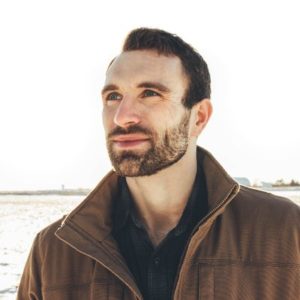 Music Producer and Candidate for US House of Representative Wisconsin

For too long, marijuana has been wrongfully labeled and misunderstood in this country.

The issue is not the drug itself, but the stigma surrounding it; a stigma caused by misconception, racism and criminalization. Marijuana has been proven beneficial for so many, and the drug’s illegal status has caused more harm to American society than its side effects.

Here in Wisconsin, I know folks who have had to go to extreme lengths to obtain marijuana legally for medicinal use or travel across state lines for a duration of time to use the drug for treatment. This shouldn’t be the case. I envision a future in which my children and their children view the federal prohibition of marijuana the same way we view the prohibition of alcohol today – strange and unnecessary.

The progress we’ve seen by individual states in recent years on this issue has been nothing short of encouraging, but it’s time to act on the federal level. The benefits outweigh the pitfalls.

The federal legalization of marijuana would go a long way to ending the opioid epidemic in America.

There is no reason marijuana should still be classified as a Schedule I drug along with heroin and ecstasy—not when cocaine, methamphetamine and most prescription opioids, like oxycodone and fentanyl are classified as Schedule II by the Drug Enforcement Administration (DEA).

Our country’s opioid crisis has reached epidemic proportions. The National Institute of Drug Abuse reports that more than 115 people die from an opioid overdose in the U.S. every day. And this plight has reared its head right here in the 7th district: from July 2016 through September 2017, the Midwest saw a 70% increase in opioid overdoses [1].

Opioids and methamphetamine, with their high-risk of addiction and overdosing, have continued to ravage communities in Wisconsin and across our nation. Meanwhile, marijuana has been proven an effective substitute for prescription opioids in treating pain [2].

In a recent study conducted by the Minnesota Department of Health, it was found that out of a sample of 2,245 patients taking various pain medications to treat intractable pain, over half (58%) were able to reduce their use of other pain medications while taking medical cannabis. Specifically, opioid medications were reduced for 38% of those patients sampled [3].

As your Representative, I will champion the federal legalization of marijuana to help curb the opioid epidemic and prevent more lives from being lost and families from being ripped apart in northwestern Wisconsin.

On a national level, marijuana needs to be re-classified, decriminalized and recognized for its medicinal benefits so that more research can be done and the drug can continue to help more people.

Marijuana is not just an effective pain management tool; it has been proven to treat various other ailments. For example, many neurological disorders and their side effects like seizures caused by Epilepsy or muscle spasms caused by Multiple Sclerosis [4]. Cancer patients use it to manage pain and reduce nausea caused by chemotherapy [5]. It has also been used to increase appetite and limit weight loss in some patients suffering from HIV or other chronic illnesses [6].

In Congress, I will support legislation to legalize marijuana in America to make studying the drug easier and to improve the overall health and well-being of those who benefit from its use.

Most Americans view marijuana as a relatively safe drug while too many futures are being tarnished due to its criminalization.

From the inception of the War On Drugs in the 1970s, our country’s prison population has increased at an alarming rate. The U.S. has the highest incarceration rate in the world with an estimated 2.3 million people behind bars. In 2016 alone, more than 80% of the 1.5 million drug arrests were for possession only [8]. And enforcing such laws mostly pertaining to the prohibition of marijuana costs our country about $3.8 billion per year [9].

Our current drug laws are not only counterproductive, they are also racially skewed. While marijuana use is relatively equal across all races, minorities are disproportionately singled out when it comes to drug related arrests [10].

It’s said that restrictive marijuana laws have not limited the use and accessibility of the drug [11]. In fact, marijuana use has more than doubled in recent decades. As a result, popular opinion has shifted in favor of legalization, particularly among younger generations [12].

The case for legalization is growing every day. Once elected, I will push to legalize marijuana so that money is no longer wasted and less futures are ruined by the enforcement of unnecessary laws.

It’s no question that the benefits outweigh the pitfalls when it comes to the growing and selling of marijuana.

Our country’s drug laws are outdated when it comes to marijuana and limit the drug’s economic potential. Economic growth due to the cultivation, sale and taxation of cannabis in states that have adopted legalization prove that it can be a high commodity.

In Colorado alone, which legalized the recreational use of marijuana in 2012, the cannabis industry created 18,000 full-time jobs and brought in $2.4 billion in 2015. And when it comes to taxation, it’s reported that that marijuana has more than tripled tax revenue brought in by alcohol in that state [13]. Nationally, at its current rate of state legalization, an estimated $40 billion in economic output is predicated by the year 2021 when it comes to the legal cannabis industry [14]. Why not increase those odds with federal legalization? Think of all that those funds could be used for: investing in education, infrastructure, and more drug treatment programs to assist further in ending the opioid epidemic.

In Wisconsin, (where medical marijuana is legal but very limited in comparison other states [15]) when signing a bill that legalized hemp farming for the first time in 80 years, Governor Walker proclaimed our state as “America’s Hempland [16].” This is a good step forward, but the restrictive nature and limited access to seeds due to federal regulations on hemp’s close cousin will stifle industrialized hemp’s economic benefits for our state.

As the Representative of northwestern Wisconsin, I will work to federally legalize marijuana to create jobs and spur economic growth not just for our great state but for the entire country.

DOJ: ‘A Development in Case’; Raniere may be in court today – may be indictment or bail effort!
The Wait is Over for Unreleased JFK Documents
Comment