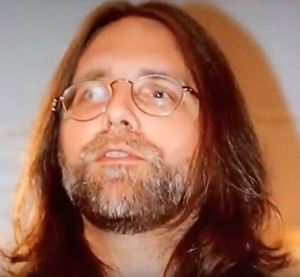 Keith Raniere utilized a multilevel marketing strategy for his classes for NXIVM. The students were the sales force and were compensated for students they recruited.

In the classes which were overall nothing more than a giant self promotion of Raniere’s greatness and a rehash of other people’s teachings.

Raniere studied Scientology, a body of beliefs and practices created by L. Ron Hubbard, as an alternative to psychiatry, and a religion with its own terminology, doctrines, an E-meter, and the practice of auditing.

Raniere studied Neurolinguistic Programming,  an approach to communication, personal development, and psychotherapy created by Richard Bandler and John Grinder which claims a connection between neurological processes, language and behavior a person learns through her life experience and that these can be changed to achieve certain goals.

Raniere synthesized these, and a dose of author Ayn Rand, a dash of Milton’s Paradise Lost and a hodgepodge of other stray bits of wisdom he accumulated over time into NXIVM ‘technology’ for people who felt inadequate and frightened by life in return for money and sex partners.

Are there some NXIVM people who benefited from the classes? Possibly.

What I saw was the more classes a student took, the less capable she was of functioning and the more obedient to Raniere.

From what I observed, students had an inability to focus which usually led to a disconnect at all critical moments, almost as if the NXIVM student was programmed to be a mere ‘worker bee’ and before she could ever gain the independence needed to become an executive success or accomplish tasks which required strength, or finesses or leadership, she would disconnect and be utterly unable to proceed.  And that point she would be programmed to ask Raniere or one of the higher rank members of NXIVM – such as her coach. She would then be told that she needed to pay for more courses and the need itself and the desire to seek help from NXIVM was indicative of the great progress she was making.

And, if somehow, the thinking she needed to accomplish a task led to realizing she needed to get far away from Raniere, the student would often panic and descend into abject fear and sometimes infantilism.

Following through on projects seemed difficult or impossible for NXIVM students during my tenure. That is why NXIVM needed so many outside consultants; their own members were utterly deficient in business and most worldly matters. Most could work only under direct and careful supervision.

Throughout the years of NXIVM, the women Raniere was bedding while seeming to fare slightly better than those he did not bed, overall they were anxious, constantly dieting and striving to please him and worried over his absence or their weight or to displease him for reasons I doubt they even fully understood. He was manipulating them into slavery.

The women who were too old for the harem [35 plus], and the eunuch-like male members – seemed to hold Raniere in a veneration an acolyte holds towards his God. This too is part of the NXIVM technology.

Interestingly, there is a crime and punishment module.

Page 179: “coaches are to make sure that students understand ‘that punishment upholds our ethical system and without punishment there can be no ethics’”.

How convenient. This allowed Raniere to punish a student in ‘ethical breach’. And claim moral superiority while doing it.

In NXIVM, ‘ethics’ supersede ‘rules’. NXIVM leaders often consider it ethical to break the ‘rules’ to uphold ‘ethics.’ This is helpful since laws are after all nothing more than rules.

Since Raniere is the ultimate authority on ethics, there are no rules or laws for his followers other than his fiat. He refers to himself as an “ethicist.”

Judging every action subjectively by unwritten ‘ethical principles’ is a recipe for dictatorship. Which is why Raniere wrote it that way.

Below is a checklist from the secret class course work of NXIVM. It was against the ethics and the rules of NXIVM for a student to reveal this secret teaching. However in attempting to patent much of this, it became public. 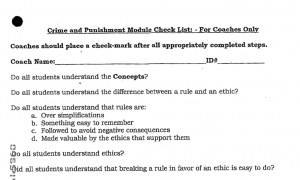 Raniere taught his followers that ethics was their highest value. And he, as the ethicist for NXIVM, created the ethics.

His ethics led to charges of sex trafficking and forced labor, and, if I am any judge, there will be more charges for crimes most of the world considers unethical.

But isn’t that after all precisely what a cult is for – to be able to create your own ethics and have people follow it blindly?

Keith Raniere teaching ethics to a 12 year old girl. [not a real photo, but photo-shopped by the author.] 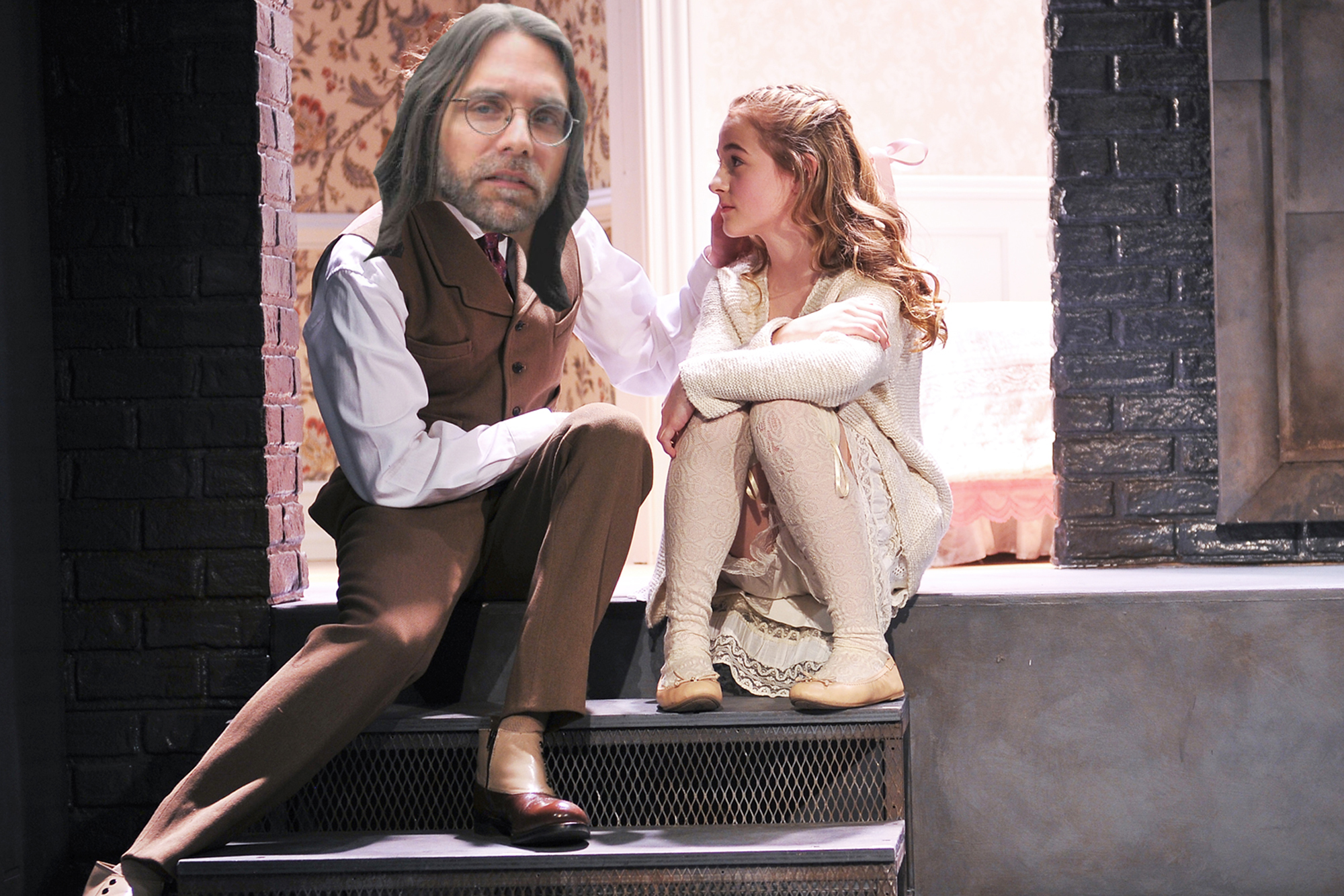 Above: Keith Raniere teaching ethics to a 12 year old girl. [not a real photo, but photo-shopped by the author.]