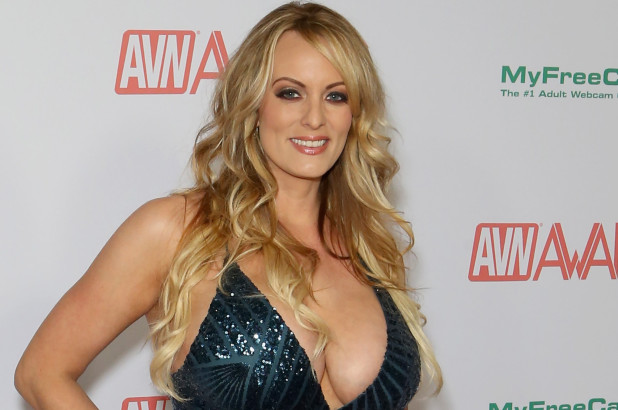 Pictures of Stormy Daniels have circulated message boards and social media lately, with emphasis on her hip area, which show a raised “K” shape scar amid a flower tattoo.

Daniels claims she is not a branded NXIVM slave, that the mark is a scar and it came from surgery.

As a writer on the topic of NXIVM, I would venture that Stormy was NOT branded.  I think I can offer evidence to support my opinion.

I broke the original branding story in June 2017. It led to the arrest of cult leader Keith Raniere and Allison Mack in 2018.

In my work with [and against] NXIVM, which began as their publicist, and morphed into becoming a whistle blower, I wrote more than 1700 stories abut the cult and spoke with more than 100 women inside the cult, and those who defected and that included branded slaves.

I believe I have learned the identities of every branded slave. I persuaded some to become witnesses for the DOJ against their former master, Keith Raniere. He has been federally charged with sex trafficking and forced labor.

I don’t think Stormy was branded. Here are some additional reasons:

I do appreciate the conspiracy theory. It’s lovely: Stormy is a NXIVM sex slave. Raniere and NXIVM are connected to Hillary and Bill, hence Stormy, as a sex slave, was ordered to ruin Donald Trump.

As a matter of fact, Raniere – who led NXIVM with an iron fist – hated Hillary Clinton. He called her “a cunt” many times. He gave her money, true, but that was only to get her to help him get enemies indicted.

Raniere preferred Trump for president. I know of no instance where Trump ever met Raniere.

Democrats were willing to take Bronfman money. Raniere was willing to use them to protect his cult and go after enemies.

But the Stormy- NXIVM- Trump conspiracy is not likely to be true.

As or Stormy Daniels, it’s cute – but no cigar.

According to some, the scar looks like the branding administered to NXIVM members to become part of Raniere’s harem of sex slaves.  I believe this picture was photo-shopped using my picture of a NXIVM brand on Stormy’s hip area.

Wrong location for the brand.

Stormy replied to those who say she is a NXIVM slave:

There are literally thousands of pics/video of me nude to disprove your terrible photoshopped conspiracy theory,” she tweeted on Tuesday, adding that it’s a “tattoo covering a surgery scar.”

It has been also pointed out that Daniels joked about joining a cult in 2010.

“I think I’m about to be initiated into a gang….or maybe it’s a cult. Lol.”

NXIVM branding did not start until 2015.

Click here to post a comment
Guest View: You May be Wrong; Stormy Daniels MAY BE BRANDED NXIVM SLAVE out to get Donald Trump!
Facing Indictment, Is Seagram’s Heiress Bronfman A Flight Risk?