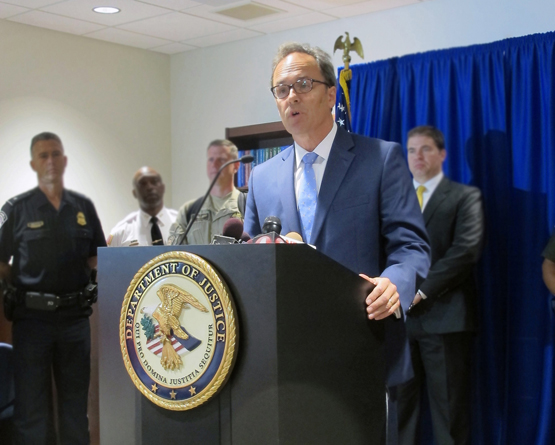 Well, there’s definitely a lot to unpack here in terms of having a Special Prosecutor appointed to look into disgraced former NYS Attorney General Eric Schneiderman.

To begin with, Gov. Cuomo did that on Wednesday. He appointed Nassau County District Attorney Madeline Singas to serve in that role and she’s promised to “vigorously investigate” the allegations.

Well, not exactly. Cuomo moved quickly to get this investigation into the hands of a political friend – just like he quickly pushed for Schneiderman to resign – mostly because he hates Schneiderman and views him as a dangerous political rival. So, just because we have a Special Prosecutor handling the case, don’t expect justice to necessarily prevail.

Schneiderman deserves the same kind of treatment he was so good at dishing out.

But Cuomo, who still thinks he has a shot to be President, has his own unopened closet. And Schneiderman supposedly had the keys to it. Of course, those keys won’t work anymore unless Schneiderman passes them on to someone with “clean hands” (Good luck finding such a person in Albany).

And let’s not forget that while he was Attorney General, Cuomo did a number of things to help out NXIVM, the sex slaver cult.

First, he refused for months to investigate the “mystery child” who turned out to be Raniere’s own kid, Gaelen, Then, when Cuomo was finally pressured into doing something, the NYS Police who were assigned to do the investigation quickly moved away from looking into Gaelen’s origins and, instead, opened up an investigation that led to bogus criminal computer trespass charges being brought against three of Raniere’s most outspoken critics: John Tighe, Joe OHara, and Toni Natalie.

Cuomo launched a half-hearted effort to investigate some of the other criminal activities that Raniere and NXIVM were involved in. But as soon as the Bronfman sisters’ names came up, the two Assistant AGs who were assigned to the case actually sent an email saying, “Please don’t send us any more materials on NXIVM.”

After indicting Parlato, Hochul surprised the local community when he retired early to take a private sector job [at four times the salary he made as US Attorney] with Cuomo ally and former Bronfman associate, Jeremy Jacobs of Delaware North.

it could be coincidental. But with new revelations coming out almost daily about corruption at every level of the DOJ and FBI, this seems more suspicious than ever.

So, will Schneiderman get indicted? Yep, I think that deal is sealed.

The real question is whether the Feds in the Eastern District of New York have the balls to take on the biggest, most corrupt gangs in New York State: the political machines that control Albany and the rest of the state. If so, then a lot of politicos had better start looking for criminal defense attorneys because there’s not enough of us here to represent all of them.