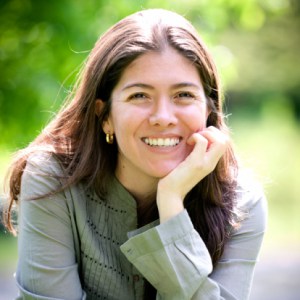 A secretly recorded conversation between Toni Zarattini and Emiliano Salinas, obtained by Artvoice/Frank Report, reveals a great deal about the inner workings of NXIVM.

The call was made in August 2017, at a time when only I was publishing about the blackmail and branding of NXIVM women.

The tape begins with basic greetings.

Toni Zaratini [TZ:] How are you?

Emiliano Salinas [ES]: I’m already in the hotel and finished my work and wanted to ask you if you have have time to talk or if you have a time limit, because I want you to help me see several things with you

TZ: Of course I have time.

The conversation moves toward an attempt at peace with perhaps a bit of veiled threat by Salinas:

ES: Ok, cool. I kept thinking about the plane maybe it could sound stupid to you but when in 1963 they avoided the missile crisis because they could sit and talk. It was beneficial for everyone. I think it’s good that we are speaking just like them.

TZ: Me too, Emiliano.

ES: Because, if there is the possibility of resolving things without the need for a confrontation, I am always in favor of that and two, if there is a possibility that we are wrong in our perception, even if it is a small probability, I think it is worth it before getting into chaos and maybe for nothing, right?

ES: I mean, right?, I do not know, ehhh, I do not know exactly where to start, but I think I am willing to do it? I would like to know your perspective of what happened and I’ll tell you mine, from my side ehhhh what has happened ehhhh no doubt your perspective ehhh will help to understand your actions and maybe mine could also help you enrich yours and maybe we can achieve a more objective appreciation of what is happening, right?

TZ: Correct, very correct. If you want, I’ll tell you my process. For me, it all started when we went to the Coach Summit [a retreat where NXIVM coaches meet to learn NXIVM leader, Keith Raniere’s latest ideas for teaching and recruiting members], and I learned the news that Mark [Vicente] and Sara Edmondson left [NXIVM].  I was very surprised because the interaction that I had with Mark – because I know the relationship you had with him and with Keith; the relationship that I developed with him. We had seen each other in the conferences in Leon, you remember. My image of Mark was that he was a very committed person [to NXIVM] and with him, I mean, he was one of ??the best recruiters in the company.  I mean, he was on the Board [of Directors] with you. All this image of Mark and the knowledge, because I saw how, from the moment he first joined [NXIVM] until he got to where he was, right? Well I went and asked Loretta [Garza, a High Ranking NXIVM leader] because I was not satisfied with what they [other NXIVM officials] said that he was filming movies, which was the explanation they gave when you where there having your babies, your baby.

ES: And it has been good, I’ll tell you.

TZ: I imagine. So Loretta gave me an explanation. But it was very strange because [Loretta said the reason Mark left NXIVM was because] Mark got angry because [his wife] Bonnie [Piesse] had a problem at the Source [Raniere’s and Allison Mack’s acting course] with those who were there and because of that, Mark decided to leave because of his process that he could not solve certain things. OK? And then I also find out about Sarah Edmondson, who left [NXIVM], and why did she leave? [NXIVM members told Toni] Because she was having a tantrum because it seems that she wanted Mark’s position [in NXIVM]. But it was not very clear and understandable for me, Emiliano, honestly. And so we continued in Coach Summit. I did not continue to inquire or anything.

[The truth is that Mark Vicente and Sarah Edmondson quit because Raniere started a ‘sorority’ among women where they were branded and blackmailed. Sarah was actually branded. The stories Loretta Garza – who reportedly is also branded – told Toni were typical NXIVM coverup lies.]