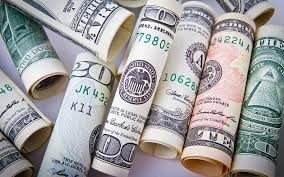 NEW YORK, NY – Ahead of the Puerto Rican Day Parade on Sunday, Cynthia Nixon called for the state to divest from funds managed by firms that hold Puerto Rican debt. The debt crisis has devastated the island’s economy and made its recovery from Hurricane Maria all the more difficult.

As of March 2017, the New York State Common Retirement Fund had $324 million invested in the Tilden Park Investment Fund, which went on a bond buying spree in the wake of the hurricane, with the hope of profiting off of the island’s tragedy. The state pension fund also is invested in Oaktree Capital, Centerbridge Capital, and Knighthead Capital, all of which own Puerto Rican government debt. Additionally, the Fund is invested in The Blackstone Group and TPG Capital, two large private equity managers who have aggressively pursued foreclosures on the island.

The Governor has been criticized in the past for taking money from hedge fund managers and others on Wall Street who have profited from Puerto Rico’s economic decline, yet has continued to accept those donations.
“The Governor’s hypocrisy on Puerto Rico is stunning. He traveled to the island after the hurricane, and said the state would offer every aid, but his campaign is being financed by the same hedge fund managers who have devastated the island for profit,” said Cynthia Nixon. “Andrew Cuomo is all about the photo op, about getting his name in the paper. But like with so many other issues, when he’s asked to choose between his donors and people who are struggling, he picks his donors every time. We must show the people of Puerto Rico we are their ally, and divest New York state pension funds from any Puerto Rican debt holdings, now.”
While the Governor does not directly control the pension fund, Cuomo recently used his influence as the state’s top elected official to push the Comptroller to divest the state’s pension fund from fossil fuels.