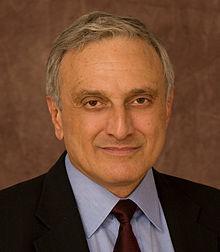 If you agree with the following, send it to your contact list and write Ed Cox a note and tell him to go home.

Hey Ed, except for the top of the ticket New York’s statewide nominating convention once again was a poorly planned farcical circus.  Not many County Chairmen were happy with you or your under-ticket selections.

Ed, you may be the Republican State Chair but you are still a Washington establishment RINO with the fallen Reince Priebus as your godfather.  You endorsed Elliott Spitzer’s egotistical Jonathan Trichter as the State Comptroller candidate against Thomas DiNapoli.  Trichter can’t seem to find an issue that will appeal to upstate voters in the most wasteful and highly taxed state in the union.  He’s a former Democrat strategist who hesitated to re-register as a Republican.

You endorsed Keith Wolford as the Attorney General candidate.  He’s a “Harvard” grad without any vetting who gave tens of thousands of dollars to Democrat candidates because he was the resident politician for his law firm. Was it because he promised $100,000 up front for his race?  Do you really think $100,000 is going to get him the required name recognition?

Neither of these candidates shows any material Republican/Conservative values or ability to attract money from the big donors.  Marc Molinaro may have a chance of getting the upstate base to come out and vote if he had better handlers.  You can just smell the treacherous D’Amato in the wings playing puppeteer for Cuomo and instructing his gopher to advise Marc not to mention Trump or the 2nd Amendment in his otherwise strong convention speech.  He has been conditioned to say “I didn’t vote for him” and you just sit there and smile. That may work downstate where no one will vote for Marc anyway, but it certainly won’t fly upstate and on Long Island where Marc needs a huge surge from the base and where working men believe in Trump and feel that the 2ndAmendment is sacred.  Trump polls a solid 54% positive in Western New York.

For Governor, you and Casale advocated for the empty suit John DeFrancesco, another clueless RINO who recently gave a speech at CPPAC where he said he voted for Cuomo’s budget, including Cuomo’s progressive agenda, because “there were some good parts to it”.

It is likely the Party will lose the Senate this year primarily because you and the useless John Flanagan have allowed the Republican caucus to do their own thing, show no allegiance to or support for statewide candidates and give Cuomo everything he wants.  They now are begging the voters to keep them in their majority.  If they act like Democrats anyway, why?  Instead of being an aggressive, hardball opposition government, earning their offices and advocating our issues, they like the back room away from the public wheeling and dealing, despite being incapable of competent wheeling and dealing.  Cuomo denied NY fracking and billions in royalties, thousands of jobs and wealth for property owners and instead gave us 5 new casinos that will suck up the last nickels of our poor and the caucus said nothing.  It takes three to tango in Albany.  The Republican Senate caucus has given Cuomo his entire progressive agenda and received nothing in return.  Flanagan gave them rent control for nothing in return and thought no one noticed.  Maybe it’s better they lose the majority. Warren Anderson would agree.

Ed, you are a mess.  You command no respect and should resign now.  You are burned out and can’t win a statewide race.  You can’t raise money for lack of any track record.  It’s time to go home, Ed.

Take Flanagan and the hypocrite Suffolk County Chairman Jay LaValle with you.  He now wants to rewrite history and say he was never with John Kasich and supported Trump in the primary, despite being with Kasich primary night and telling his Executive Committee the next day to keep their powder dry and Kasich will take Trump out at the convention.

The Republican Party is a dysfunctional mess and is doomed again unless you and your overpaid and useless staff get real lucky and Cuomo gets indicted before November.  Not likely.

Another opportunity lost.  How can you stand another slaughtering?  You should be ashamed of yourself.

Day after BuzzFeed reveals Trump aide Joe Hagin’s ties to NXIVM – he resigns
THE ‘IG’ REPORT SHOULD BE NO SURPRISE TO THE PRESIDENT OR ANYONE ELSE!