Ben Szemkus – is he telling the truth?

Not to add fuel to the fire, but, as people debate whether Ben Szemkus’ story of meeting Eric Schneiderman, Anthony Wiener, Huma Abedin, Stormy Daniels, James Alefantis, Keith Raniere, Allison Mack, the Bronfman sisters and  Nancy Salzman at a NXIVM mixer in Hamden Connecticut is true or not, a new bit of information comes in.

A NXIVM insider told me there was at least one intensive held in Connecticut around the time of Ben’s story. This NXIVM insider has no connection with Ben, never met him, never saw him. In fact he thought it was unlikely the event Ben described was true – but would not rule it out. he knew however for a fact that around the time Ben allegedly went to a NXIVM mixer – NXIVM was recruiting in Connecticut.

Ben contacted Frank Report today to see if he could make contact with a person who left comments under the moniker Donna the Huntress.  Donna claimed to have been at the party but has not revealed her identity.

Ben believes he remembers her. Donna has added to Ben’s story.

Ben’s story about a NXIVM gathering he attended in 2007.

Ben came with a girlfriend to the mixer.

There were eight men:

There were about 20 women.

Keith spoke to the Yale girls about becoming nannies and speaking in different languages to train children.

Mack spoke and Stormy spoke to the women.

Eric Schneiderman arrived later and spoke to Ben about “the movement that they were building”.

Keith spent time in a bedroom with lights off with Stormy Daniels and Allison Mack.

Ben thinks there is a possible Yale and Democrat party connection to NXIVM.  He said that Bill, Hillary and Chelsea all graduated from Yale.

“There is is a small group who are trying to do back flips to try to discredit this story,” Ben said he plans to take a lie detector test to try to prove his story is true. He will videotape his lie detector test and have witnesses there to watch it.

Meantime, Ben said he wants Donna the Huntress to contact him.

Here is what Donna said about the party she claims to have also attended — with Ben:

I was at the party and Stormy [Daniels] told me she just came back from the Super Bowl. I spoke to Eric Schneiderman and he was a real gentlemen. I remember Ben offered to sell him some weed. I didn’t buy any. I said to Ben and Eric that I smoke other things but not weed. … I can confirm Allison Mack is not a tranny because I was in the room with Keith, Stormy, Allison and Jan (the hostess )… I was the only black chick there. I came in and out and said, ‘This nanny stuff is bullshit.”

Ben is telling the truth. I don’t remember the pizza guy [Alefantis] but I remember Huma and Keith talking… Huma was trying to channel Keith’s energy. Wiener went into the bedroom with Nancy … I was in the next bedroom and I heard them talking. She was asking him about his childhood and he said he liked to be an exhibitionist when he was a boy and his name ‘Weiner’ made him think of his wiener and he wanted to show it to others to get their admiration. Nancy told him this was why he craved showing it to others: Because people made fun of his name when he was 5 years old.  I should not have listened but I could not help it. He was a congressmen.

Keith had Clare secretly record the conversation, maybe to use it against Wiener. He also filmed Stormy, Jan and Allison. They invited me, but I only watched. Clare wanted to ‘do’ me and I said ‘no.’ There was not as much sex as you might think. Mostly drinking and talking about how great Nxivm was and how children should be taught to have sex at a young age and they would grow up freer.

Wow – I just realized I might have been branded that night….

After Ben left, Elliot Spitzer came to the party with Ashley Dupre – who was just stunning. They were on their way to DC but they had to stop by and see Keith to get some secret tips on sexuality. Keith told Elliot that, when having sex, to always keep his calf length socks on for the warming of the calf and the light pressure [it] would bring [for] extra potency. …  They came in right after Ben left with his girlfriend.

…. Stormy Daniels was very nice and Keith was pretty cool too. He spoke to me about the metaphysical realities of transcendent awareness. At the time I just thought him a nerdy, cute, funny guy who wanted to date a black chick. And I was (and still am) hot. … [based on the people who were there at the party] it suggests Clinton- Podesta and co. were up to their eyeballs in [NXIVM]….

One thing more, Eric Schneiderman is not a racist. He told me I could be his ‘nigga bitch slave’ but he would take care of me and when we went out in public, he’d treat me like a lady. I thought he was kind of cute to say that, but … something … seemed too far fetched. So I passed.

Last word. If anything happens to Ben, it won’t be a suicide or an accident. 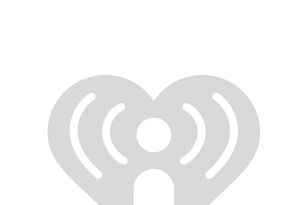 Like Keith Raniere, Eric Schneiderman liked to starve his slave women. He also has another thing in common with Raniere – his eyes.

File this under conspiracy theories if you like – but since it involves NXIVM, it is part of our beat.

I think it is fair to give it a complete airing.

Presently Keith Raniere is in MDC. If he is convicted on sex trafficking, he may join Wiener and Tighe in the sex offender unit at Devon.  Eric Scneiderman, who has resigned in disgrace – and faces possible criminal prosecution, has a chance of joining them also – but not as good a chance for at least at present he is under investigation by New York State authorities. But there is a chance he may have had a hand in the NXIVM conspiracy and may be charged for corruption.

The secret of brainwashed Allison Mack’s fall from star to a man’s sex slave, pimp and brander of women – in the name of women’s empowerment
NXIVM love story: Kirsten Gillibrand’s father and stepmother fell in love because of sex slaver cult
Comment