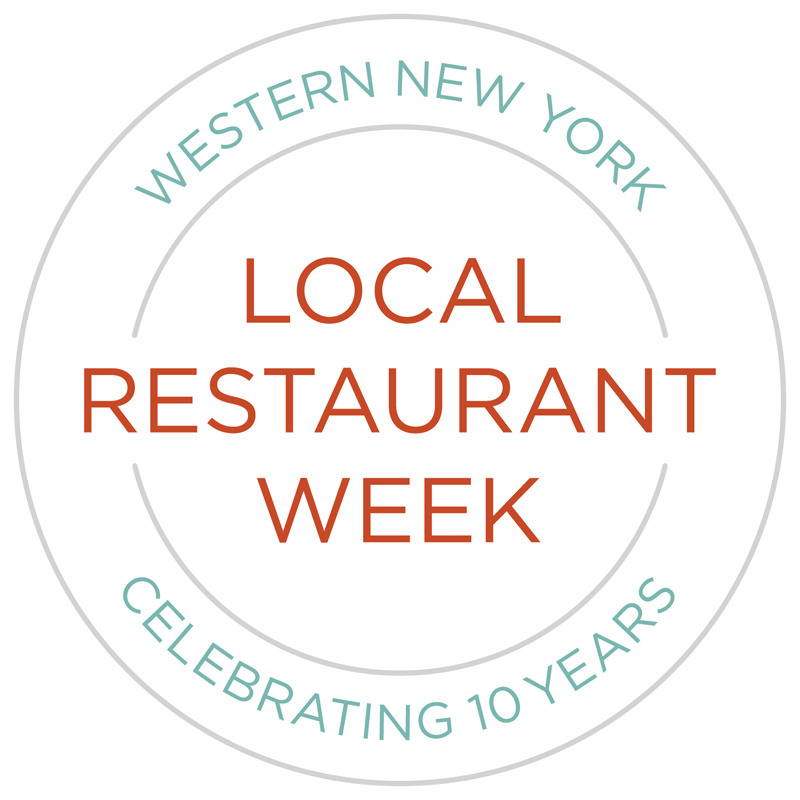 10 YEARS AND STILL HUNGRY FOR MORE.

October 15 through October 21, Western New York’s Local Restaurant Week is celebrating 10 Years of dishing up palate-pleasing pairings of sumptuous food and local culture. And thankfully, no one’s full yet!
One of the Top 5 largest independent restaurant promotions in the country, WNY’s Local Restaurant Week is a biannual event that celebrates the vital role that local independent restaurants play in the region’s cultural identity and economy. The event is produced and managed by Food Service Enablers, an area food service technology company that also founded the event in support of local independent restaurants. Local Restaurant Week features over 200 participating restaurants, providing food lovers with an excuse to eat up the local culture, discover locally owned eateries and sample featured dishes priced at $20.18, $30.18 and/or $40.18.

“I am one of the founders of Local Restaurant Week so Seabar was the first to participate,” explains Seabar owner, Mike Andrzejewski. “Local Restaurant Week came about because we had an idea to try to re-invigorate the local restaurant scene when it was a little quiet and slow in 2009. We wanted to try to target a new audience and get them into the local dining scene.” Mike goes on to explain how being part of the celebration has benefited his business. “It’s a great way to show off the local talent. Every year when we do Local Restaurant Week we bring in more new faces, make new regular customers and new friends. It’s a great opportunity for Seabar to be a part of the community and for diners to see what we do!”

From the vendors to our employees, our whole team works together. I strongly believe being part of the celebration changed the whole direction of our business.”

THE WEEK WHEN ALL OF WESTERN NEW YORK HAS A LOT ON ITS PLATE.

The event isn’t just exploding in popularity with diners. The number of local restaurants taking part has also grown over the years. Starting with just 60 restaurants in 2009, this fall, diners will be able to choose from a menu of more than 200 participating restaurants. It’s an event of gastronomical proportions!

It all adds up to big revenue for local restaurants, employees and other businesses. Because local restaurants tend to support local vendors, farmers and suppliers, the additional money spent by diners during Local Restaurant Week makes a significant impact throughout the area’s food service industry. According to organizers, the two annual Local Restaurant Week events contribute an estimated $8 million to the regional economy.

More information and a complete list of participating restaurants can be found at
www.LocalRestaurantWeek.com.