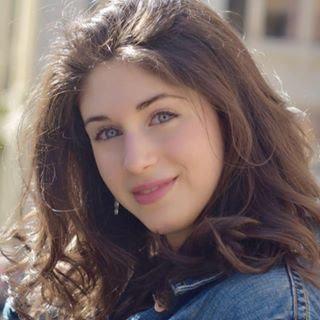 Musician and singer-songwriter Carly Beth is releasing a new single and music video, “Sleepless Lullaby” on Thursday, February 28th – an original, upbeat, ethereal pop-dance track that is the most requested song by her legion of fans.

She began live-streaming herself on a Chinese app called Yingke, capturing from her living room an online audience larger than a football stadium in just three months! Carly Beth peaked with 110,000 viewers at once, becoming the top broadcaster out of millions on the whole app. Perhaps even more remarkable is that the devoted Chinese audience gifted her with thousands of dollars during the livestreams.

After graduating with a BA in Commercial Music Performance from the University of Westminster in London, England, Carly Beth started live-streaming again but this time on Facebook, initially engaging over 710,000 viewers just from her WNY living room. Additionally, a video of her singing and playing the guitar went viral, resulting in over 4.2 million views.

Just from hearing her perform the demo of “Sleepless Lullaby” during her livestreams, fans were already wanting to buy it. Amazed by Carly Beth’s story and online success, Jimmy Bralower – a multiple Grammy award-winning record producer who has worked with top performers such as Carole King, Celine Dion, Madonna and Billy Joel – helped Carly Beth complete the production of “Sleepless Lullaby’s” song track.

Rapidly gaining popularity on social media venues from her music and videos, Carly Beth has gained more than 8 million views and a quarter-million loyal followers. Fans can be a part of her musical journey by subscribing to her YouTube channel, following her on Spotify, Instagram, Facebook, and downloading “Sleepless Lullaby” on February 28th.

A Tribute to the music of Heart with special guests The Fleetwood Mac Experience live at The Rapids Saturday, May 4th
SONG SUFFRAGETTES CELEBRATES 1 YEAR ANNIVERSARY OF “TIME’S UP” WITH “THE STORY BEHIND THE SONG”