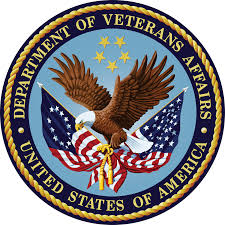 On May 1, 2006 a formal investigation was launched with the Veteran’s Administration Inspector General Office over claims Stolen Valor bloggers had accessed and made use of records to accuse veterans of committing Stolen Valor and making fraudulent disability claims.

Two days later, the investigation is terminated with the Department of Veterans Affairs having “announced they had lost a computer containing personal information on 26.5 million veterans including Social Security numbers.”

The appearance of obstruction of justice is occurring results in speculation and fear federal employees violate civil rights of veterans, as part of a propaganda effort to eliminate VA funding for PTSD and Agent Orange; the announced political goal of President George W. Bush, and his political hatchet man that torpedoed Presidential Candidate Kerry bid for the presidency by fabricating the allegation of stolen valor, B.G. Burkett, author of Stolen Valor. And whom, it is being allege the Feds assisted in compiling evidence for him – identify political targets they desired in his book.

This is consistent with FBI Director Mark Felp conviction in his directing FBI agents to violate civil rights of people under orders of then Attorney General Mitchell and President, Richard Nixon.

The USDOJ leadership was aware FBI Agent John Connolly’s obstruction of justice when he shielded the Irish-American organized crime boss of the Winter Hill Gang in Boston, Massachusetts, James Joseph “Whitey” Bulger Jr. Looking the other way when it best serve the political goals of the Presidential administration and FBI.

Stolen Valor Vultures, like John Lilyea, allege they enjoy a similar arrangement as some kind of seal of approval, that what they are doing is akin to performing Black Bag jobs for them — planting incriminating evidence in the form of misinformation in the furtherance of Pentagon’s focusing on social media and online perception of its image, recruitment put in jeopardy with PTSD and Agent Orange disorders on the public’s mind.

Fanciful storytelling or is there more to it?

The practice of “black bag jobs” historically began with the FBI from 1942 until declared unconstitutional by United States Supreme Court on 19 June 1972, in the Plamondo case, United States vs. United States District Court 407 U.S. 297.

Nonetheless, the FBI still carries out numerous “black bag” operations where the covert target of the investigation is not informed that the search took place. If the investigation involves a criminal matter a judicial warrant is required and in national security cases the operation must be approved by the FISA Court.

Intelligence and law enforcement agencies have a long history of circumventing this law and policy through the use of “assets,” human resources that are “turned” and work on the behalf of “handlers”.  The employing of “off the books” non-attributable former military, contractor or intelligence personal is more commonly referred to as “cut outs.”

Assets and cut outs are in theory are both non-attributable.

But in practical matters both categories serve as proxy agents furthering the hidden agenda of the intelligence, military, law enforcement, and even a political party, like in the recent revelations surrounding the Democratic National Committee.

Whereas, Christopher Steele, a former head of the Russia Desk for British intelligence (MI6) is the hired “cut out” who manufactured The Trump–Russia dossier in The Deep State frame and derailment of President Trump by members of the Department of Justice and Intelligence Community, that perpetrated a fraud in FISA Courts and attempted to derail the election process from the highest level of office.

Thus, one cannot trust the Intelligence community – even when they say they are lying – they are probably lying.

There are those who speculate evidence of the USDOJ running interference, obstructing, makes itself known to how it looks the other way to the terrorist threats attributed to Stolen Valor Vultures, like Don Shipley and his wife.

Both post a video of them wielding a sniper rifle as they engage in ambushing alleged people who commit Stolen Valor. This is circulated to induce fear in anyone who may act to defend themselves from their allegations or dare to confront them in any manner they confront others – ambush the Shipley’s with video cameras.

Licensed Private Investigator, Sam McCloud, made it publicly known that his wife received a domestic terrorist threat to deter him from continuing to investigate the Schantag POWnetwork group associated with Shipley and his wife.

Likewise, US Navy Veteran David Bernath was made a recipient of terrorist threats with him filing a lawsuit in response to the defamation of him.

The discovery process yielded the alias bloggers cyber bullying him were Directors of the National American Legion, named Directors of the POW Network, and Swift Boat politicos/hatchet men — so relates, Dallas Whittgenfeld, in a series of online postings and in personal messages, asking me to investigate and write about my findings.

And yet, the Wittgenfeld is targeted by Stolen Valor Vultures, making him out to be a fraud to extort money from him, as apparently done to Bernath, according to him.

The following is very disturbing if indeed these people are proxy agents of the government, Whittgenfeld stating:

“Daniel Bernath, was threatened by Donald W. Shipley before he and his wife Carol Diane Shipley traveled a thousand miles and turned up on Bernath’s front lawn in Ft. Myers, Florida with their YouTube video cams and the local NBC television affiliate. Shipley and two other Internet valor vigilantes were boasting openly they’d take him down and ‘turn Bernath into a lawn dart.’ After the Shipleys stalked the Bernath neighborhood for three days, the elderly Vietnam War Veteran started taking the threats serious and went to his open hangar at Page Airport where he see his airplane damaged and hired a certified Federal Aviation Administration inspector/mechanic who found, indeed, the sport aircraft was seriously vandalized damaged and no longer airworthy. The engine power plant was also inspected and discovered fuel contamination, thereafter, local law enforcement and airport security were called in and police incident reports filed. At this point Bernath filed lawsuits against the sabotage alleged conspirators in the Lee County courthouse. Meanwhile, everyone seen several Shipley produced Youtube videos where Shipley admitted he, quote: (was going do something that his followers might not like; but must shut Bernath down) end quote. The videos were very apparent that bloviating Shipley wanted everyone to know he would make good on his threats while finding a way of keeping himself out of jail. US Navy SEALs are well known for their tenacity and motto, (two is one; one is none).” After the A & P mechanic repaired the engine and control surfaces the Shipleys trumped-up charges and had Bernath thrown in jail in Virginia and the aircraft was again apparently sabotaged, fuel contaminated, in the hangar on Page airport. When Bernath returned to Florida from incarceration in Virginia he went flying Monday morning and 15 minutes later he and his sabotaged airplane were smashed into a thousand pieces.”

One may now with good reason accept the past boasts made by Stolen Valor Vultures as being absolutely, true — that Federal Agents work in tandem with them, put them above the law, possibly, including pulling off a murder.