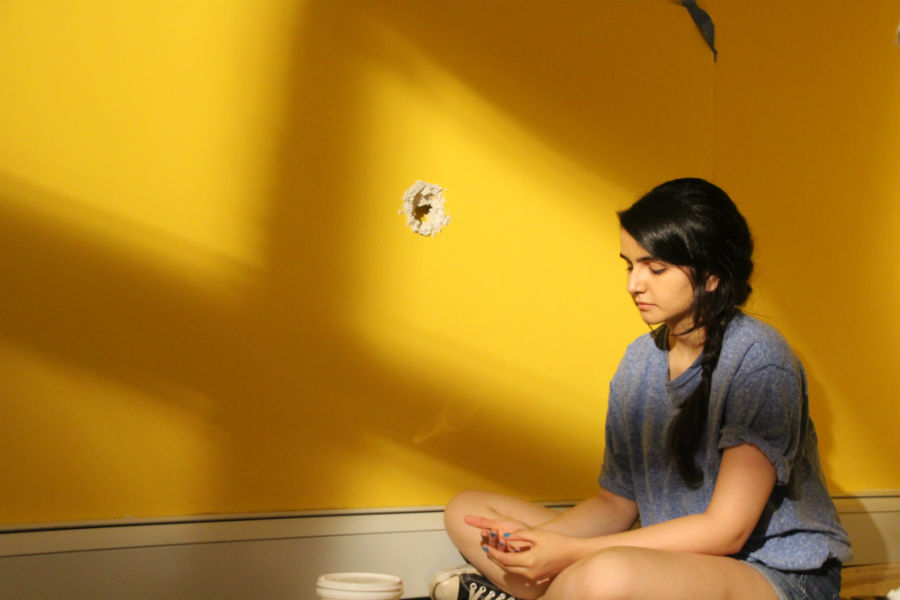 Putting it All Together

Have you noticed that, for as often as actors are interviewed about their latest movie, they rarely discuss acting?

Maybe we can blame this little irony on celebrity culture as a whole. Viewers are often more interested in hearing about whether the leads had a fling during the shoot, rather than how long it took to prepare for the part.

It’s not an issue, per se. In fact, it can be a lot of fun to hear celebrity gossip straight from the horse’s mouth.

But of course, there’s much greater value in talking to talented performers about how they achieve onscreen magic again and again.

We may want to believe that there’s some kind of magic involved, or some innate talent that can’t be accounted for, but in reality, acting is a craft. It needs to be practiced for years before impressive performances come about, and even then it’s not a guarantee.

In a way, creating a character is like cooking. There are many different ingredients that get added to the pot. The script is a major ingredient, but so is the actor’s personal experiences, their own emotional history.

Then there are the on-set ingredients: the lighting, everyone’s mood, suggestions from the director, and even whether the lead had a cup of coffee that morning.

In other words, there’s a lot to talk about with regards to acting, and certainly a lot to be learned.

This is precisely why we reached out to actress Leah Khambata.

Leah Khambata: A Paragon of Performance

Khambata was born in Mumbai, India. Contemporary blockbusters like the record-breaking Titanic entranced her at a young age, inspiring a lifelong love of movies and performance.

Khambata has since dedicated herself to the study of acting and over the last several years has appeared in two television pilots and a number of short films. She even wrote, produced, and starred in her own short film, entitled (t)here, which explored family tragedy, leaving home, and traversing cultural boundaries.

In the course of our discussion, Khambata proved to be the perfect person to comment on how different elements of one’s own life (and the world at large) can affect each performance, for better or worse.

Despite the fact that many people continue to argue about the subject, no one art form is inherently superior to another.

There have been a number of high-profile conversations about the advantages and disadvantages of theater vs. film and vice versa.

While one isn’t necessarily more compelling than the other, each medium still has a number of challenges and benefits.

As a performer, Khambata noted that it’s easier to grasp emotional weight when performing on stage, thanks mostly to the fact that the story itself follows a linear trajectory.

Films, on the other hand, are rarely shot in sequence, making for a number of emotional hurdles for the actors.

“In theater, you get to experience the emotional buildup of your character in real time because it’s chronological. However, in film, you could be shooting the last scene of the film first and the first scene last, so it requires you to quickly be able to get into those headspaces on your own.”

Like many other aspects of performing, this kind of emotional versatility can be learned over time, but theater does arguably allow for more naturalistic performances.

But theatrical productions actually call for a completely different style of acting as well. Because performances are all one-offs, the immediate needs of the venue and the audience dictate the finer points of an actor’s techniques.

Specifically, it’s common for theater actors to be more outwardly dramatic with their expressions and actions.

“Theater performances tend to be a bit more exaggerated because there’s no camera to capture your close up and catch a subtle facial gesture. On the filmmaking side, this kind of heightened action and expression doesn’t really work, as it can seem unrealistic.”

This is another reason Khambata has continued to appear in both film and live theater: there are nuances in each, which can only be truly appreciated by experiencing these mediums firsthand.

Improvisation: Not Just for Comedy

There are many other ways to broaden one’s perspective as a performer, and for many young performers, improvisational comedy has become a popular avenue.

At first, this may seem like a strange choice. Improv comedy automatically brings forth thoughts of basement improv shows and the long-defunct Whose Line Is It Anyway. 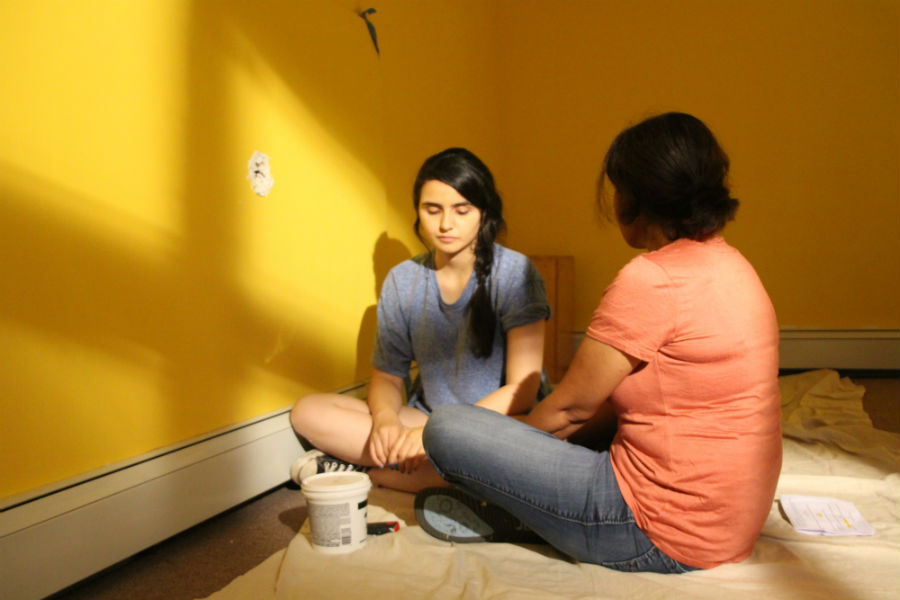 But what many first-time improv students learn very quickly is that the art of improvisation isn’t really about finding ways to be funny. That can certainly be a component, but the true purpose of improv is to teach performers to live and act, at the moment, responding to other performers and other environmental factors in real-time.

Khambata explained the way in which her experience with the legendary improv group UCB (Upright Citizens Brigade) has shaped her understanding of dramatic performance.

“It gets you more in tune with your gut reactions and I think this self-awareness is vital to both comedy and drama. Improv comedy isn’t usually associated with drama, but I would highly recommend that all actors experience it, regardless of their genre.”

In major American cities such as Los Angeles, Chicago, and New York, it’s fairly easy to find renowned improv classes, but even in smaller cities and towns around the country, improv is becoming a popular choice for comic actors and more ‘serious’ performers alike.

Technicality at its Best

Another area where Khambata has gone out of her way to broaden her perspective and gain a better understanding of filmmaking as a whole is within the realm of technical ability.

Crew members need to know exactly what they’re doing at all times, and if they don’t, audiences will be able to tell straight away.

Unfortunately, there are plenty of performers who don’t see the need to study these technical aspects, happy to leave these tasks to the crew.

There’s nothing inherently wrong with this approach, but Khambata and many other skilled actors have found this technical knowledge to be invaluable during a shoot.

“I’m so grateful to have studied filmmaking. It’s made me so much more aware as an actor. It’s also made me appreciate the medium so much more and the sheer amount of work that goes into getting even just 5 seconds of footage.”

Actors with a real understanding of the work being done by crew members can also contribute to a positive work environment, one where everyone is pulling in the same direction, each person just as important as the next.

Actors can, and often do, spend weeks, months, or even years preparing for a single role. But despite the most in-depth preparation imaginable, everything comes down to that moment of truth, when the cameras start rolling and the actor has to be able to access the emotion of the scene.

To the layman, this challenge is typically understood by way of a common example where an actor needs to cry onscreen, on-demand.

Even more difficult may be the need to convey several different, more subtle emotions over the course of a few minutes.

Why this rapid-fire pivoting? Well, imitating genuine emotional reactions is difficult, and real people tend to feel more than one emotion at once.

When having a conversation with a friend, for example, chances are you don’t only feel happy, but also maybe annoyed by a certain statement, a bit sad they didn’t mention one of your recent achievements, and a few seconds later even angry that they seem to be hiding something. 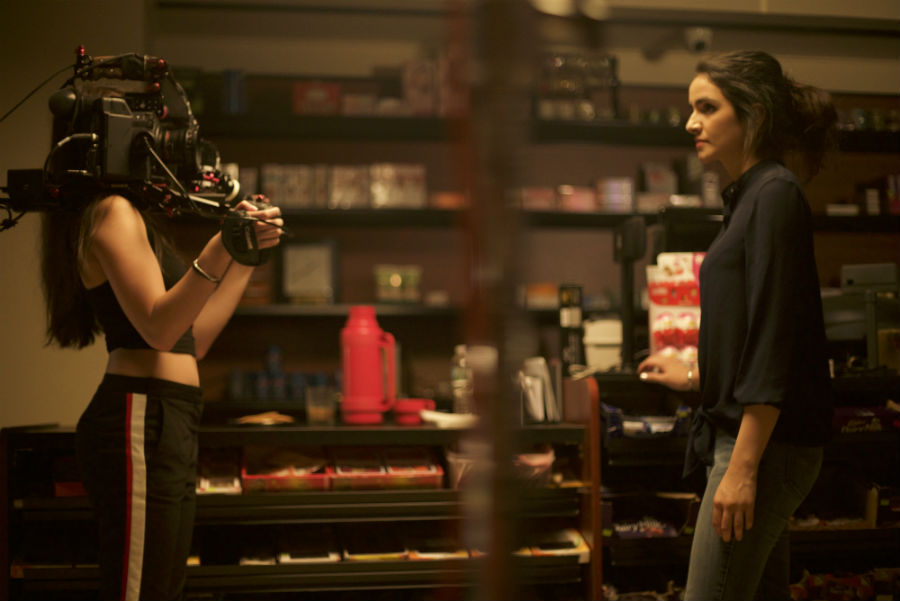 It’s a lot to cram into a single performance. So how do actors achieve all this on the spot? In short, there are near-limitless ways to pull off a convincing performance, and most everyone has their own techniques.

Khambata pulls from multiple sources to create a believable tone, both accessing emotional moments from her past as well as immersing herself in the world of the story.

“I sometimes draw on my personal past experiences to bring forth emotions in a scene, but I much prefer to rely on operating within the given circumstances and the world of my character. I’ve always had a vivid sense of imagination so I try to imagine my character’s backstory and react in accordance with that.”

In fact, we could safely say that imagination can be a powerful tool for just about everyone on the set, from the director to background extras and even lighting technicians.

When movies are being made, they look little to nothing like the polished feature films they will eventually become. Everyone in the cast and crew has to do their best to picture the end result and work toward that image with determination, confidence, and passion.