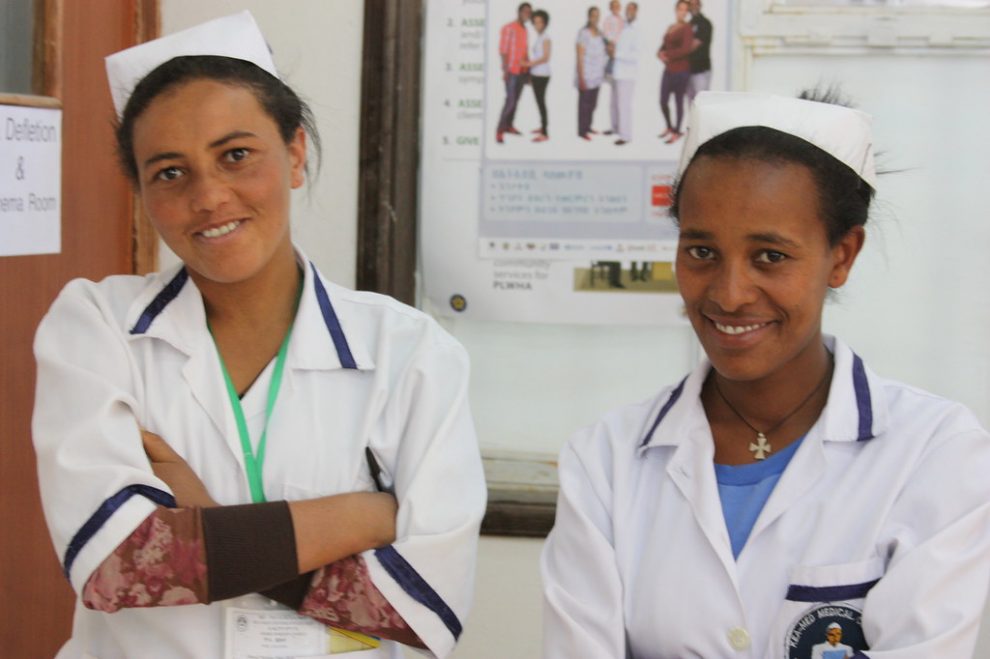 The US is currently suffering from one of its worst nurse shortages in history, and it’s likely to be even more severe over the next 10 years. As a matter of fact, it is estimated that US healthcare institutions will be short by over 1.2 million nurses by 2020 and by as much as 3.6 million by the year 2030. And that’s despite over 400,000 new nurses entering the workforce from 2005 to 2010. Demographic pressure due to the aging population and workforce is partly to blame, but a variety of other factors are contributing to this shortage. Let’s take a closer look at which states are the most affected, the reasons behind the shortages, and the possible solutions to it.

States Most Affected by the Shortages

States with large rural populations and states with larger populations, in general, tend to be the most affected, but that’s not the case for all states. The state that’s suffering from the biggest shortage is California, and it’s a problem that has been plaguing the state for many years now.

California is projected to have a 44,500 nurse deficit by the year 2030. One of the areas that is seeing the highest demand is geriatric nursing. This shouldn’t come as a surprise, as the Golden State is the destination of choice for many Baby Boomer retirees. The state has launched the CNEI nurse education initiative to boost enrollment, which has had some results, but still more needs to be done to address the state’s needs. Not to mention that its plan for universal healthcare could have to be put on ice before the issue is addressed.

Texas comes next with an expected 15,900 deficit by 2030. In the case of Texas, the main issue seems to be the lack of faculty in the state. While many initiatives have been put in place to fix that, there also seems to be a lack of teachers, as many nurses would rather continue practicing than turn to teaching.

Other states with major looming shortages include New Jersey, South Carolina, and Alaska. The situation is particularly alarming in Alaska, as they will be experiencing the largest shortage by percentage at 22%. 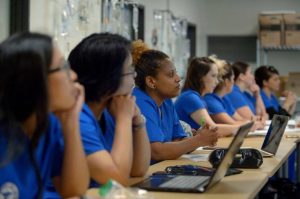 In the midst of all this, nursing schools are turning back students by record numbers, which is only making matters worse. In 2017 alone, over 55,000 applicants were turned away. But it wasn’t because they couldn’t meet the requirements, but because faculties simply did not have the staff to teach them.

One glimmer of hope, however, could be the advent of e-learning. Students can now attend accredited online nursing schools which will give them the foundation needed to fill teaching positions and specialized skill positions that are in dire need. They also offer a great opportunity for active nurses to seek advancement while maintaining their current jobs.

Still, more will have to be done to address the teacher shortage issue. Some of the students who were turned down had GPAs as high as 3.5 or more. Sadly, the high competition combined with the lack of teaching means that there won’t be a massive increase in openings anytime soon, until serious action is taken.

The vacancy rate for teachers at faculties across the nation was at 7% in 2018, which is very high. Even community colleges now have to turn down qualified applicants, including career healthcare professionals. One applicant in particular said that she was turned down by three colleges even after passing admission, even though she’s a certified medical assistant and surgical technician.

Many have proposed that classes should be made bigger to accommodate the issue, but according to observers, that wouldn’t be a viable idea. As a matter of fact, some schools are actually decreasing class sizes out of a concern for safety and to avoid overcrowding clinical settings.

The real issue is the lack of faculty, and the lack of nurses turning to the field. Healthcare facilities are trying their best to retain their nurses, which puts faculties in a catch 22 situation. Not to mention that some concentrations, like obstetrics, mental health, and pediatrics are seeing more faculty shortages than others.

Shortages Are Not Uniform

However, one thing that is important to note that is that shortages will not hit all areas and regions the same. Some regions are seeing more important shortages, while others may actually be experiencing surpluses. For instance, states like Florida are expected to have over 50,000 more nurses than needed by 2030. States like Ohio, Virginia, and New York are also set for surpluses, with 49,100, 22,700, and 18,200 respectively.

Acute care will not be the only sectors affected either. While shortage will be felt at the bedside level in some areas, many states are trying to encourage bedside nurses to consider other positions, such as senior housing and assisted living which are projected to see massive growth over the next few years.

Less patients are being treated in hospitals too, as reimbursement is gradually moving away from it. Stays are getting shorter as well, however, these patients still have complex needs that need to be met.

Places like retirement communities, for instance, are in high need of BSN nurses who will be able to treat patients autonomously without a physician present or an NP to write orders. These are some of the areas that are in most need for nurses at the moment. Not to mention that many students don’t come into the profession with these positions in mind, and tend to favor areas that aren’t feeling as much of a crunch, such as pediatric intensive care for instance. More will have to be done to raise attention to the most pressing needs and show the benefits these other positions have to offer.

While certain specialties are seeing huge shortages, the stats don’t exactly tell the full story. Let’s take behavioral health providers for instance. While there might be a high demand for these, they don’t really show in many statistics since NPs with a behavioral health certification are often lumped together with other NPs.

Other areas of concern include drug abuse treatment, largely fueled by the current opioid crisis, and psychiatric help, where NPs are playing a huge role. When we look at large groups by discipline, things start to look different when nurse specializations are separated from the group.

The diversity in patients is not necessarily reflected in the workforce, which is also becoming an issue. Patients now have a wider set of needs, and nurses now have to cope with a variety of religious or cultural norms. Faculties are also trying to diversify their students, and their teaching staff as well. Healthcare facilities and faculties are trying to attract people of all sexes into the fold to.

What is the Solution?

Most observers agree that a solution must start at the faculty level. More has to be done to allow aspiring students who are eager to fill the ranks to do so. And this starts with more educators.

Many states have started initiatives to incentivize future nurse faculty to do so. Some states, for instance, are offering loan forgiveness or fellowships to students who pledge to work as teachers within the state after graduation. These could have a direct impact on the number of educators, and help alleviate some of the shortages that faculties are dealing with.

Another area that should be considered is the morale of the current workforce. Shortages are one issue, but high turnover and burnouts are another. Sadly, shortages are only making matters worse. Healthcare facilities will need to work on making environments less stressful for nurses. Some might have to review their internal productivity policies, try to use medical assistants better and give them more responsibility without compromising safety, and using technology in order to improve productivity.

Employers can go a step further by offering things like better compensation packages, student loan reimbursement, paid training opportunities, and giving nurses a better chance for advancement. This will not only contribute to the nurses’ wellbeing, but it will also benefit their bottom line.

Training and recruitment costs a lot of money, not to mention that constant turnover means less experienced staff on the floor. This translates to less productivity, and more chances for accidents. But improving conditions will also help paint a better picture of the profession, which will also benefit recruitment and the industry as a whole.

While the shortage of nurses is critical, it also provides a prime opportunity for new students to fill the gap, and active nurses to explore other options and see where they can fill needs. State governments, faculties, and facilities will have to work together to attract more students, increase funding in education, and make positions more attractive.