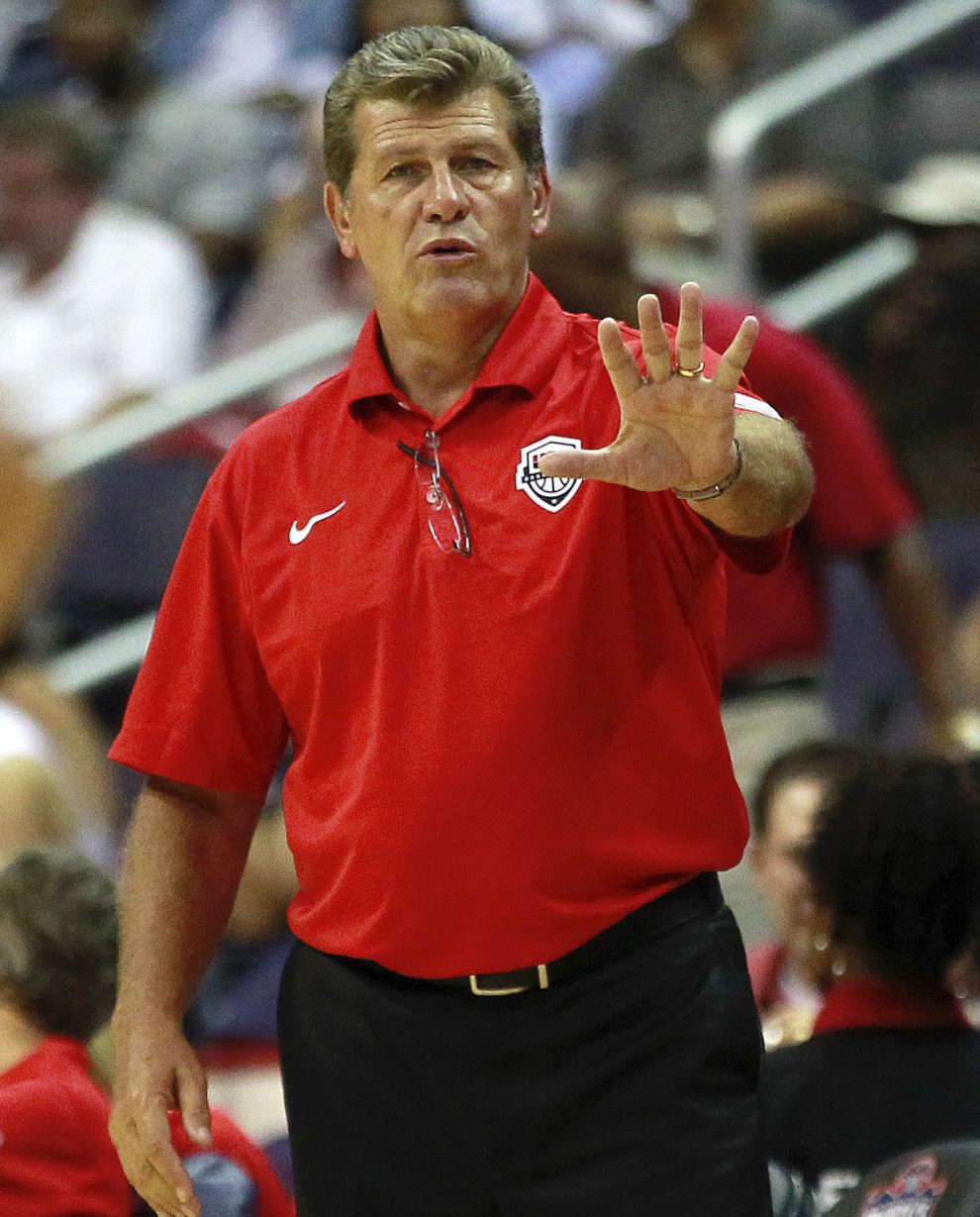 The dream of coaching women’s college basketball was never even a remote thought in 1961 for Geno Auriemma, age seven, confused, and journeying to a multiethnic, changing America from the town of Montella, located in southern Italy, in the Campania region.

Geno’s humble life, as he knew it then, originated from the poor beginnings of a backward, little Italian town (where he was born and raised) where piped-in, gas heat and running water were considered to be luxurious living items; the progressive impetus of a new, American daily life would radically and forever change this naive Italian kid, his parents, and his younger brother and sister.

“I arrive in Norristown, Pennsylvania, not being able to speak English. I don’t know the customs. I don’t dress the right way. I feel out of place, so I’m constantly self-conscious and unsure of myself,” vividly remembers and writes Auriema in his book, “Geno: In Pursuit of Perfection.”

From birth on, Auriemma was a natural leader, in pursuit of perfection, and this mantra was firmly ingrained in his physical being and in his DNA. When his family immigrated to the United States from Italy in 1961, it was not uncommon for this seven year-old, Geno, to help his parents, Donato and Marciella, interpret, negotiate, and often remedy English language issues.

Astoundingly forward-thinking for a child, he voluntarily rose up to the challenge of being the unconventional and relentlessly assisting, assuring, assuming kid. Auriemma did so by interpreting tax statements, making mortgage payments, and communicating parents’ concerns to lawyers.

He was the oldest son and much was expected; he instinctively guided and taught his younger brother, Ferrucci, and younger sister, Anna, the new language and the American ways.

“At this point, I’m talking to my parents strictly in English. It is hard for them, but necessary for me. I know they need to understand English. They also need to speak Italian to me, to make sure I never forget Italian,” writes Auriemma about those early years in Norristown.

Those were important, cross-cultural communication lessons that happened out-of-life’s necessity, simultaneously, in both native Italian and English: new learning and linguistic adaptation in its purest, pluralistic format.

“I lived a different life than most fourteen- and fifteen-year-old kids my age. I am on my own with a lot of responsibility. Don’t get me wrong, I never felt unsafe or unloved, just not that connected,” writes Auriemma. His family was safe haven and cultural security for Auriemma.

For Auremmia, soccer was his first love, coming from Italy, but he soon became very interested in baseball, as his first sport, and he did well. In his sophomore year, however, he learned to appreciate the game of basketball imparted to him, by then Coach Buddy Gardler, at Bishop Kenrick High School.

Auriemma remained ‘old school’ in pedagogy, tough and gritty, in his approach to coaching; he adopted and molded his style to that of Coach Gardler: demanding, fair, and unassuming. “I was fortunate enough to do what I love to do – and that is to teach and coach,” writes Auriemma.

“I am a hard-ass,” admits Auriemma. He pushes his players hard, emphasizing, “I demand sometimes more than they can give. But I don’t know what that is until I find out what they can’t give.”

Importantly, it’s incumbent on a coach to obtain a baseline on performance, an assessment, using the collected data and observations to understand what players can and cannot do. That is informed, insightful coaching for any sport.

“I push them, prod them, challenge them, and take them to the brink. I don’t want them ever to land face first in a hot bed of coals. Believe me. It hurts,” writes Auriemma.

“He’s the guy everyone loves until he gives it to you straight, and then you hate him for it. But underneath the anger, you know what he’s saying is true,” writes his former All-American and now professional, 10-time, all-star player Diana Taurasi. “He forced me to be somebody special, and I will always be grateful.”

Candid and honest, it describes Auriemma, but they are just labels. Auriemma transcends all of that – he continues to contribute and transform women’s basketball into what it is today.

Before Auriemma arrived at the University of Connecticut (UConn), the women’s basketball program had only one winning season in its history. Amazingly, since his arrival in 1985, the Huskies have had only one losing – his very first year with the team.

Auriemma was the head coach of the United States women national basketball teams from 2009 through 2016, during which time his team won the 2010 and 2014 World Championships; he garnered gold medals at the 2012 and 2016 Summer Olympics, going undefeated in all four tournaments.

“We have won 11 national championships, and we’ve never taken any of them for granted. Every one of those championships is special,” emphasizes Auriemma.