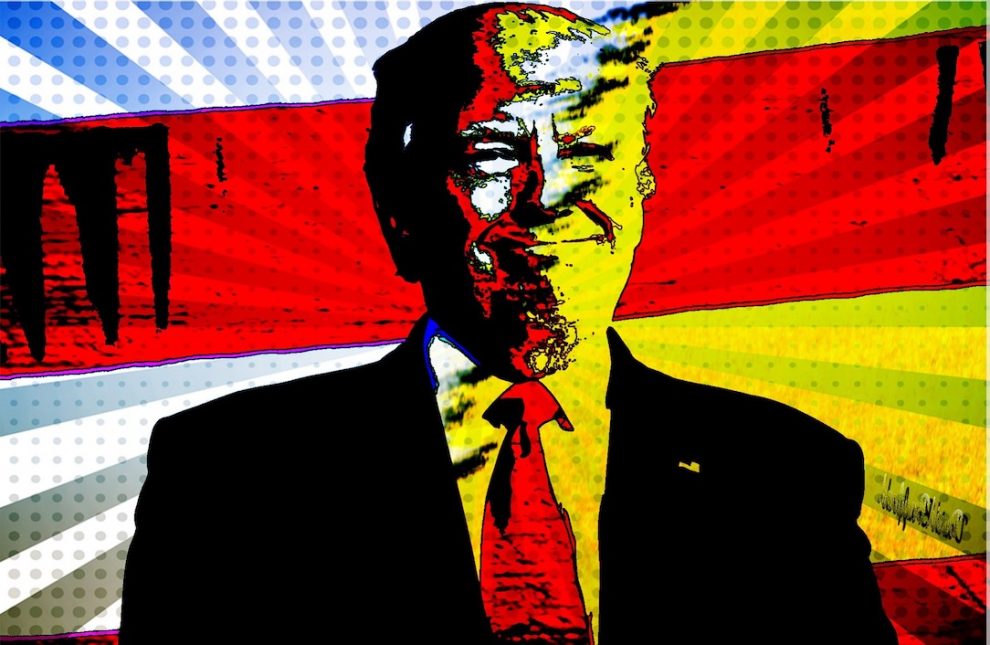 US has more Covid-19 infections than any country in the world.

In late December of last year, the Chinese announced an epidemic in Wuhan. The autocratic Chinese government should have made that outbreak known at least three weeks earlier. [Trump eliminated a Center for Disease Control position embedded in China last July, four months before Covid-19. Dr. Linda Quick had been deployed by the CDC train Chinese field epidemiologists and to track and investigate outbreaks in China. Had she been there she could have informed the U.S. of the situation. Her absence allowed China to withhold the information for weeks.]

Over here, the increasingly autocratic Trump dithered, misunderstood, failed to act, dismissed the threat as nothing, and let coronavirus win. This poor excuse for an official finally lets us know on March 31 that we can expect more than 100,000 American deaths, yet he fails to model basic preventives such as physical distancing and wearing face masks while in the company of others, endlessly and idiotically stressing that all this is “optional.”

An abbreviated timeline with Trump’s claims:

Jan. 22: “We have it totally under control. It’s one person coming in from China” Trump said in Davos, Switzerland

Feb. 2: On Fox News: “We pretty much shut it down coming in from China. It’s going to be fine.”

Feb. 25: Trump while visiting India: “I think that’s a problem that’s going to go away. They have studied it. They know very much. In fact, we’re very close to a vaccine.”

Feb. 27: During a Black History month reception at White House Trump said: “One day it’s like a miracle, it will disappear.”

Feb. 28: At a campaign rally Trump called the pandemic: the latest “hoax” by the democrats.

March 4: Trump on Fox again: “If we have thousands of people that get better just by, you know, sitting around and even going to work – some of them go to work, but they get better.”

March 8: Tweet: “We have a perfectly coordinated and fine tuned plan at the White House for our attack on Coronavirus…”

Trump was lying while people were dying. But he created this problem well in advance.

On May 10, 2018,  Stephen Schwartz, Bulletin of the Atomic Scientists Senior Fellow,  responding to the Trump administration decision to disbanded the National Security Council’s pandemic response team, Tweeted, “When the next pandemic occurs (and make no mistake, it will) and the federal government is unable to respond in a coordinated and effective fashion to protect the lives of US citizens and others, this decision by John Bolton and Donald Trump will be why.”

By contrast we can review a different outbreak. Ebola.

December 2013: 18-month-old boy in a small village in Guinea is infected by bats. Nearly 30,000 would die from the subsequent outbreak.

When President Obama responded to the Ebola pandemic he sent experts to West Africa months before a case reached US soil and also before the WHO labelled Ebola an international threat. The response was proactive and robust; it contained the spread enough to basically keep it from the US.

Of course, during the preventive and responsive Obama administration successful defeat of Ebola’s threat to the US, Trump was busy tweeting his usual ignorant and insulting anti-Obama offal. He called Obama “stupid” and with his signature nastiness, tweeted that the American health worker who had become infected while helping with the CDC team should not be brought home for treatment but should “suffer the consequences.”

By stark and tragic contrast, six years later Trump was in power and we see the predictable catastrophic outcomes. He never sent experts to China; he actually removed Dr. Linda Quick, the CDC health advisor who was in China in July 2019, thus eliminating the expert who worked closely with Chinese public health officials, which slowed the US response by weeks. After dismissing the COVID-19 threat and predicting it would magically disappear, he finally instituted a travel ban. The horse was long gone and he claims great credit for finally shutting the barn door.

Criminally malignant intent or incomprehensibly hateful ignorance? You decide. Those are our logical assessment options. We now have 435,289 cases and 14,818 deaths with no end in sight.

Click here to post a comment
China Is Lying About Coronavirus Stats or They Created a Weaponized Virus
Progress of Courts Ruling on Cases Brought Against Trump Are Halted Because of Pandemic, Probably Till After the Election