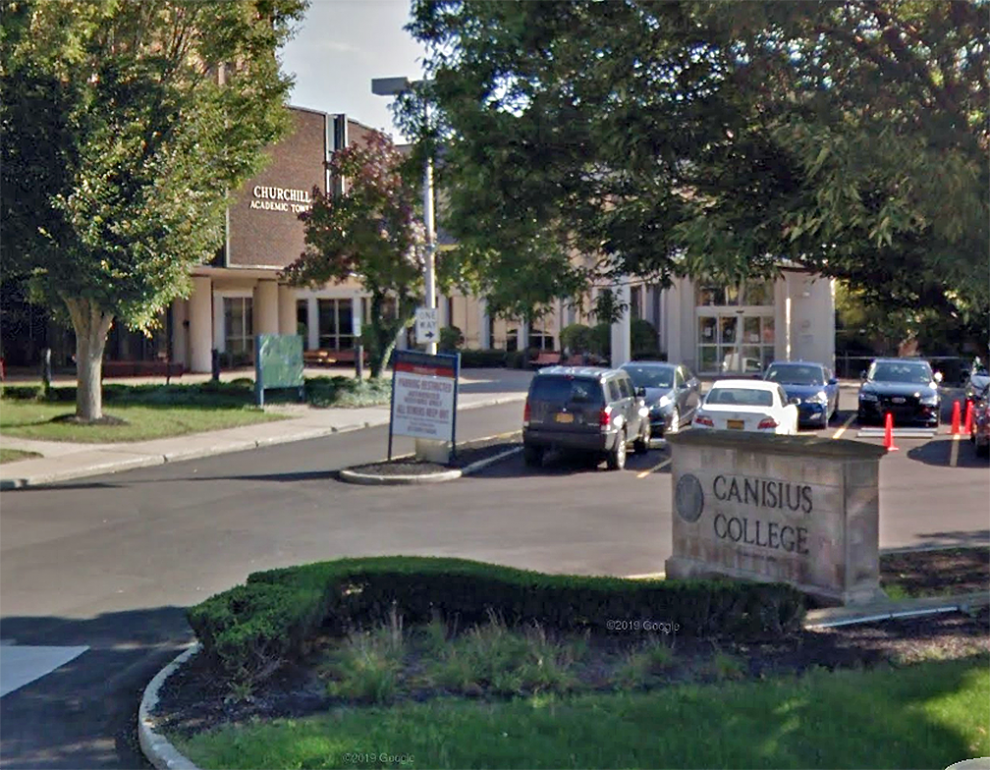 An Open Letter to the Canisius College Administration,

You have only added fuel to the burning of academia.

As you may realize, this is about the unethical laying off of faculty at Canisius College – specifically, professors in the humanities. In the past week, the administration has laid off approximately 25 professors and 70 staff members. The professors laid off include, but are not limited to, those from the Classics, History, Religious Studies/Theology, Philosophy, English, and the Fine Arts Departments. Within that, the Classics Department and Fine Arts Department were gutted completely, and the Religious Studies/Theology major, one that did not cost additional funding, was decimated. Mostly women and people of color are those who are being laid off.

These decisions were made almost solely by the College President, members of the administration, and the Board of Trustees. Tell us, why do you view our departments as expendable when we have founded society’s morals, beliefs, and visions?

We have long contemplated writing something of this nature but hoped the culture would eventually change for the better. However, after this newest affront, we finally realized that you taught us to be “for and with others,” justice, and ethics (values to which you could not even hold your own word). We were morally obligated to speak up. These professors have not only fostered a strong academic environment, but have opened their hearts and souls to students. If you cannot do your best to stand up for them, then we will. The same professors who have promoted productive conversation and have pushed us to become better people, both in and out of the classroom, have suffered the consequences of an educational institution that does not put them before administrators.

The following history lesson reflects the understanding instilled in us and our peers by the Classics, Religious Studies, and History programs: Jesuit education and prestige were once rooted in the humanities, that is, in language, diplomacy, and history. Jesuits traveled to the edges of the known world in the service of these disciplines. While the historical Jesuits sought to better themselves and the world through their commitment to the humanities, the current administration has repeatedly failed this sphere of education in the form of budget cuts and a critical lack of support. Canisius College’s cura personalis now seems to deal more with what is easy than what is honest. In taking this path, you also fail the school’s model Jesuit Peter Canisius – himself a theologian – and every Jesuit who preceded him.

STEM is a vital part of the modern collegiate landscape, but to abandon the humanities is a slippery slope that will injure Canisius’ prestige within both the city of Buffalo and the community of Jesuit colleges. What will distinguish Canisius from any technical institute if this continues? Jesuit education once meant greatness, magis. Without balance, without a whole person to care for, these words will ring hollow for students of any field. Furthermore, the severance of faculty in this time of great uncertainty is disgraceful. These individuals and their colleagues are Canisius’ lifeblood, evident in the success of every student whose passion they have nurtured.

As academia weeps, you watch with lined pockets. We dare ask why the College received federal compensation while charging students who had nowhere else to go during COVID-19 and still managed to come up short-handed? Was it from the years of hiring more administrators? Clearly, they have failed the college if they cannot help us. A qualitative education should promote a relationship between educators and administrators. Instead, we witness a top-down hierarchy from a bloated administration. You think the solution is hiring more administrators and expecting a different outcome, alas we repeatedly witness new positions appear year after year.

If you want to tell us that we have “dwindling numbers,” then do we dare ask why the President’s salary was $341,777 in 2015 and increased to $408,657 in 2018. What do the wages of other administrators look like? What are we paying the new administrators that are seemingly ineffective? Is it better to pay a high salary to paper-pushers than that of a few professors, who work directly with students?

“Other departments such as history and philosophy who did not have their majors eliminated were called into meetings and asked to choose among themselves which tenured faculty would be removed,” said one professor who asked to remain anonymous. “[It was] Russian Roulette or Survivor like. The mental cruelty is really jarring and abusive. As this is apparently for financial reasons one might ask, number of majors aside, how eliminating professors who mainly teach in the Core to fuller and fuller classes each year and are on the lower end of the salary scale (Humanities prof make far less than other categories of professor at the College) can possibly save money?”

For example, several Classics courses, which taught a large part of the Canisius core, could enroll up to 30 students. In many cases, the professors would receive requests from students to join in the already full class, which they gladly accepted each and every time. Approximately 60% of Classics courses offered in the past five years have met or exceeded maximum student capacity. The College must revise its mandated core curriculum to fit their cuts.

There are other topics to discuss. But right now, we demand that you bring justice to the professors you have cruelly neglected and tossed aside. Put professors before administrators. In the words of St. Peter Canisius, “With words like these, we don’t cure patients, we make them incurable.”

If you are interested in signing the letter, please use this Google Form: https://docs.google.com/forms/d/e/1FAIpQLScmMsnQR5HnYiu1w7VnbrbKC9TrLR3QExjqL_HeTMD8zpeFvg/viewform?usp=sf_link

Victoria Zarate ‘23- “I am very disgusted at the firing of these professors, especially mainly women and people of color. My entire first year at Canisius every single one of my professors were white men, showing the lack of diversity in educators and now an even further lack of diversity. Absolutely disgusting, abhorrent and completely against all of the values we have been taught at Canisius.”