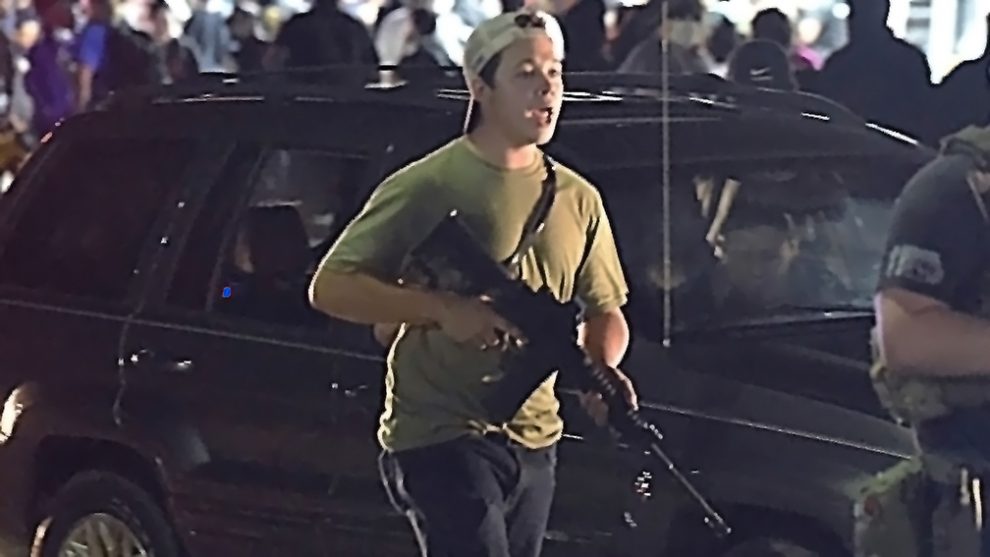 From the Washington Post: Two people were killed and one was seriously wounded by gunfire Aug. 25 at a protest in Kenosha, Wis., over the police shooting of Jacob Blake Jr. Videos reveal the movements of the suspected shooter, Kyle Rittenhouse, including his interactions with law enforcement. The video shows police offer Rittenhouse water shortly before the shooting and they thank him for being there.

In the video Rittenhouse is also seen on his phone after the murders telling a friend he just killed somebody and then fleeing the scene.  A crowd follows him and the video shows Rittenhouse open fire on the crowd with after he’s knocked to the ground and then calmly walks toward police vehicles with his hands raised in surrender. However, no officers get out of the vehicles to apprehend Rittenhouse and instead continue advancing toward protesters. Rittenhouse then fled the state and was considered a fugitive. He was arrested later Wednesday back in his hometown and charged with first-degree murder.