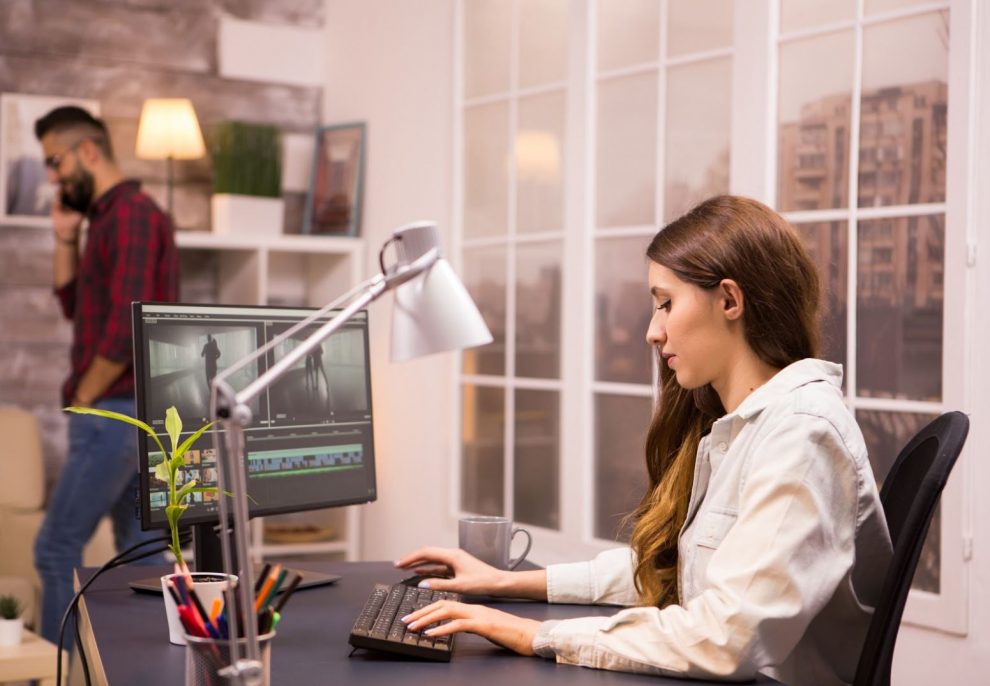 Since the very beginning of filmmaking, music has always played the most important role. Silent films started cinema, and the music was always there to drive the story forward and bring it to life on screen. Music creates the atmosphere and brings you into the plot, helping you to feel and experience things just like the characters within.

As a filmmaker, it is important to understand the role that music has in films. There are many reasons why you need to carefully consider how and why to include a musical score and specific songs within your movies.

The Music Sets The Scene

Probably the more arguable benefit of music within a film is setting the scene. Before you even see a character, in the rolling of the credits prior to the film’s title card, you will hear music that alludes to what is coming, known as the underscore, or the music playing in the background.  Foreshadowing – how in books you learn that the writer will present situations or experiences that you know are going to mean something later on – this is how a good filmmaker utilizes music.

Try to imagine the scenes without the underscore playing underneath. The scenes will feel empty and void of feelings, the character expressions might also fall flat without the guidance of the music driving it.

Music aids in shaping emotional responses but since it also creates the rhythm and sets the pace for a scene or segment, it comments on the actions before they’ve even taken place. Think about trying several different types of music within a scene to see which piece of music gives the right effect that you’re going for, or that the movie needs (because it may not be what you originally thought would work best).

The Music Leaves an Emotional Impact

Good music within a film’s score leaves a lasting impact on the audience. Imagine your favorite movie and think about all of the things that make it your favorite film to watch- is the musical score one of those reasons?

Take for example a specific genre of film, such as horror. If you were to turn the volume down so you couldn’t hear the ominous, suspenseful score, it helps to eliminate that feeling of fear, significantly, in fact. This is because the suspense is built by those scary tones underneath the scene, and it helps to build up that emotional response giving you that eerie feeling of being scared (and ready to cover your eyes!).

A great example of the impact of music is the film “The Future is Mine” – a short film that comments on the needs to stop racial inequality. The musical score draws the audience in on many emotions including innocence and empowerment.

The ability that music has to connect emotionally with those watching is a transcending type of experience. As a filmmaker, it helps to reinforce your story and validify your own feelings about the type of impact that you’d hope it would make. The music should connect to what is happening on camera and relate to the situation in a way that brings about a well-rounded tone, tying everything together.

The Music Drives The Story

Have you ever noticed when watching a movie how much more prevalent the music is during a big, important scene? Obviously now you realize that is done completely on purpose. Music has a function, not just for emotional impact but also to drive the story and the action within the film. It becomes part of the experience.

There are innovative ways to use the music during a story, such as trying a different approach where you utilize instruments that you would not think would fit in certain scenes. Think about scenes in movies where you have heard the killers whistling happy tunes as they stalk their intended prey, or you hear a catchy pop song in the background – not a particular scene you would think music like this would fit! But somehow, it still does. It demonstrates a different side of looking at the way music can affect your audience’s reaction and thoughts.

Choosing The Right Music For Your Film

Many filmmakers don’t pick the music for their movies completely on their own. There are many factors and people that play a role in helping to choose the music. Sometimes, musical artists are approached specifically to help bring about the type of sound a filmmaker has in mind. Others turn to awesome music production services that can create and customize music specific to different scenes. This is a great way to obtain original music for licensing that has never been heard before and help filmmakers to find the perfect music.

You could also choose the avenue to create your own music with an online application, but that adds more time and work to your project. Professional licensing services like Marmoset are great for providing lots of musical artists to choose from. Think about how the music tells the message you are going for and how it is going to set the mood and environment.

Choosing music is difficult, but part of being a great filmmaker is keeping an open mind. Don’t shoot down ideas that don’t fit what you think should be conveyed. Instead, try them out and see what happens – you might be surprised. Sometimes filmmakers have found great things in accidents or mistakes that they weren’t expecting.

Another way you can look at choosing music is by breaking down the types of music that are in movies. You can look at songs that were already written (which can be pricey when it comes to royalties but can serve the purpose of being recognized by your audience), songs that are written for specific scenes (this is easier for licensing and can be customized), or the instrumental underscores that are just heard underneath the dialogue. Make sure to set up your scenes to recognize which type of music is necessary throughout, and explore all of your options with each type.

The important thing about choosing the right music is narrowing down and finding the parts of the script or story where the dialogue, expressions, and camera shots aren’t conveying those important thoughts or feelings enough, and inputting the necessary music. Music will always be essential in filmmaking to serve a great purpose.

What Is A Basal Metabolic Rate Scale?
WHAT MAKES A GOOD LOGO?