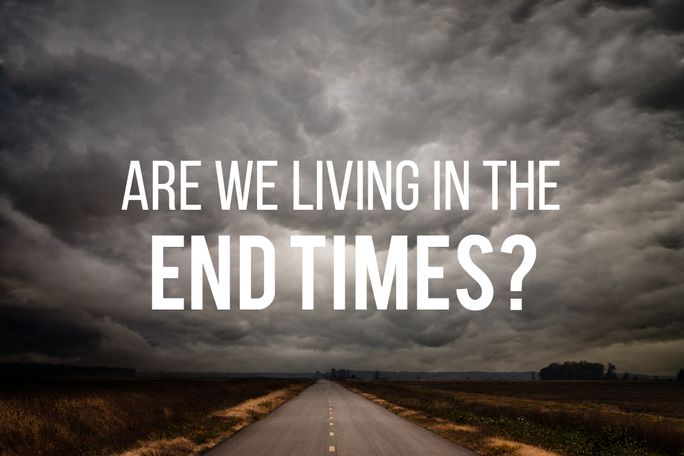 Are we living in the End Times?

“But understand this, that in the last days there will come times of difficulty.  For people will be lovers of self, lovers of money, proud, arrogant, abusive, disobedient to their parents, ungrateful, unholy, heartless, unappeasable, slanderous, without self-control, brutal, not loving good, treacherous, reckless, swollen with conceit, lovers of pleasure rather than lovers of God, having the appearance of godliness, but denying its power.”  2 Timothy 3:1-5

We have heard of the End Times for eons.  Through the bible, conspiracy theorists, theologians, priests, movies etc.

When the End Times are mentioned, the specter is raised of the final battle of Good against Evil, Darkness against Light, The Spirit against the Material or the enslavers of the soul.

If you were on the side of God, your enemy would be Satan.

If you were Satan, your strongest enemy would be God or the disciples of God.

Who are the disciples of God?

THE CHURCHES. THE PRIESTS. THEIR CONGREGATIONS.

Would it not stand to reason then, that the perpetrators of the Last Battle would relish the idea of silencing their enemy for good?

Is it too far a stretch to think that the REAL reason for the lockdowns is to silence the churches?

Think about that for a minute.

Keep them silent. Destroy them. Shut them down.

To destroy the most powerful enemy of Satan would be a formidable task, one would think.

‘As is seems that the church is the most ennobling influence in foreign nations, each and every branch and activity of each and every church, must, one way or another, be discredited. Religion must be made unfashionable by our demonstrating broadly, through psychopolitical indoctrination, that the soul is nonexistent, and that Man is an animal. “- Brainwashing the Russian Synthesis on Psychopolitics

This is the battle cry of late.

The opposite of sanity is insanity.  Communism uses psychiatric ideology to destroy. The basic premise is that man is NOT a spiritual being.  They believe that man is animal and because of that, he can be controlled, drugged, maimed in the name of science because he is dispensable. His life is worthless.

If ‘science’ can convince man that he is bereft of a ‘soul’ or a spirit, then man will worship ‘science’ and therefore trust nothing other than the word of the scientist.

In that way, man can be subjugated and led to believe that he is nothing more than the flesh and if he is only flesh, then it would stand to reason that the only way to ‘treat’ or heal him would be with drugs, surgery or shock.

Psychology by definition is the ‘study of the psyche or soul’ but denies the existence thereof and for that reason alone the premise of psychology is not only suspect, but frail.  So, one can easily see that the use of psychology and psychiatry are tools used by Communists to subjugate and control populations of people.

“In the 1930’s, we put eleven hundred men into priesthood in order to destroy the church from within. The idea was for these men to be ordained, and the climb the ladder of influence and authority as Monsignors and Bishops. Right now, they are in the highest places in the church.  They are working to bring about change in order that the Catholic Church would not be effective against Communism.  You will not recognize the Catholic Church.” – Bella Dodd, Ex-Communist Converted to Catholicism at the end of her life.

Once they became well versed in the tenets of the church, they were to pull the bishops away from the traditional values and roots and get them to embrace revolutionary ideas so as to become pawns that are easily manipulated.

If the opposite of freedom is communism or slavery, who is the biggest enemy of the communist or the slaveholder?

The spirit, the free, the ability to think for oneself.

To destroy freedom, one must destroy everything freedom represents.

“…there must be no standing belief in the church and the power of the church must be denied at every opportunity. “- Brainwashing the Russian Synthesis on Psychopolitics

The plan to destroy the church included breaking away from tradition and empowering laity to take over the customs of the church such as giving communion and saying mass.  A spiritual ‘revolution’ was to be waged so that a new ‘ecclesiastical democracy’ and religious ‘liberty’ could emerge much in the same fashion of the Leninist ideal – break from tradition so a ‘renewal’ could take place.

What was to emerge was a complete overhaul of the church which gave way to women in the pulpit and non-ordained people saying the liturgy – to make the priest the same as everyone else.

The Catholic Church most of all was feared by the Communists because according to them it was communisms’ only effective opponent.  Church leaders were to be shamed into an ‘openness to the world’, and to a more flexible attitude toward all religions and philosophies.  The communist would then exploit this openness in order to undermine the Church.”

According to Bella Dodd, her job was to give the church a ‘complex about its heritage by labeling the church of the past as being oppressive, authoritarian, full of prejudices, arrogant in claiming to be the sole possessor of truth, and responsible for the divisions of religious bodies throughout the centuries.”

One can see this with what is happening in the world today with political correctness and the social justice movement.

To accomplish this, the idea must be FORCED upon an unsuspecting public.  This ideology is not sane, in fact it is the epitome of insanity.  The ability to recognize differences and similarities and discern the difference, IS the true definition of sanity.

If the church can be destroyed, then the most powerful foe of the Darkness shall be vanquished, and darkness shall prevail.

We have witnessed the fall of the Catholic Church over the past 50 years.  With scandal and laxity, it appears that the Catholics are all but extinguished.

Can the Catholic Church be saved?

Ideas are more powerful than bullets.  You cannot stop an idea with a bullet.  Knowing that, then one can surmise that to stop a destructive idea, one must have a better idea.

If the Catholic Church is the greatest enemy, and the Church remains silent, then darkness will prevail.

By NOT speaking up, what message are the churches sending to their congregations?

If they themselves do not believe that THEIR God is the ultimate foe of the darkness, then they have lost.

If they TRULY believe, then they will stand up and be heard.

Surely, the churches enemy considered them a very formidable foe. So much so, that they have been tirelessly working on its destruction for decades.

It is time that the rest of the spiritual world, the light, the good stand up for THEIR God and HELP themselves.

There is NO law in the land that makes it legal to shut down a church.  NO LAW.  Therefore, the churches can operate unfettered and unencumbered.  But it will take a massive show of GOOD, OF LIGHT OF SPIRTUALITY to do it.

If the greatest foe of the darkness is the light…how do you extinguish the light?

You turn it off.

Likewise, if the greatest foe of the light is the darkness…how to do get rid of the darkness…. YOU SHINE THE LIGHT ON THE DARKNESS.

It is time for all churches to stand up and shine the light of truth on the darkness.

COME UP WITH THE BETTER IDEA AND CREATE FREEDOM.