If you’re a fashionista, then you’ve probably heard the term millinery before.

But for anyone out there isn’t quite as familiar, millinery is the process of designing, making, and selling hats or headwear in general.

It’s a very specific corner of the broader fashion industry, and as is the case with our guest today, anyone who has earned the title of milliner tends to focus on high-end or even bespoke designs rather than large-scale production, but we’ll be talking about that element later on in the article.

Joy Kim has made a name for herself in the millinery world with her in-demand brand, Joy Kim New York, based in New York City.

Her fashion-forward designs speak to a unique and progressive artistic sensibility, and much of her work recontextualizes headwear within contemporary fashion.

We were very fortunate to be able to speak with Kim recently, and with her expert take, we’ll be taking a look at modern-day millinery and the choices that go into the design and creation of hats and headwear that say something all their own.

But first, how did Kim decide on millinery in the first place? What inspired her to contribute to this industry with her own artistic voice?

In her own words, Kim’s interest came from both formal and informal education:

“Growing up in Korea, I enjoyed a lot of classic American and European movies. In addition to the vast cultural differences between the East and the West, what I found most intriguing was the fashion, especially headwear like Fedoras, cocktail hats, bonnets, etc. After taking a millinery course at the Fashion Institute of Technology in New York, I’ve loved the personalized, hands-on approach.”

Indeed, movies from this era speak to a very different attitude toward headwear. It’s well-known that, here in the U.S., hats were previously a necessary part of just about every outfit, at least as outerwear.

JFK himself is credited with leading the shift away from daily headwear.

Ever since, hats and headwear have served different functions in American fashion, and today it’s safe to say that headwear can be either practical or fashionable or a mix of both.

Considering Kim’s designs, it’s easy to see just how significantly they can add to an outfit. Now let’s talk more about that idea.

The power of a good hat

To start things off, let’s try a little thought experiment. Just ask yourself this: when was the last time you wore a hat?

Do you have the image of the hat in mind? Ok, now what was the rest of your outfit? How did that hat add to the overall outfit?

What would you say was the purpose of this hat? Was it something you wore for practical purposes? Was it purely for fashion?

When I asked myself these same questions, I found that the last hat I wore was a wool beanie, pulled out of the closet on the first day that dropped below 40 degrees.

On the surface, it would seem this fashion choice was purely practical. I wanted to stay warm and this hat served that purpose.

But when I thought about it some more, I realized that it actually was an aesthetic choice as well.

Like many folks who happen to live in the Northeast, I have several beanies collected over the years. Some are very simple and others are dyed in bold colors.

That simple act of putting on a hat in the morning was also a fashion choice. I wanted a colorful hat that would contrast the neutral colors of the rest of my outfit.

All of this is to say that hats and headwear are a very flexible fashion item. They can mean many different things and serve very different purposes, as Kim elaborated on during our conversation:

“In a contemporary sense, a hat can take any form or shape and allow us to be free and express our individuality. Hats can also be an art form. Unlike bags and shoes, they can be presented on their own, without practicality. Each one creates its own persona, making its own statements.”

That’s a very interesting idea. Unlike other items of clothing and other accessories, hats are allowed to be purely fashionable or be fashionable and practical at once.

From a design perspective, this allows for a great deal of creativity. A pair of pants or a pair of shoes still need to serve their practical purpose, but hats can stray very far from a practical purpose, and that’s where the potential for art creation comes in.

As we’ve already mentioned, Kim does not mass-produce her headwear. Rather, she seeks out very specific, high-quality materials that best serve her creative goals.

Similarly, instead of returning to the same handful of designs again and again, Kim strikes out into new design territory often. 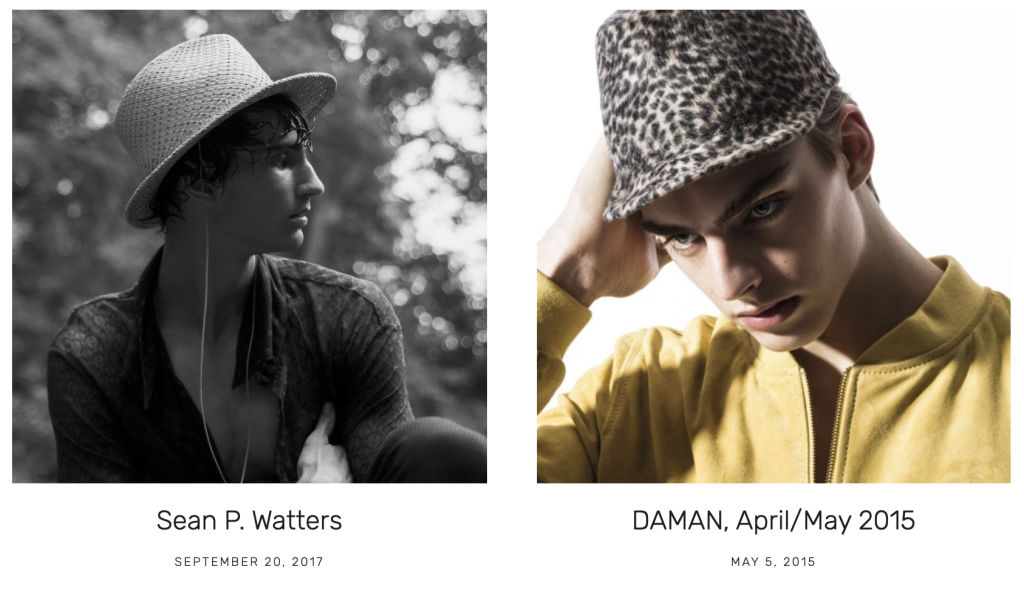 This has a great deal to do with Kim’s aversion to low-quality products she sees elsewhere in the industry. For her, this speaks to a portion of the market that isn’t being served by these products:

“The mass-produced, poorly made hats that we see in today’s chain stores have been a driving force to continue this traditional handmade art form. For me, there is nothing like the joy of handcrafted work. I go above and beyond. Not many people make custom hats anymore. I appreciate the rarity and the organic way to create one-of-a-kind hats.”

In a broader sense, there have been significant shifts toward handcrafted goods in many different industries.

In certain cases, these shifts have even led to large companies trying to rebrand their products as being small-scale and carefully designed.

But as with any market, the buyers have communicated time and time again that there’s no substitution for products that have actually been created with care, whether it’s a hat, a musical instrument, or a meal.

This desire to create something of exceeding quality isn’t just beneficial to the soul of the artist in question, either. It’s also an excellent opportunity to gain a dedicated following who will keep coming back to take a look at new products, and who will be willing to spend more on something they know will last for a long time.

Kim also explained that many of her ideas for new hats are sparked by tangible sources of inspiration, or even by the input of a customer:

“Sometimes when I see a certain fabric or material, I just get a vision of a perfect hat. There’s a unique story behind every hat that I make. I source the finest materials. Through pointed, direct answers from my clients, I can decide what the best choice would be for each one.”

This interaction and the creative process as a whole is just another way in which artisans like Kim set themselves apart from the competition, and for the customers themselves, it makes for a unique experience that they just wouldn’t be able to find anywhere else.

Just imagine walking into a big department store and asking for a custom hat. You would probably get a confused look from a sales associate before being sent to the headwear department, where someone else would tell you that they could do some minor alterations to an existing hat, but that’s about it. 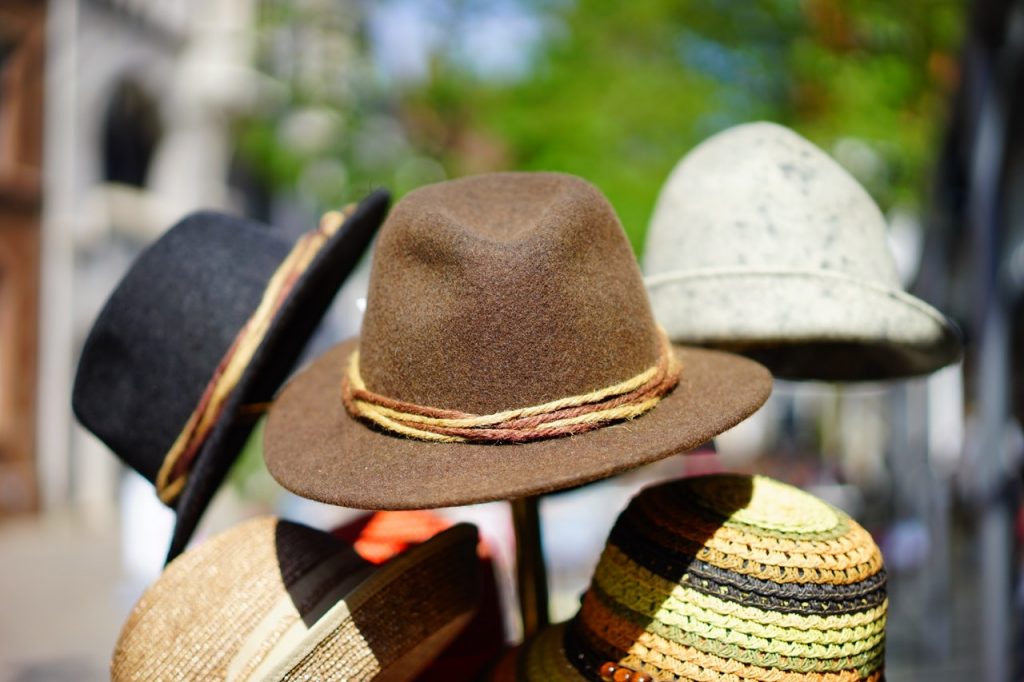 At most, you might be able to get in contact with one of the manufacturers that supplies these stores with their products. If they’re feeling generous, that company might mark down your suggestion, but it’s going to end there.

But requesting a piece of headwear from a milliner means that you are, in effect, part of the creative process. Your ideas and your desires will be taken into consideration. In an age of mass-production, that really is something special.

Before we wrap up, let’s touch on Kim’s design philosophy and how it ties in with her larger creative and production approach.

We’ve already talked quite a bit about the benefits and the appeal of handcrafted goods. Well, that method isn’t just about the materials being used and the production timeline.

But if someone is going to buy a bespoke hat or a high-quality design, that design needs to be worth the extra time and investment.

Kim rewards this investment by creating designs she considers to be timeless:

“For me, a hat becomes timeless with quality and simplicity. ‘Classic’ never gets old. Today’s society is built on trends. In my opinion, a lot of designers tend to focus on styles of the moment, which are likely to switch over quickly. I would much rather create something that will continue to stand out for years to come.”

As you can see, it’s all connected. Kim wants to create headwear that doesn’t just last on a practical level but on the level of style as well.

There may not be many milliners out there as dedicated and creative as Kim, but the market has spoken, and there is indeed a strong desire for headwear that retains value on multiple levels.

The Art of Online PR Feat. Victoria Gates-Fleming
How You Can be More Productive Working from Home