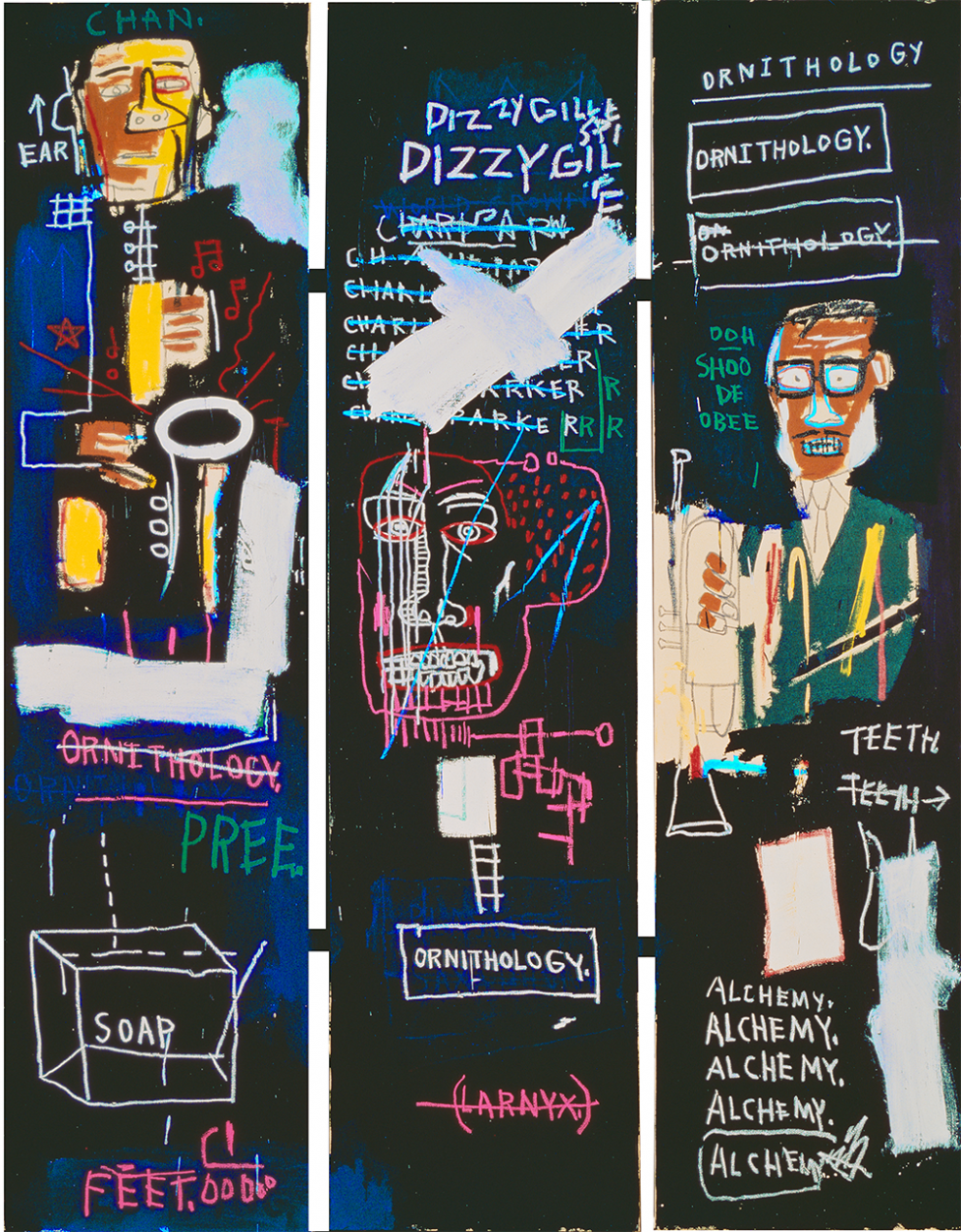 The Broad announces Time Decorated: The Musical Influences of Jean-Michel Basquiat, a three-part video series dedicated to the famed New York City artist. The video series includes three segments, Jazz and Bebop, Punk and No Wave, and Bebop to Hip-Hop via Basquiat, where musicians, creatives and scholars discuss the impact of each music genre on Basquiat’s now iconic style. All three segments were filmed at the Broad, in newly installed Basquiat galleries displaying the museum’s uniquely deep representation of the artist’s work.

Home to an unparalleled collection of Basquiat’s art, The Broad seeks to honor his legacy by exploring its musical foundations. The first video segment of the series, Jazz and Bebop, was produced, co-directed, and written by Alyssa Lein Smith of Quincy Jones Productions and features LA jazz musician Terrace Martin, as well as input from Quincy Jones himself. Martin delves into how the bebop genre, birthed in New York City much like Basquiat, played a role in his artistic vision.

Founding Director Joanne Heyler said, “The Broad’s new series, Time Decorated, offers nuanced insights from commentators whose expertise and knowledge in jazz and bebop, hip hop, and afro-punk illuminate music’s bedrock role in Basquiat’s life and art. The series explores the wealth of music references in his paintings, and the themes of justice and resistance inseparable from those references. As the museum with the deepest representation of Basquiat’s work in the United States, the Broad strives to present programming to bring to our audience a clear understanding of his achievements.”

The series includes works by bebop artists such as Charlie Parker, Dizzy Gillespie, Thelonious Monk, and Max Roach. Music for this segment includes Ornithology by Parker, Hot House by Parker and Gillespie, Ol Man Rebop by Gillespie, and music from Martin’s Dinner Party.