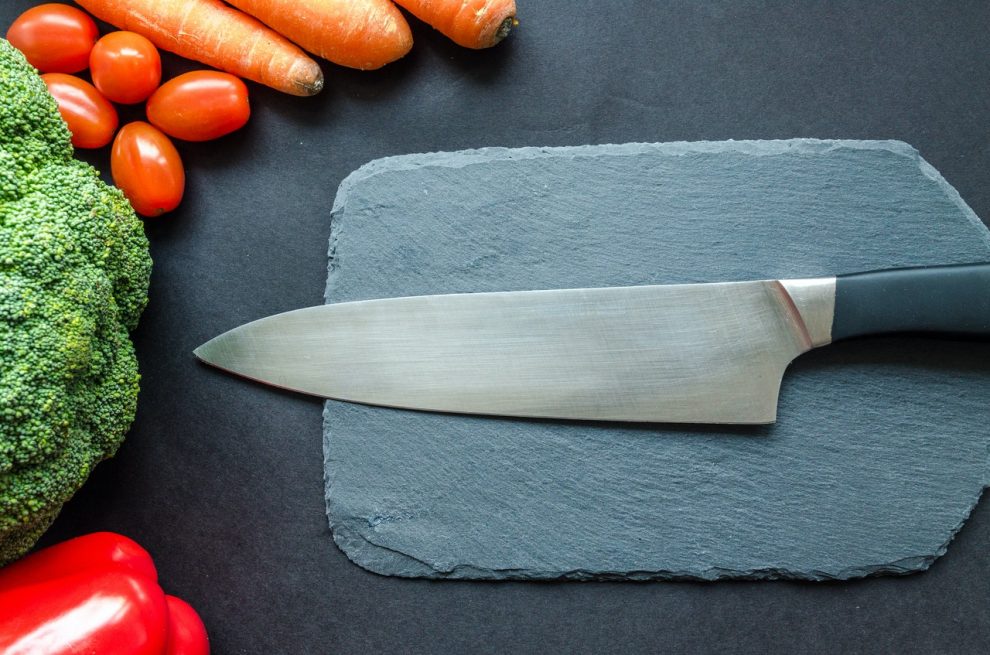 Our interview today is with Chef Benjamin Tandoh, a highly-skilled Chef who has brought his talents to many different parts of the world throughout his career.

An expert in French and Nigerian cuisine, Tandoh started his first restaurant, T&J Foods (or T&J’s for short) in 2013 in Sheffield. He later started his second restaurant, Phurah Book Cafe, in his home country of Nigeria.

Tandoh also worked with the 2 Michelin Star restaurant Hostellaire Le Fox in De Panne, Belgium before moving to Aspen, Colorado to serve as a chef de partie with The Little Nell, a highly-rated resort with award-winning restaurants.

During our interview with Tandoh, it became very clear just how much he values cuisine and the ability to share his passion for food and carefully-crafted meals with guests from all over the world.

It was also fascinating to hear that, originally, Tandoh was set on a very different career path. But he simply couldn’t ignore his passion for the culinary arts and went to great lengths to make cuisine his primary focus.

Thank you so much for joining us. To start off, can you tell us more about your decision to change careers?

After graduating from the University of Sheffield, I started my first catering business called T&J’s in Sheffield. At the time, I was a major party promoter with my partner Jayson, hence the name T&J’s, which stood for Tandoh and Jayson’s.

We made some good money at the time with just delivery and wanted to venture out more, but, due to unforeseen circumstances, we could not. At the time, I was also trying to focus on fulfilling my father’s dream for me to be a professional Chartered Accountant.

Unfortunately, that never worked out because I had just found a career path that I was truly passionate about. I had a year left in the UK to study and I wanted to get the most out of that experience before I left.

So I decided to convince my father to send me to my first culinary school after completing my Master’s in International Business from the University of Coventry.

The name of my first culinary school was Leiths School of Food and Wine, and I can proudly say that I started falling in love with the art of food after attending that school. It was just for a month before having to go back to Nigeria to serve my country for a year.

Just as I was about to conclude one of my lectures, Chef pulled me aside and said he’d seen my ambition and he recommended that I go to the ultimate culinary school, Le Cordon Bleu.

From that moment, I was convinced this was for me and I made it my ambition to go to that school and see this career through. Four years down the line, I made it to the school and I have not looked back ever since.

What is it about creating and sharing food that inspires you?

Cooking is therapeutic for me. When I cook, I am in a different zone, playing with ingredients, trying to make my plate beautiful to the eye, and most importantly it must taste divine! The most fulfilling thing for me about cooking is when my customer takes a picture of the food and gives positive feedback about the taste.

I am also a fanatic of cooking with whatever ingredients are around me. I like playing with ingredients, textures, smell, taste, and getting the perfect blend so that I can give customers a new experience every time they come to me for a meal.

What was it like to work at Hostellaire Le Fox? Did you enjoy the experience?

It was an amazing experience working at Hostellaire Le Fox. I was living in the hotel and it was right next to the beach, so you can imagine how relaxing my days off were. They made me feel at home and I learned a lot from them.

When I started my work there, I initially served in the pastry department, teaching me a lot about the art of sweet treats, and, most importantly, it taught me patience and how to be organized. Without those two elements, you would not be able to become a good Chef. I was in the pastry department for two months before I was moved to the cuisine department to round out my internship.

Customers traveled far and wide to eat at the restaurant. Working at the restaurant made me want to own a family business just like that one day, and I have made it one of my career goals to own a hotel and restaurant that could please guests in the same way.

Have you noticed any differences working in cuisine in Belgium versus the US?

Hostellerie Le Fox, a two Michelin Star restaurant, was located near the sea wall of De Panne in Belgium. It was a family-owned restaurant and hotel. The Chef, Stephen Buyens, was a farm-to-table chef because he specialized in only using ingredients found in the area. The Little Nell, on the other hand, is located in the Colorado mountains and doesn’t have access to fresh lobster from the ocean, etc. Instead, we get the best ingredients from all over the world.

The one thing I can say is the work ethic in both countries is basically the same because we all use the same French techniques to cook, just with different approaches to attain the final results. Hostellerie Le Fox was a maximum 60 cover-a-night hotel, unlike The Little Nell where we can serve up to 250 people a night.

Hostellerie Le Fox is family-owned while The Little Nell is a conglomerate. So The Little Nell is bigger in every way except for one thing: they don’t have a Michelin star. The two experiences have given me a strong sense of focus in my life, and hopefully with time, hard work, and persistence, I will be able to achieve my ultimate goal, God willing!

What would you say is your specialty in the culinary space?

I would say I am a chef de cuisine, although I found some love for pastry when I was in Belgium. It was just one person who controlled the whole pastry kitchen with me as the mentee.

It was a roller coaster, to say the least. I would consider myself an all-around chef specializing in a fusion of Nigerian ingredients with a combination of different global cuisines using French techniques to give my plates the presence they deserve.

Do you have plans to open more restaurants in the future?

Yes, definitely. Everything I do in the culinary arts, all of my experience and knowledge of the culinary world, is in pursuit of being a restaurateur someday in the future.

What is the biggest lesson your career has taught you about the culinary world?

It’s all a process. With hard work, resilience, and God, you can achieve anything.