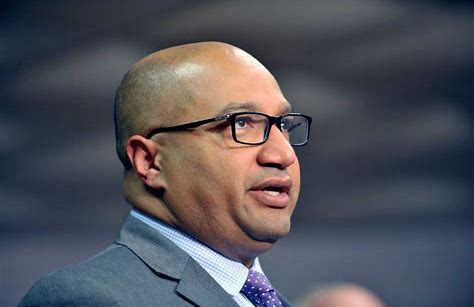 When I first read that Albany County District Attorney P. David Soares was planning to investigate whether New York Governor Andrew M. Cuomo sexually assaulted and/or harassed one or more women, I immediately tried to remember what other politicians Soares has investigated and/or prosecuted during his 16+ year tenure.

Let’s see…Didn’t he prosecute Shelly Silver, the former Speaker of the NYS Assembly who was alleged to have taken kickbacks throughout most of his legislative career? Nope, that was the feds in the Southern District of New York.

OK…How about Joe Bruno, the former President of the NYS Senate whose initial conviction was vacated after a ruling by the U.S. Supreme Court as to what constitutes bribery – and who was found “Not Guilty” in his second trial? Nope, that was the feds in the Northern District of New York.

Hmmm…How about Alan Hevesi, the former NYS Comptroller who pleaded guilty to accepting nearly $1-million in gifts from the owner of a company that he approved to invest $250-million of NYS pension funds? Nope…that was New York State Attorney General Eric T. Schneiderman.

Well, how about that old horndog, Eliot Spitzer, the former NYS governor who resigned after he was caught on a wiretap setting up a meeting with a prostitute? Nope…Soares said he was “thinking about investigating” that matter back in 2007 – but if ever did, he never said anything about the results of his investigation.

Wait…He must have been the one who prosecuted – and convicted – Dean Skelos, the former President of the New York State Senate, right? Nope, that was Preet Bharara, the former U.S. Attorney for the Sothern District of New York.

Well, OK, but how about John Sampson, the former NYS Senator who was convicted of obstruction of justice and other charges, didn’t Soares prosecute him? Nope, once again, that was the federal prosecutors in the Eastern District of New York.

So, are there any other politicians that Soares has ever investigated and/or prosecuted besides Cuomo?

On Tuesday, August 4th, Soares confirmed on NBC’s Nightly News that his office was, in fact, conducting a criminal investigation regarding Cuomo.

Nightly News host Lester Holt started the show that night by noting: “I just spoke exclusively with Albany County District Attorney David Soares who is conducting an investigation of Governor Cuomo. I began by asking him if his office is doing a separate investigation.”

And Soares responded: “We are conducting a separate investigation. I think after today’s presentation, which here in Albany County we were witnessing at the same time that the rest of New Yorkers were witnessing, it’s pretty clear that we have an obligation here, and thus, we’ve reached out to the Attorney General’s office seeking all of the evidence upon which they uncovered and relied upon off of their report.”

Holt then asked a follow-up question: “Based on what you’ve seen in this report, is any of the behavior described and attributed to the governor, would any of that be considered criminal?”

And the less than articulate Soares responded as follows: “Well, the allegations early on certainly led myself [sic] and other prosecutors with concurring jurisdiction to believe that criminal activity, in fact, had taken place, but we will conduct our own independent investigation. It will be done expeditiously, and we will arrive at those conclusions.”

Apple confirmed that such a report had been filed – and indicated that it’s possible Cuomo could be arrested at some point in the future.

“The end result could either be it sounds substantiated and an arrest is made and it would be up to the DA to prosecute the arrest,” Apple said. “Just because of who it is we are not going to rush it or delay it.”

Soares Has Shielded & Assisted NXIVM/ESP Throughout His Career

Almost from the day he was elected as Albany County D.A., Soares not only failed to undertake any investigation of Keith Raniere and his NXIVM/ESP criminal enterprise, he actually became an active advocate for – and protector of – both.

Perhaps it was the fact that his two sisters and a brother-in-law were enrolled members of NXIVM/ESP that caused Soares to turn a blind guy to the group and its numerous criminal activities.

In any event, in 2007 Soares became an active advocate for NXIVM/ESP and Raniere by bringing a baseless charge of grand larceny against me. He did this at the request of Clare Bronfman – with whom he met personally to plot my demise.

Upon learning that I had only been charged with one crime, Raniere immediately started pressuring Soares to bring more charges against me.  This eventually resulted in a phone call from Sen. Joe Bruno to Soares in which Bruno, acting at the urging of Nancy Salzman (who, at that time, was serving as Brono’s personal coach and therapist) pressured Soares to bring several more charges against me (Query: Why didn’t Soares report this totally inappropriate interference to the feds?).

But Soares – who was apparently expecting some sort of political contribution from Clare Bronfman for the original indictment – refused to make another presentation about me to the Albany County Grand Jury and the one-count indictment was immediately dismissed at the first hearing as the judge chided Soares for bringing an indictment based on insufficient evidence.

Several years would pass before Soares would, once again, use the power of his office to aid and abet the NXIVM/ESP criminal enterprise – which I’ll discuss in the next installment of this series.

So, Why Is Soares Going After Cuomo Now?

From the time he was first elected, Soares has operated the Office of the Albany County D.A. as a transactional enterprise.

Although they opposed him when he first ran for office, the leaders of the Albany County Democratic Party quickly learned that Soares was a guy with whom they could do business.

Unfettered by any personal ethics – and quite willing to use his office to punish the enemies of his political friends and patrons – Soares has only faced minimal opposition from his own party during the past 16 years.

In the most recent primary election that took place in 2020, Soares was opposed by Matt Toporowski, a former Assistant Albany County District Attorney who was in private practice.

Although he had the backing of the Working Families Party – which had previously supported Soares with funding and campaign staff – Toporowski stumbled early in the campaign when he was asked whether he had ever been disciplined while serving as an Assistant D.A.

Rather than simply admit that he had been suspended for a week after a photo appeared on social media showing him and two female students at Albany Law School mimicking a sex act, Toporowski gave a less-than-truthful answer to the Times Union reporter who asked him about the incident.

And how you ask did the Times Union reporter know to ask Toporowski about a personnel matter that was not available to the general public?

Well, the credit for that little bit of political sniping goes to David M. Rossi, the Chief Assistant District Attorney for Albany County – and the guy who fronts many of Soares’ nefarious activities.

Don’t forget Mr. Rossi’s name because he’s also going to show up as a key player in the indictment for computer trespassing that Soares brought against me – and several others – back in  2013.

So, back to the question of why Soares has stepped up publicly to take on an obviously wounded Andrew Cuomo?

Is it because he’s a firm backer of the #MeToo movement – and wants to be sure that Cuomo gets punished for his abhorrent behavior towards women?

Probably not – especially considering that Soares’ relationship with his current wife, Stacey Quackenbush, reportedly began when he met her at a gentlemen’s club in Albany where she was a star stripper (Soares was married at the time to Tina Pantuso but later divorced the mother of his two children).

No, Soares going after Cuomo means that there’s something in it for him because that’s how he operates as the District Attorney of what many consider to be the most politically corrupt county in the entire country.

The only question now is what reward is Soares going to get for doing something that he’s never done before – prosecuting a high-profile politician.

Note to Soares: Regardless of whether you succeed in taking down Cuomo, you are now going to get “profiled” yourself by the national media in a way that you have never experienced as the D.A. of an Upstate county in New York State.

At a minimum, you’re going to be asked lots and lots of questions about the critical role you played in allowing the NXIVM/ESP criminal enterprise – and its two leaders, Keith Raniere and Nancy Salzman – to flourish throughout the entire time you’ve been in office.

And I wouldn’t be surprised if you’re also asked about that phone call you got from Joe Bruno.

It’s time to put on your big boy pants, P. David…which, given your steroid-like growth over the last few years, are really the only ones you can fit into.

And if you’d like to challenge me on any of this, you know how to reach me…

Hypocrisy in Action: Soares Investigating Cuomo – Part 2
How Yale Properties Ltd of Montreal Is Connected to Fraud Lawsuit Against Its President Albert Mashaal