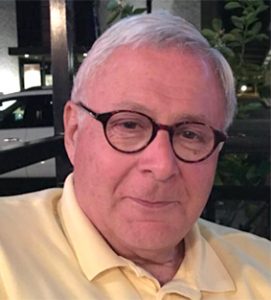 Upon information and belief, court records, document review, and eyewitness testimony, Anthony Bruce suborned perjury, obstructed justice, deceived the courts, recklessly and blatantly disregarded evidence that pointed to innocence,  lied by omission and committed outright fraud and perjury as a regular pattern of conduct during his notorious 38 year role as an assistant US attorney and sent an unknown number of innocent people to prison. This heretofore ‘dirty little secret’ was known by a certain number of people in the legal community and Bruce barely escaped being disbarred and prosecuted in the past.
Up until now, no one had the temerity to publicly challenge this allegedly ‘villainous bully’ until Frank Parlato, who claims to have been falsely accused by Bruce, brought Bruce’s alleged misconduct to light in a series of articles in this publication. Bruce’s alleged blatant prosecutorial misconduct in the Parlato case has prompted other defendants and lawyers to contact Parlato who now has a growing body of evidence that the conduct Bruce showed in his case was not singular.  Other victims are and will be going on record in coming articles. Were you or your family victimized by Bruce too?
BE NOT AFRAID: If you were a victim of Bruce join the ranks of victims who are fighting back and contact us. Your inquiry will be kept confidential. Your name will never be used without your written permission. Our goal is to prevent prosecutorial misconduct which so often occurs but goes unpunished. It can only be stopped when there is a consequence for prosecutorial misconduct.  Absolute power corrupts.  Prosecutors have virtually no checks and balances on their conduct unless the people themselves stand up for justice.  Contact Parlato at 716-990-5740 or email news1926@gmail.com.  All calls and emails kept confidential.
“When we neither punish nor reproach evildoers, we are not simply protecting their trivial old age, we are thereby ripping the foundations of justice from beneath new generations.”  Aleksandr Solzhenitsyn.