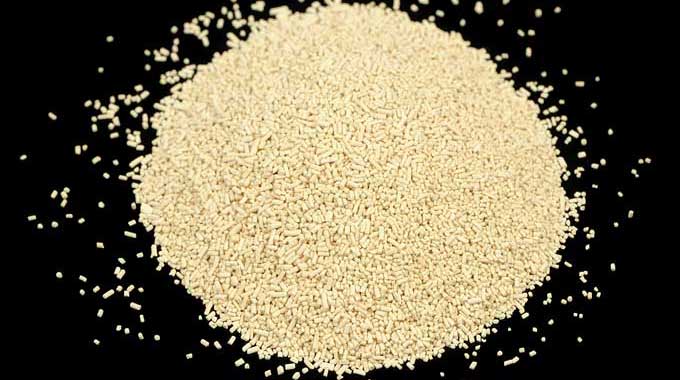 Of the 1500 or so species of yeast, only about 300 of these are species that can ferment sugar. However, very few of these 300 are able to produce reliable concentrations of alcohol. Because alcohol is toxic to cells, yeast will die as they ferment and the concentration of alcohol increases. Only a handful of strains have been discovered that can sustain alcohol concentrations of greater than 8 percent.

How various yeasts make a difference in brewing

Lager and ale. Two words that are used quite a bit in the brewing industry. But besides tasting different, these beers are made in two fundamentally distinct ways and with two different species of yeast.

Of the 1500 or so species of yeast, only about 300 of these are species that can ferment sugar. However, very few of these 300 are able to produce reliable concentrations of alcohol. Because alcohol is toxic to cells, yeast will die as they ferment and the concentration of alcohol increases. Only a handful of strains have been discovered that can sustain alcohol concentrations of greater than 8 percent.

Recent genetic evidence suggests that lager yeast is quite a bit more different than previously thought. Advances in modern technology have allowed researchers the ability to accomplish a world-wide screen of yeast species, obtained from diverse habitats and climates. Researchers capture yeasts in the wild and then transport them back to the laboratory for sequencing of the genetic material residing in the chromosomes.

The yeasts used in brewing today come in two broad categories: ale and lager. The main difference between ale and lager yeast is the temperature at which the yeasts are able to ferment sugars in wort (the precursor of beer minus the alcohol).

First, ale yeasts are much faster at fermenting. Lager yeasts can be harvested, or cropped, from the bottom of the fermentation vessel, whereas ale yeasts are cropped from the top of the vessel. Lager yeasts can take months to finish fermentation. Time in a brewery is of utmost importance, where the object is to create vast amounts of beer in a short time span. Beer that sits in a fermentation vessel takes up space and time. And time is, of course, money. This is one reason why breweries use ale yeasts for most beer production.

Some of the basic differences between lager and ale yeasts are shown in the table below:

Yeast has been used for many centuries. In fact, hieroglyphics suggest that yeast was used by Egyptians to produce alcoholic beverages and leaven bread over 5,000 years ago. Fast-forward a few thousand years. Lager yeasts were being used in Germany around the 1500’s. By 1860-1870, lager yeasts were used to produce nearly all beer in Euope. So the question is: what is so different in these species of yeast? The answer, of course, resides in the genetic makeup of the yeast.

Lager yeasts are now believed to be a genetic mix (or hybrid) of three different strains: S. cerevisiae, S. uvarum and S. bayanus. S. cerevisiae may sound familiar, because this is the yeast used to make ales. What this means is that ale yeast mixed with the original lager progenitor, presumably due to contamination and mixing of species, in the brewery.

Patagonia lager yeast was isolated from galls on beech trees in the forest and results were reported in 2011. This Patagonia yeast species is called S. eubayanus, or “true bayanus.”

And in 2014, Chinese researchers claim that the original lager yeast resided in Tibetan forests.

It’s difficult to imagine how exactly Patagonian or Tibetan yeast made it to Bavarian brewing vessels. It’s quite possible that there are more wild and as-of-yet undiscovered species living in Europe or elsewhere. Finding and identifying wild yeasts in Europe would eliminate the need to invoke a means of intercontinental sea voyage for lager species of yeast.

The genealogy of lager yeast is an interesting story. Modern day lager yeast is a hybrid of many different yeast species, including the ale yeast S.cerevisiae. Current data suggest that lager yeast may have originated in Patagonia or Tibet. Over the years lager yeasts have been artificially selected to ferment at lower temperatures and create a crisp beer.