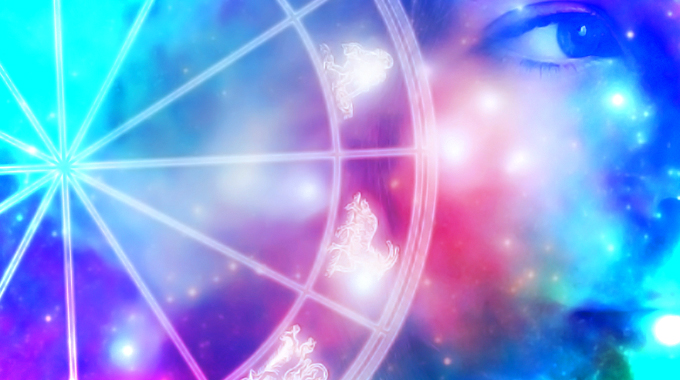 GEMINI (May 21-June 20): In the coming weeks I'd love you to learn more about how to heal your own pain and wash your own brain and right your own wrongs and sing your own songs.

ARIES (March 21-April 19): “You’ve been putting out and putting out and putting out, Aries. Good work! I’m impressed with the blend of high-minded generosity and ego-boosting self-expression you’ve synergized. Now, however, it’s time to make a transition. You need to start taking in and taking in and taking in. Your radiance needs to be fed by other radiances. Congratulate yourself for how aggressive you’ve been, then cultivate an equally robust receptivity.

TAURUS (April 20-May 20): Don’t try to understand the Great Mystery in the coming days, Taurus. Instead, be the Great Mystery. Don’t go with the Flow; be the Flow. Don’t struggle and strain to put yourself in harmony with the Creative Surge of the Divine Wow. Be the Creative Surge of the Divine Wow. Do you catch my drift? It has never been more important than it is now for you to be a uniter who is at one with everything and everyone you encounter. This is the time and this is the place for you to be an exhilarating and playful force of nature who’s madly in love with all of creation.

GEMINI (May 21-June 20): In the coming weeks I’d love you to learn more about how to heal your own pain and wash your own brain and right your own wrongs and sing your own songs. I’ll be overjoyed if I see you grow in your ability to unbreak your own heart and unfreeze your own assets and unleash your own surprises and understand your own motives. This is, by the way, not a prescription for loneliness, but rather for self-sufficiency. In fact, the magic that has been missing from your collaborations with others will probably appear as soon as you resolve to be your own guru.

CANCER (June 21-July 22): According to the Haggadah, an ancient Jewish text, the first thing God made, before anything else, was the Torah. This book was “written with black fire on white fire.” The 22 letters of the Hebrew alphabet became the raw materials out of which the Divine One forged heaven and earth. Now you, Cancerian, have a chance to get firsthand evidence of the power that language has to shape experience. In the coming days, I suggest that you formulate what you say with great precision. The words you use will have the power of the ancient magical incantation, abracadabra, which is derived from the Aramaic word meaning “I create as I speak.”

LEO (July 23-Aug. 22): Many of us don’t always know what we feel. At times we may have a vivid sense that we feel something, but we’re not sure what it is. That’s why musicians, writers, actors, and other creative people play such a crucial role in our emotional lives. Their work can help us articulate the mysteries unfolding within us. But here’s the problem: There are some artists out there who aren’t very smart or original; they express only the most hackneyed and superficial feelings. If we look to them for illumination, we’re cheated. So your next assignment, Leo, is to home in on the enigmas that are swirling within you by seeking the guidance and inspiration of only the very best artists: those who have cultivated a high level of proficiency in their heroic struggle to find meaning in the fascinating chaos that surrounds us.

VIRGO (Aug. 23-Sept. 22): Are you ready to leave the past behind, drop all your assumptions, welcome the return of your innocence, adopt a beginner’s mind, and start fresh everywhere? I hope so, because that’s what the universe will be nudging you to do. Here are some words of wisdom to incite you and arouse you. (1) “You don’t know what you can get away with until you try.” – Colin Powell. (2) “Never underestimate your power to change yourself.” – H. Jackson Brown, Jr. (3) “If opportunity doesn’t knock, build a door.” – my friend Lucy Spinner. (4) “God calls you to the place where your deep gladness and the world’s deep hunger meet.” – Frederick Buechner.

LIBRA (Sept. 23-Oct. 22): “Only the hand that erases can write the true thing,” wrote German mystic Meister Eckhart (1260–1328). I suggest you make that your guiding thought in the coming days, Libra. The most important work you have ahead of you will involve dissolution, demolition, and deletion. I’ll even go so far as to say that you’re more likely to win big if you’re vigorously committed to losing big. “Give it up!” should be your battle cry.

SCORPIO (Oct. 23-Nov. 21): On the Whosoever.org website, Thomas Woodrooffe describes Mother Teresa’s actions in Calcutta in 1993. She tended intimately to the sick and dying without asking them their religious beliefs or judging them for any behavior that might have played a part in their illness. In contrast, fundamentalist missionaries were roaming Calcutta’s streets at the same time, handing out religious propaganda to the diseased and destitute, warning them they’d face eternal damnation if they’d didn’t convert to the One True Way. Keep that difference in mind during the coming weeks, Scorpio. You’re in a phase of your astrological cycle when you have tremendous power to heal people, fix misaligned energy, and provide the kind of moral leadership that raises everyone’s integrity levels. Be like Mother Teresa, not the fundamentalist missionaries.

SAGITTARIUS (Nov. 22-Dec. 21): While I was out in the California wilderness doing a vision quest, I came upon a painting in a cave that I immediately sensed was an oracle for the current state of your life. In the painting, there was a hunter who had dropped his bow and arrow on the ground. He appeared to be dancing inside a circle of eagles. The birds were also at ground level and had their wings spread, as if dancing with the hunter. I encourage you to come up with your own interpretations of this oracle, but here’s how I see it: You need to commune with wildness in a way you have never before imagined. The best way to proceed is to empty your mind of all thoughts about what you can get out of the experience, and instead cultivate the free-wheeling, no-expectations attitude that comes when you’re dancing uninhibitedly.

CAPRICORN (Dec. 22-Jan. 19): The harder that we love, the deeper we’re gonna feel,” sings Keith Greeninger in a rootsy tune from his Glorious Peasant CD. That’s good advice for you right now, Capricorn, since what you especially need to guide you during this phase of wandering and exploration is ever-deeper and ever-more-nuanced feeling. I’ll add a corollary that may help as well: The softer you love, the smarter your emotions will be. You can love harder and softer at the same time, right?

AQUARIUS (Jan. 20-Feb. 18): “The chemo treatments burned out all the math skills in my brain, which were already pretty meager,” said Risa, a friend who survived cancer a few years ago. “On the other hand, they awakened my ability to feel perfectly at ease while in the midst of paradoxical situations that everyone else finds maddening and uncomfortable. The chemo also made me ridiculously tolerant of people’s contradictions, sometimes even their hypocrisies, and freed me to enjoy life as an entertaining movie with lots of interesting plot twists rather than as a pitched battle between everything I like and everything I don’t like.” I have really good news for you, Aquarius: If you make use of the current cosmic opportunities, you can achieve Risa’s state of mind without the prod of anything even remotely as extreme as cancer or chemotherapy.

PISCES (Feb. 19-March 20): William Henry Harrison died in 1841, just a month after he’d been inaugurated as U.S. president. When a messenger went to Vice-President John Tyler to inform him he had ascended to the highest office in the land, Tyler was down on his knees playing a game of marbles. I’m guessing there’ll be a similar scenario in your immediate future, Pisces. Big magic may come to visit you while you’re in a lowly position. Or maybe an imposing invitation will arrive while you’re in a humble situation.