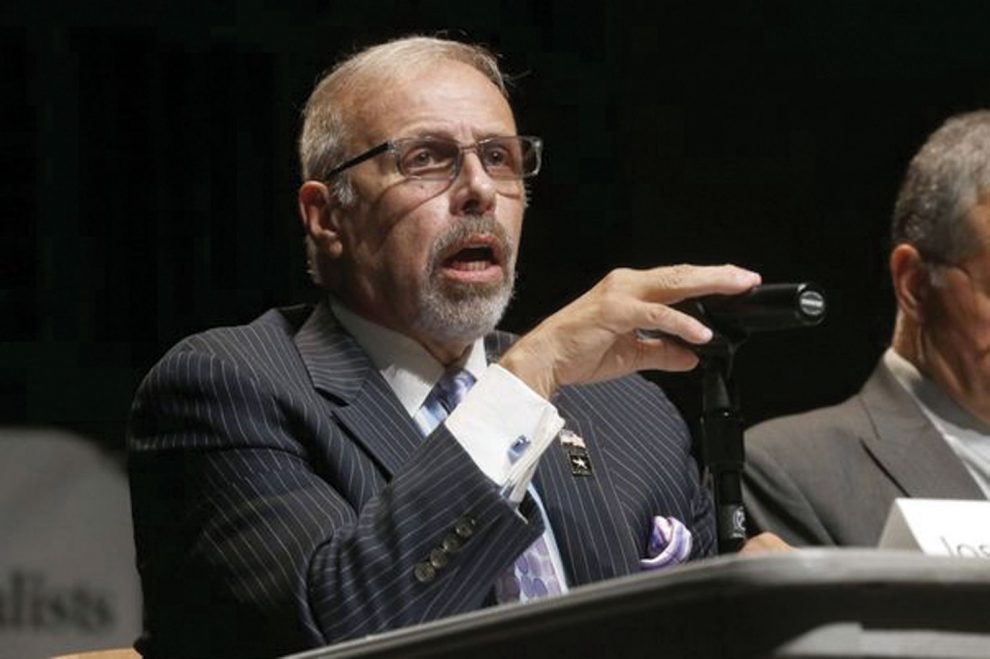 Mascia wanted to get back on the ballot after being removed by Buffalo Mayor Bryon Brown.

This is not the first time the two have tangled.

The Brown administration have taken Mascia to court on five previous occasions in efforts to remove him from office or to disqualify him from seeking reelection. Mascia was elected as one of two tenant elected commissioners for five straight terms.

The latest and most high-profile attempt to remove Masica – a severe critic of the management of the BMHA – came in the wake of a secret recording of a private conversation in which Mascia was heard using a racial epithet to describe Brown and other BMHA officials.

Paul Christopher, who produced the secret recording, found himself in hot water himself last week.  He was arraigned on felony assault charges arising from an incident where he slashed and stabbed his ex-wife’s current boyfriend at a youth baseball game in the Town of Tonawanda, police say.  He faces charges of second-degree assault, fourth-degree criminal possession of a weapon, second-degree criminal contempt and endangering the welfare of a chi ld.

Steven Cohen, the civil rights attorney who represents Mascia, has called on Erie County District Attorney Michael Flaherty to look into criminal charges relating to the production and distribution of the secret Mascia recording. Mascia said he suspects Christopher was paid to produce the tape by political operatives with ties to Brown and Norstar Development, the private firm that has been taking ownership of BMHA properties.

Mascia, despite racial epithets hurled at Brown and others heard on the secret recording – has been known to be aggressive in defending the African American community and tenants of public housing and was expected to easily win reelection from the mostly African American tenants of the BMHA before he was removed from the ballot by Brown.

Cohen is arguing that Brown’s effort to remove Mascia from office for no other reason than some comments he made to a so-called friend (Christopher) in a secretly recorded conversation is a violation of Mascia’s constitutionally protected right to free speech.  The secret Mascia recording was made when Masica was off duty and did not constitute a public or official pronouncement as a BMHA commissioner.

Last month Brown was appointed Chairman of the New York State Democratic Party by Governor Andrew Cuomo – a titular fundraising position that wields enormous clout across the state. Norstar is currently demolishing and reconstructing the Shoreline Apartments on Niagara Street, and the AD Price Courts property on Jefferson Avenue and will take ownership of the land, Mascia said.

Norstar plans to build taxpayer-funded apartments on the site at a cost that will exceed most area mansions, at $400,000 per unit. Last month, 170 families received eviction notices and must vacate their units by October.

While Mayor Brown has “suspended” Mascia from the official performance of his duties, Mascia refused to recognize his suspension and continues to attend meetings, publicly criticize authority’s mismanagement, and is making himself available for tenants who seek advice and assistance, which included successfully defending resident evictions in housing court.

Many BMHA tenants pay about 30 percent [around $100] of their $300-$500 monthly rent. However, the expenses are far more for the patronage rich housing authority. The BMHA has an approximately $40 million annual budget to operate under 3,600 units spread over 28 complexes. That cost translates to about $11,000 per apartment per year – costing taxpayers almost $925 per month.  Apartments in upscale Amherst often rent for less.