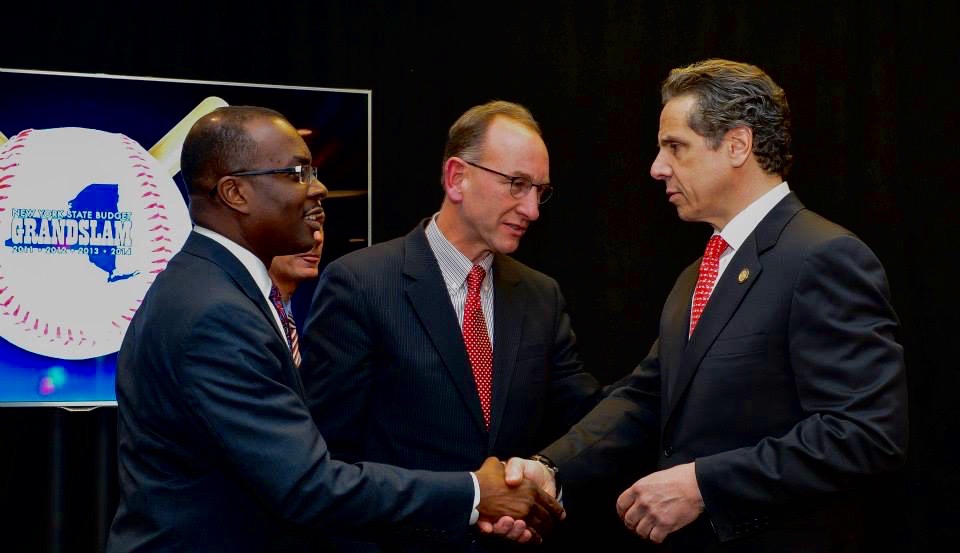 BY MATT RICCHIAZZI AND FRANK PARLATO;

Updated biweekly, it publishes all of the City of Buffalo’s operational and capital expenditures including, significantly, spending by department and cost categories, revenue sources, and the value of contracts with private firms with whom the city does business. For the first time, online access to detailed financial information, formerly available only through Freedom of Information Law Requests (FOIL), is available to the public.

“With Open Book Buffalo, the city’s finances are out there for the whole world to see,” said Schroeder. “This openness promotes accountability, efficiency, and citizen participation in government.”

This week Schroeder said he will expand Open Book Buffalo to cover more than the City of Buffalo and its approximately $480 million in annual expenditures.Schroeder told Artvoice, “We are currently working with the software provider on integrating financial information from other city entities into Open Book Buffalo, including the Buffalo Municipal Housing Authority, Buffalo Urban Renewal Authority, the Buffalo Sewer Authority, and the Buffalo Public Schools.”

By publishing the financial details of the Buffalo School District (with its estimated $850 million in annual spending) and three Buffalo municipal entities (with combined annual spending of approximately $114 million), Schroeder is making almost a billion dollars more in public spending available for heightened scrutiny.

“It’s the taxpayers’ money – they deserve to know how it is being spent,” Schroeder said.

It may be quite revealing.The Buffalo Municipal Housing Authority ($48 million est. annual budget), the Buffalo Urban Renewal Agency (est. $19 million), and the Buffalo Sewer Authority (est. $54 million), three entities designed to be controlled by the mayor who appoints the majority of the members of their boards of directors, have never been exposed to even minimal levels of transparency.

For decades, the Buffalo Sewer Authority, the Buffalo Municipal Housing Authority, and the Buffalo Urban Renewal Agency were rumored to be patronage playgrounds for the mayor for his political supporters and wrought with a quid pro quo culture where campaign donors are rewarded with generous public contracts, typically not scrutinized by the media or the public.

The financial details of these three entities have long been obscure, partly because, by their own by laws, these entities can spend taxpayer money without the checks and balances of legislative oversight, through an elected City Council where all expenditures require Council approval.

“I support the Comptroller’s efforts and yes I would like to see it across the board,” says Lovejoy Councilman Rich Fontana, the former President of the Council.

Successive mayors, however, have defended the entities’ executive-only management, and have uniformly claimed that, while under their management, these municipal entities are models of efficiency, run solely for the good of the public.

At the very least, Open Book Buffalo can help expose pay to play schemes, if they exist, since vendors and what they are paid are listed on the website.

By cross referencing vendors on Open Book Buffalo with contributions made to candidates posted on The New York State Board of Elections’ website, the public can learn which vendors make donations to certain candidates then receive public contracts – and whether any particular elected official excels in architecting such arrangements.

The former housing commissioner Joe Mascia, whose outspoken efforts to shine a light into what he claims are corruption and incompetence at the Buffalo Municipal Housing Authority has made him a target for political retribution, is applauding the Comptroller’s move.

“This is a huge step in uncovering the pay to play mindset of our public officials. Exposing the conspiracies that some Buffalo politicians are so heavily involved in will pay dividends for taxpayers,” says Mascia.

Open Book Buffalo can be accessed through the comptroller’s website: www.city-buffalo.com/comptroller. The upcoming publication of all expenditures of all Buffalo municipal entities will be a historic moment in the trajectory of this city.

An email request for comment from Mayor Brown was not acknowledged by the mayor, his press secretary or by any member of his office’s administrative staff.

Gosy’s Patients Doing Well Under New Arrangement
Is there ‘Pay to Play’ at City Hall? Contributors to Mayor Brown get City Contracts!!