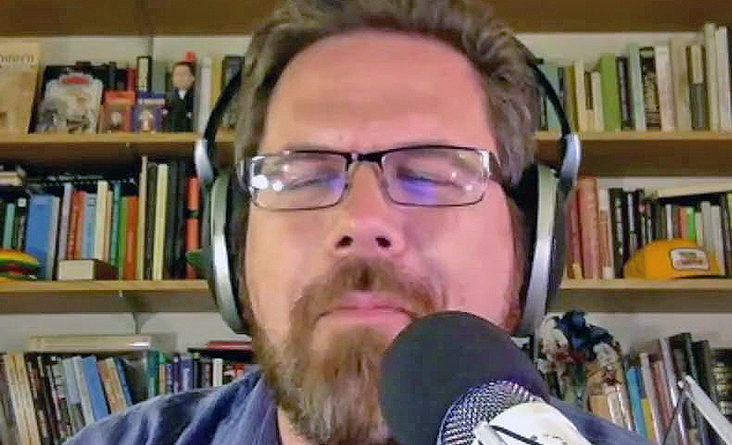 The Buffalo Philharmonic Orchestra has enjoyed a long and warm relationship with Canisius College, performing once during the academic year at the Montante Cultural Center, the wonderfully repurposed former church located on Main Street, on the Canisius College Campus. BPO Music Director JoAnn Falletta will be on the podium when her orchestra next returns to the Montante Center on November 15, at 7:30pm, for a concert featuring the world premiere performance of a new work, Vox Humana, by Fredonia School of Music composer Rob Deemer.

Anna Mattix, the BPO’s English horn player, initially requested Deemer to compose a work for English horn and orchestra. But, Deemer decided to include a part for soprano after discovering the existence of a rare cousin to the English horn from the early 19th century called the ‘vox humana’, a name that suggested a far grander concept for the piece. Deemer worked with the award-winning poets Ilyse Kusnetz and Brian Turner, who wrote poetic texts describing the plight of refugees from around the world. Tragically, Ilyse Kusnetz passed away only two months before the premiere of the work.

“When Anna Mattix, asked me to write a work for her and the orchestra”, says Deemer, “I researched the history of the instrument to see if I could find any interesting aspects that could be used compositionally. Through that research, I discovered that a cousin of the English horn named the ‘vox humana’ had been invented at the end of the 18th Century, but disappeared a few decades later. I loved the name of this long forgotten instrument for three reasons – its descriptiveness of the timbral character of the English horn, its suggestion that a human voice could be used in the work, which led to the inclusion of the soprano part, and its inference to a much broader concept of the voice of humanity writ large and the plight of the human condition”. Soprano Danielle Buonaiuto will be the featured vocalist in Vox Humana.

“After Anna agreed to allow me to include a voice part – her father was a singer – I contacted Brian Turner, a good friend and award-winning poet to help me create the text for the work”, says Deemer. “Turner quickly suggested that this would be a wonderful opportunity to collaborate with his wife, noted poet Ilyse Kusnetz, and several months later they delivered a heart-rending poetic text that spoke to the plight of refugees from currently war-torn areas such as Libya, South Sudan, Syria, and Afghanistan. Taking this region as a cue for my musical material, I incorporated a number of aspects from the performance technique of the Duduk, an Armenian double-reed instrument that has its origins in the Middle East and central Asia. These aspects include a haunting, lyric quality, the incorporation of florid ornamentation, and the common use of drones underneath the performance of the instrument. The penultimate line in the text reads ‘These are the names of those we’ve lost’. These words added immense poignancy when, less than two months after the text was delivered, Ilyse passed away. While I was never able to meet Ilyse in person during our collaboration, she was very much on my mind as I composed the work and will always be indelibly linked to her beautiful words. I have dedicated the work to Anna Mattix and to Ilyse Kusnetz”.

The program, which also features the Canisius College Chorale under its longtime Director Frank Scinta, includes Gabriel Fauré’s early choral masterpiece, the Cantique de Jean Racine, composed some twenty years before his exquisite Requiem, and exhibiting some of the refined simplicity of that later work. Grammy-winning American composer Eric Whitacre composed his Five Hebrew Love Songs to poems written by his then girlfriend, Israeli soprano Hila Plitmann in 1996 and later adapted them for chorus in 2001. The earlier version of Beatus Vir (Psalm 111), for 5 voices, double chorus, 2 oboes, 2 organs, double strings and continuo in C major (RV 597), by Antonio Vivaldi, is the most often performed version, due in part to the triumphant concluding “Gloria Patri” movement in which the choruses sing with vigor and convey a sense of angelic majesty. The very full program will conclude with a performance of Wolfgang Amadeus Mozart’s magnificent final symphony, the Symphony No 41 in C major K 551, known as the “Jupiter”.

Penderecki at the Albright Knox
Catch the Trout Quintet