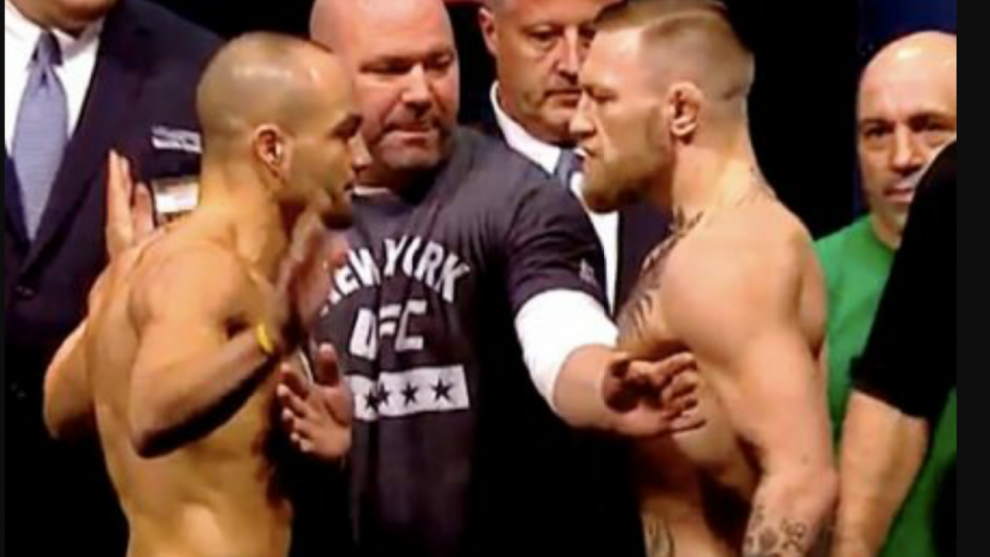 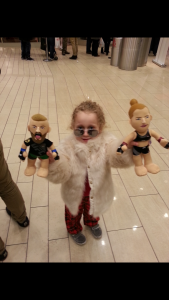 The Spectacle that was the UFC 205 Weigh-ins, the first televised UFC event ever to be held inside Madison Square Garden, – the holiest of holies to sports fans worldwide – definitely did not disappoint. From the nearly 20,000 screaming fans, to the ever popular chats of “Ole Ole Ole!” to the, yes, booing – remember, as New York’s Finest put it “this is New York baby”.

In addition to Connor McGregor, the man they all came to see, fans were treated to an unexpected surprised when the elusive and astronomically popular former woman’s 135 pound champion, Ronda Rousey, took the stage to promote her December 30th return to the octogon. 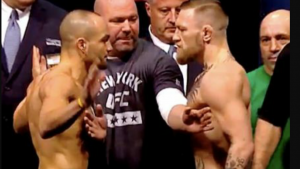 The real star of the night, however, did not make it to the stage. As stated in an earlier article, with the UFC, everything is about the fans. Tonight was no exception. 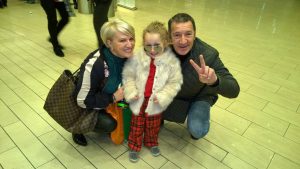 It would be reasonable to assume that when you are the immediate family of one of the most famous athletes on planet Earth and attending one of his events, you would be surrounded by security and hurried in and out of private entrances. But not in the UFC. Not even for the family of the Irish superstar Connor McGregor, who had flown in from their native Dublin to watch McGregor headline the evening, or so they thought.

Artvoice happened to be on hand as they walked themselves out a public entrance and onto the street. In so doing, taking immediate notice of the true star of the night, 5 year old Action Jaggi. Action – the pint size mini-me of McGregor himself complete with a tiny but identical version of the red suit, white fur coat, and sunglasses that McGregor had worn on stage at the, now notorious, press conference just yesterday – was holding court in the lobby of Madison Square Garden entertaining photo ops with dozens of fans of his own. 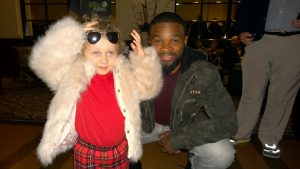 Action, having been chauffeured in to New York for Fight Week by his parents from their hometown of Erie, PA, has been here entertaining fans since Tuesday. “We don’t have tickets to the fight. We just decided to make this our first vacation since our honeymoon and enjoy all of things going on” explained Joe Jaggi, “Some lady on the street fell in love with him and was nice enough to give us tickets to the weigh-in tonight.” “He turned 5 on August 11th and I signed him up right away to take Brazilian Jiu Jitsu classes with me at Underground MMA back in Erie” continued Jaggi, “he watches all of the fights with me and my friends at Buffalo Wild Wings and since he started BJJ classes he actually understand most of what’s happening in the fights.” 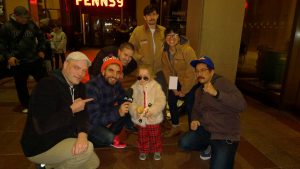 The young superstar himself was quick to chime in when he felt like it. “Do you know who they are?” Asked Action, holding up two dolls, “This is Connor McGregor and this is Rhona Rousey. She’s bigger than he is.”

ARTVOICE: “That’s because you’re holding her up higher.”

“That’s because I don’t like him as much” Action explained.

Back in the lobby of the event hotel were hundreds of fans and autograph seekers clamoring for a chance to meet their favorite fighters, who were more than happy to stop and grant all requests. For Action, however, this meant it was time to go back to work as the fighters noticing the mini McGregor submitted their own requests for photo ops. First it was top ranked female fighter Raquel Pennington, who’s request was unfortunately met with “No I don’t like her” and even superstar and former 185 pound champion Chris Weidman’s ask being simply met with “No”. Reigning 170 pound champ Tyrone Woodley was, however as lucky as Clan McGregor had been earlier in having his request approved. “Would you like the meet Tyrone Woodley, the champ?” asked Joe. “Yeah, bring him over” was the response from “Mini-McGregor”. “But, he’s the champ. We have to go to him.” After continued negotiations however, the 170 pound champion accepted his “call to Action”.

The littlest fight fan is sure to be watching the action tomorrow from somewhere near Madison Square Garden, as the UFC makes sports history with 205 headlined by the real life – and a few sizes bigger – McGregor attempts to become the first ever simultaneous two division champion in the UFC.

Keep it locked in here for of the behind the scenes maddness from “the UFC in NYC at MSG.”