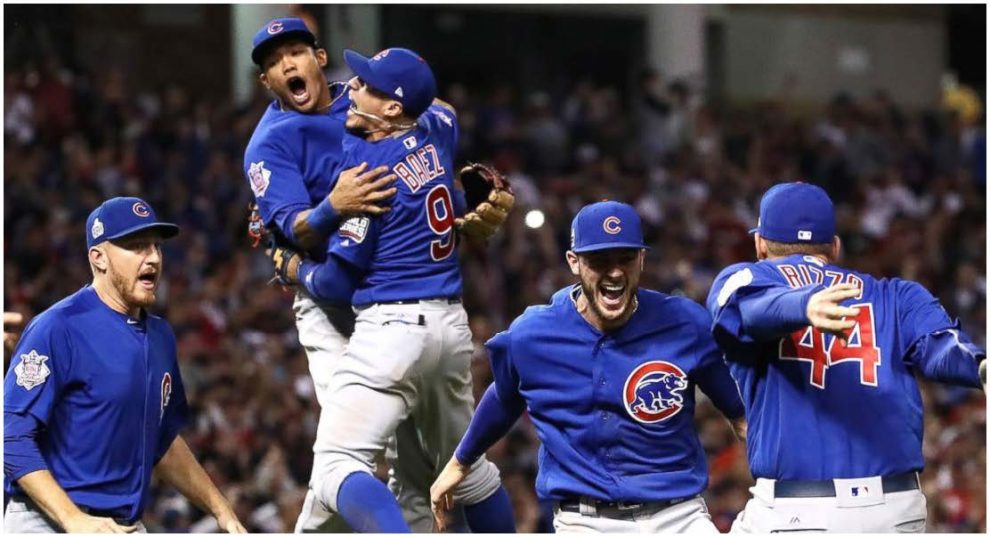 Our annual year in sports favorites can be summed up by yet another familiar refrain…no Bills in playoffs, no Sabres in playoffs, no Bisons in playoffs. It is getting to the point that playoff parties in the plaza in the new spring air are becoming but a fading memory.

But as always, we mine some of our favorite pieces of the year in our recap. Merry Christmas and Happy New Year to our friends, associates, fellow sports road trip enthusiasts and readers. We appreciate this opportunity to represent Artvoice in the sports media and look forward to a great year ahead.

And now, here are our top picks…

March 12 was a magical night for University of Buffalo athletics, as both the men’s and women’s basketball teams won their respective Mid American Conference basketball championships to punch their tickets to the NCAA tournament.

For the men, it was déjà vu. After winning their first ever trip to March Madness in 2015, they became the first MAC school in 14 years to win back to back championships. This time it was by defeating number 1 seed Akron in the finals, 64-61.

It wasn’t easy. The Zips were favored to win the tournament and the automatic bid to the NCAA’s. But UB kept a close game throughout, and with two seconds left, junior Blake Hamilton nailed a three point shot to win the game.

For the women, the win was equally dramatic. Playing the Central Michigan Chippawas, this one went to overtime, and with the score tied and down to the final seconds, it was sophomore Stephanie Reid who put up the one handed runner that banked off the glass and into the net to win the game for Buffalo.

In Chicago, a very unconventional proposal

You’ve seen it many a time. A media timeout at a sporting event, and with the help of the host team, a fan pops the question to his mate on the video board. She says yes, out comes the engagement ring, the crowd applauds. A warm moment for all.

It happened again earlier this month , but this was no ordinary proposal. Chicago Bulls fan Jake Conrad took to social media to plan a marriage proposal at center court of a Bulls game. To his boyfriend, Michael Holtzman.

Contacts were made with the team, the front office signed on, and it all unfolded as a big surprise to Holtzman, who had no idea something like this was coming. Down on the court, the cheerleaders and the Bulls mascot, along with the presence of former Bulls great Scottie Pippen all took part in the hoopla.

Holtzman said yes. The crowd roared their approval, along with applause from both the Bulls and San Antonio Spurs players on their benches. A gay marriage proposal at a big league team was in the books. And another glass ceiling in sports was instantly shattered.

The goals stack up on the Eichel Tower

Anybody who is skeptical about the presence of Jack Eichel and what he brings to the team just needs to look at the Sabres performance without him.

Eichel suffered a leg injury during team practice just prior to the season opener against Montreal in October. Coach Dan Bylsma, dealing with Eichel amongst a long and horrific spate of injuries, had to cobble together a roster of minor league callups to plug in the holes. The team once again found itself in the bottom of the conference standings.

In the seven games since Eichel’s return, the team is 4-2-1, Eichel has five goals and three assists and has earned first star of the game honors twice.

“His return and his presence instantly makes everyone surrounding him that much better,” said coach Dan Bylsma after a team win against Edmonton earlier this month.

Just go on You Tube and check out last season’s goals, many of the highlight reel variety. Eichel just turned 20. The best days are yet to come.

The former Buffalo Sabre enforcer and goon found himself was now playing for Arizona, and when it came time for fan voting for NHL All Stars, he somehow became a fan sensation, fueled largely through fan message boards and social media, and started getting votes to be on the squad. By the boatload. The Coyotes’ journeyman was heading to the league’s showcase event, and the front office suits couldn’t be more horrified.

So what happened next? His team traded him to Montreal, where the Canadiens promptly shipped him to the minors, making him ineligible to play in the All Star Game.

The backlash was instant. So much so that the league had to allow Scott to play. Which he did. And he scored two goals in the largely entertaining exhibition. And his teammates carried him off the ice on their shoulders.

Scott is retired from hockey. But for him, his family and his supporters, a moment in life he will never forget.

Maybe it will be the loss to the Pittsburgh Steelers on December 11 that will be the straw that broke the camel’s back.

On that dreary and snowy Sunday, Bills fans witnessed a quarterback who couldn’t throw, a defense that was marketed and touted as a bully yet couldn’t top the run or anything else thrown at them, a head coach and his oafish assistant head coach and brother looking totally lost, and an organization in shambles. Pittsburgh left New Era Field on that Sunday as the only team in the AFC that the Bills have not beaten in this millennium.

So what happens next? The coach will be fired, as a scapegoat is needed to placate the bloodthirsty disgruntled fan base and media. The search will be on for another marquee quarterback, to add to the list of the dozen or so players at the position who have tried and failed during the playoff drought. The team president will be given a vote of confidence by ownership, never mind that beyond selling suites, advertising and sponsorships, knows little about running an organization or building a

culture of winning. Oh, and ownership? They will continue to sell ice cream, beer, cupcakes and fruit smoothies under the One Buffalo brand. Priorities.

A 2017 marketing slogan, “In The Hunt” sounds just about right. For that is where the name “Buffalo” often appears on broadcast graphics, only to disappear for good after Week 13.

The Rio Olympics were a hot mess, with green swimming pools, crumbling infrastructure and planning catastrophes. But the most fascinating story was that of Rochester’s Ryan Lochte, member of the U.S. swim team.

Lochte showed up to these games with his pomp and swagger, his hair dyed bleached white, and looking constantly to be the center of attention. He got just that, when he claimed that he and several younger teammates had been pulled over and robbed by armed robbers flashing badges and weapons.

Surveillance footage later showed that it was all a lie, and that in fact Lochte had stopped at a convenience store to use a restroom and then proceeded to vandalize the facility. When it became time to face the music, Lochte was long gone from Brazil and back in the United States, leaving the others to deal with arrests and prosecution.

Just this week Lochte announced that he and his fiancé are expecting a child. He remains under suspension from the United State Olympic Committee.

Hope springs eternal for Buffalo fans, just watching what happened across the sports spectrum in 2016.

Down the I-90 in Cleveland, their fans finally got to enjoy a championship parade, the first in most everyone’s lifetimes, as the Cleveland Cavaliers, led by hometown hero LeBron James, came back from a 3-1 deficit in the NBA Finals against the favored Golden State Warriors to win glory for their city. Who could ever forget a weeping James on the court, embracing every moment of the magnitude of the accomplishment?

Just months later it was the Chicago Cubs winning their first World Series in over a century, denying the Cleveland faithful a second chance for a victory parade. The epic drama filled games reminded everyone why baseball is the most enduring and compelling of all American sports. And no more will the Cubs be painted as the lovable losers.

Across the Pond in the United Kingdom, it was Leicester City as the unlikeliest of teams making an incredible run to win the English Premier League title. Powerhouses like Manchester United, Chelsea, Manchester City and Arsenal, along with their supporters, could only watch in amazement as this rag tag group, having come out of relegation, put together a magical season.